Coronavirus Updates News May 14 / Submitted by Anonymous (not verified) 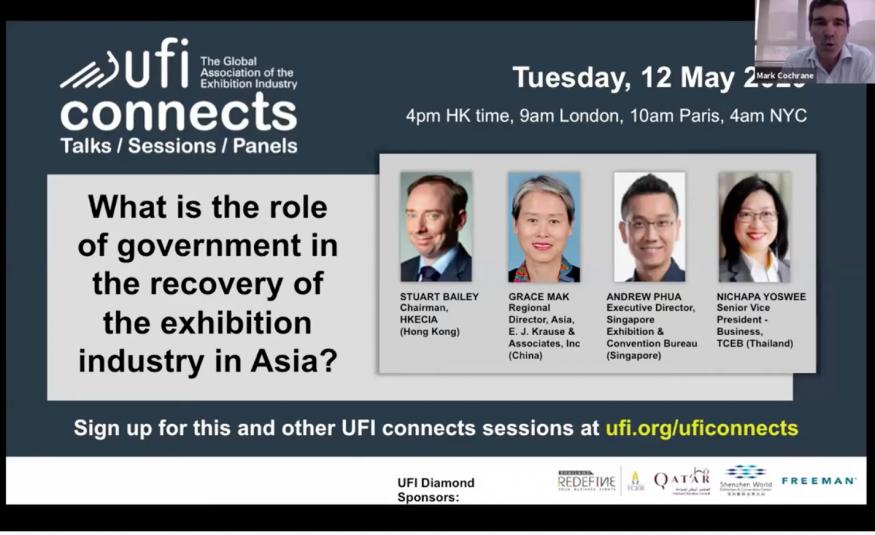 The 12 May UFI Connects webinar session, ‘What is the role of government in the recovery of the exhibition industry in Asia?’ produced some great market insights, including news of intentions to open tradeshows in Shanghai in June and an update on various subsidies available around the region.

The first market to be examined by the panel was Hong Kong and Cochrane briefly outlined the government support there for economic recovery from Covid-19. He noted that measures included a US$130m subsidy scheme for the convention and exhibition industry and a 100% of venue fee subsidy for organisers of international fairs and conferences held at Hong Kong Convention and Exhibition Centre and Asia World Expo. That was valid for 12 months from the date that events resume in Hong Kong.

The scheme also offers a 50% discount on participation fees for local SMEs at exhibitions or conferences run by the Hong Kong Trade and Development Council (HKTDC), a sum capped at HK$10,000 and also available for 12 months.

Separately, there is a US$144m earmarked for the Hong Kong Tourism board to promote Hong Kong tourism through to March 2021.

Stuart Baily said that, in Hong Kong, there would be, “efectively no major trade events this year”. Although the situation in general he described as “pretty sad”, he noted he had personally had more conversations with people in the events industry over past three months than ever before.

Bailey said that, while organisers had gratefully accepted the various government measures to help the industry, it was, he said, “disappointing in the way it is administered”. Organisers, he said, under the scheme, must pay venues up front in the usual way, before claiming to be reimbursed 6-8 weeks after their exhibition takes place.

Bailey said the problem was really all about cash flow. “We could use that money in other areas such as visitor promotion and to ensure that our suppliers are getting paid,” he said.

Local SMEs could get a grant of $1,300 towards show booths, but that only applied to HKTDC exhibitions. “Bailey called it a good initiative, but thought it should be enjoyed by small companies wanting to join any trade exhibition, regardless of whether it is TDC endorsed or not. “We’d like to see the opportunity passed on to them,” he said.

Bailey also flagged Hong Kong’s employee salary subsidy scheme, which pays employers up to 50% of an employee’s wages, capped at US$1,150. He thought it was “a relatively small amount”, particularly when compared to places like Singapore.

“All measures help and we are grateful, but it is not really enough to survive and kick on to next stage,” he said, noting that talks with government were continuing and the association was also lobbying for a commercial rent subsidy scheme. 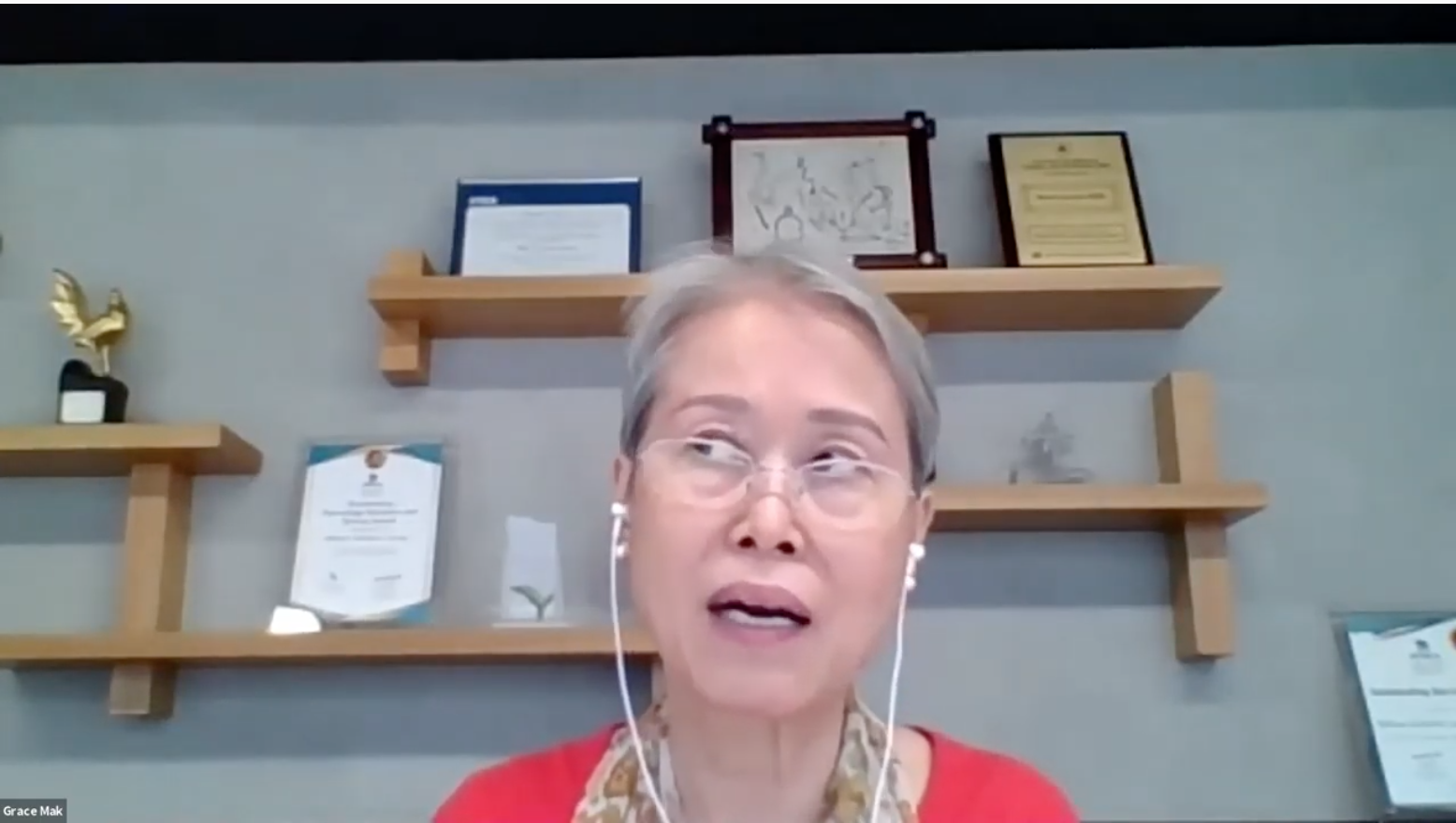 In Singapore, Mark Cochrane noted the main points of the Resilience Budget for the Tourism Sector, which had a jobs support scheme covering 75% of wages, capped at S$4,600 month. The state also had brought in tax rebates and increased subsidies for education and training.

National CVB chief Andrew Phua noted that the Singapore government had acted to prioritise health and wellbeing over economic gain at the initial stage, but noted that a tourism taskforce had been looking at recovery strategies with stakeholders in the sector.

The job support scheme had received a good response, Phua noted, and runs until the end of May. “We are now looking at the measures to ease as we progressively open up the economy,” he said.

“We are using downtime to beef up training, with subsidies up to 90% and we are adopting virtual formats together with our regional trade association SACEOS.”

Phua underlined that safety measures would be the new norm and said his organization was grateful to global association of the exhibition industry, UFI and colleagues in Germany for coming up with a new industry framework, or playbook  for the sector to adhere to when running events in the ‘new normal’ period.

Phua identified three elements to the task ahead:

Things could even move fast, with Asia-Pacific, he thought, likely to be the first region to return to new normal.

It was important to carry technology lessons and experience forward, Phua said, and “to embrace digitalisation and innovation in tradeshows in times to come”.

He gave the example of Singapore’s launch of the WeChat mini programme targeted at Chinese visitors. “And we are looking forward to introducing more digital tools as we host business events in Singapore in future,” he added. 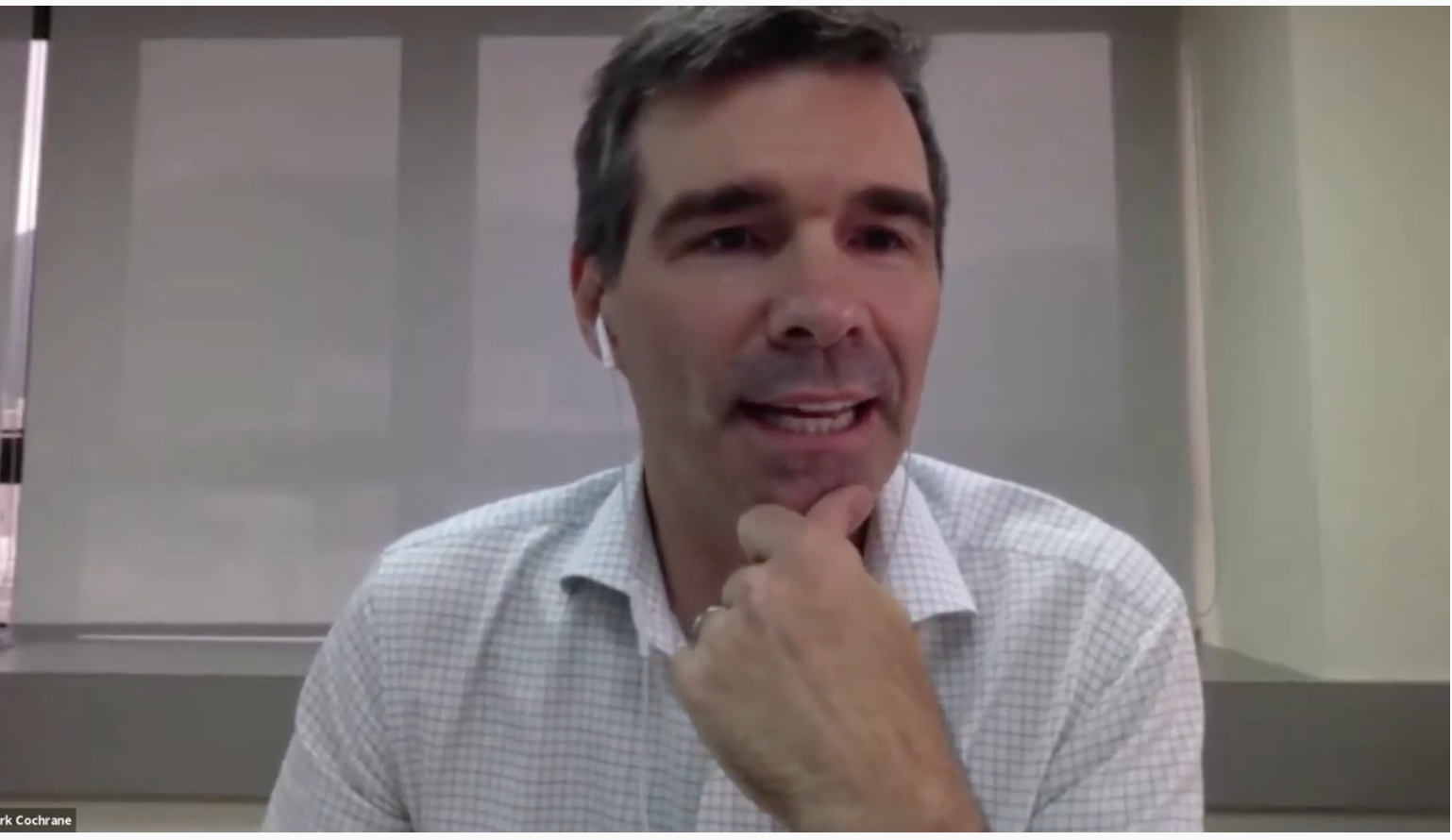 In Thailand President Nichapa Yoswee noted there was also a $15.6m package for restoration and recovery for the MICE industry. She added that, “Since the outbreak the Thai government has come up with three phases of economic relief and stimulus measures worth more than $7bn.” This had included cash handouts, tax relief and wages compensation.

Thailand was now reporting single digit new cases of Covid-19 as a result, she said and the government was looking to open up the economy in phases.

The first included restaurants and some hospitality, but TCEB, said Ms Nichapa, was pushing for MICE to be included in the second reopening group in June, all being well.

TCEB had supported 56 internationals exhibitions this year, the TCEB MICE chief said, with five major events cancelling. The remaining 51 would be held, she said, before end of year. “We have had past crises in Thailand and that has given us experience,” Ms Nichapa noted, explaining that TCEB had activated its business continuity already in January, with a three R strategy of Response, Recovery and Restoration.

TCEB, said Ms Nichapa, continued to work with clients on commercial insights and impacts and had come up with some “super tailor-made subvention programmes”. 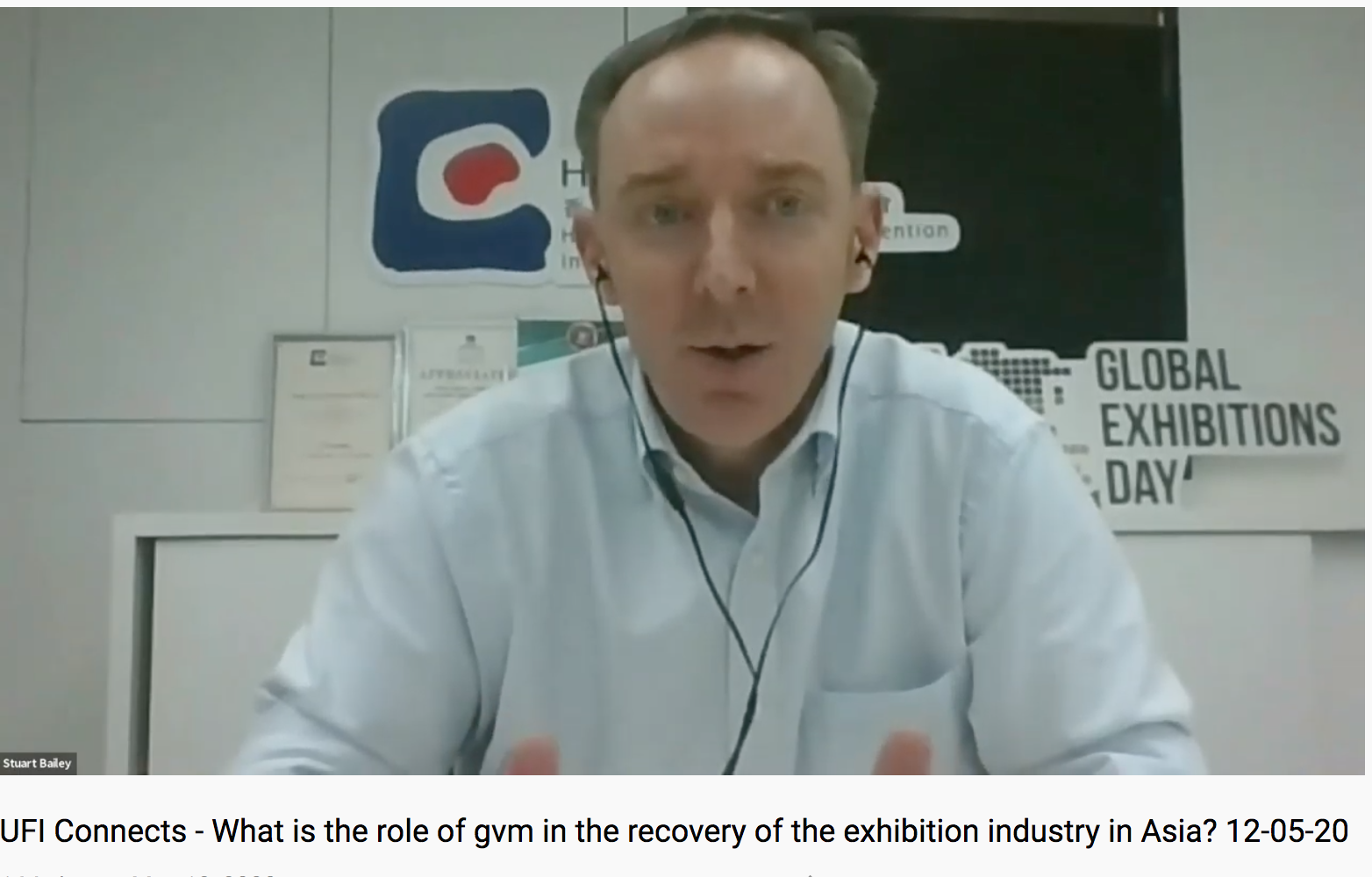 Mark Cochrane noted that in China it was the cities and provincial level authorities that were advancing various economic support schemes rather than the central government.

In Beijing the authorities had created a subsidy for venue rental up to CNY500,000 for each major event project, while, in Guangdong, a maximum of 50% the financial cost for eligible companies to participate in exhibitions and for trade promotion activities was available, up to CNY100,000

EJ Krause’s Grace Mak welcomed the general “good news” from China in terms of getting on top of the outbreak.

The Chinese government has taken steps to support this industry very early, said Mak, starting in February. There had been an innovative approach to using technology both to track the disease and to help exhibitions.

The Hunan Auto Show, the first major tradeshow to come back and which took place on 30 April, said Mak, had been “unbelievable”, with 60,000sqm of show floor taken and 62,000 visitors.

“Everything was carefully planned out and the local government played an important role, liaising with different parties involved to come up with a plan of health control. It was a very successful event and an indication that it is possible to start reopening the industry if government and local stakeholders work together.

Mak said she was also impressed with a creative incentive programme that had injected 30m yuan in subsidies for car sales at the show.

“Won’t, however, see a lot of shows with foreign participation any time soon, due to travel restrictions,” said Mak, but noted that the decision taken by China’s State Council on 7 May in laying out guidance for emergency response measures had also allowed exhibitions to open – “the first official announcement that it is safe to reopen the exhibition industry in China”.

Mak also explained how the Health Code tracking system in China had worked in Hunan, via an App for tracking body temperature and contacts. “You get a green pass and need to show it in subways, supermarkets, etc,” said Mak adding that it had proved its effectiveness.

General Manager of SNIEC in Shanghai, Michael Kruppe, described the Hunan event as “a kick off for all of us. We have received an official ‘Go’.”

The venue chief said official policy was now to let organiser and venue handle the control points and safety measures for opening tradeshows. He thought the move was just “common sense”, although, said he would welcome some official guidance on recommended visitor limits and what was safe in the eyes of the government.

Kruppe noted that some show organisers were looking at reducing square metrage and length of their events, which meant there could be more room to allow other postponed shows to fit in to what was a busy end-of-year calendar.

“People are getting excited in Shanghai,” said Kruppe, “with two or 3 large B2B shows possibly opening in June.”

When asked by the audience about whether this was totally safe, he answered, “there is no 100% safety in this situation. We have designed protocols. But anything square metre related that you can catch from the government you should do it!” he said, while admitting the speed of the decision had come as a surprise.

CEO of Melbourne-based Talk2 Media and Events, Matt Pierce asked whether, “Given the blanket of mass gatherings that has been thrown over us all, is there a recognition that business events are not mass gatherings but have greater control?”

Stuart Bailey thought the Hong Kong  government hadn’t made its position clear, but it was largely pro-business, “so likely they will make distinction”.

Ms Nichapa said the distinction was not an issue in Thailand. “They are presented as separate sectors, MICE and Festivals.”

Natalie Song from the audience wondered whether there was a road map for event organisers based in Europe to guide them back to shows in this market.

Andrew Phua took up the issue: “We are monitoring source markets and looking to create a travel bubble. Like Australia and NZ and the Baltic States have done. “We would be happy to look at ASEAN bubble.”

Bailey noted Hong Kong had had 23 days with no new infection, although he cautioned that new waves of infection could mean some would be playing global ‘whack-a-mole’ if the virus breaks out again

Nevertheless, he thought a North Asia free movement zone could emerge as a bubble for business.