The effects of Covid-19 on the Italian tradefair system 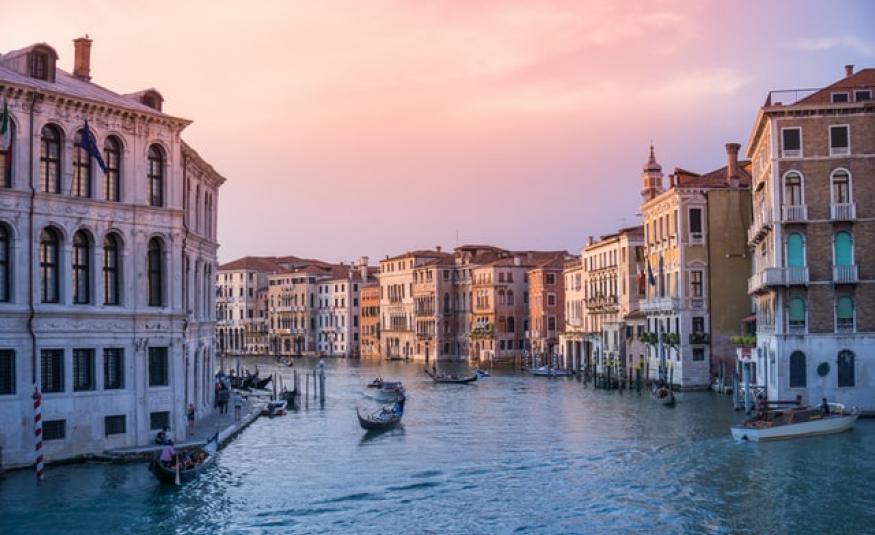 The news of a new virus that was affecting China came just as Italy was starting its communication activities regarding the year’s exhibitions. This would have been our events infographic. 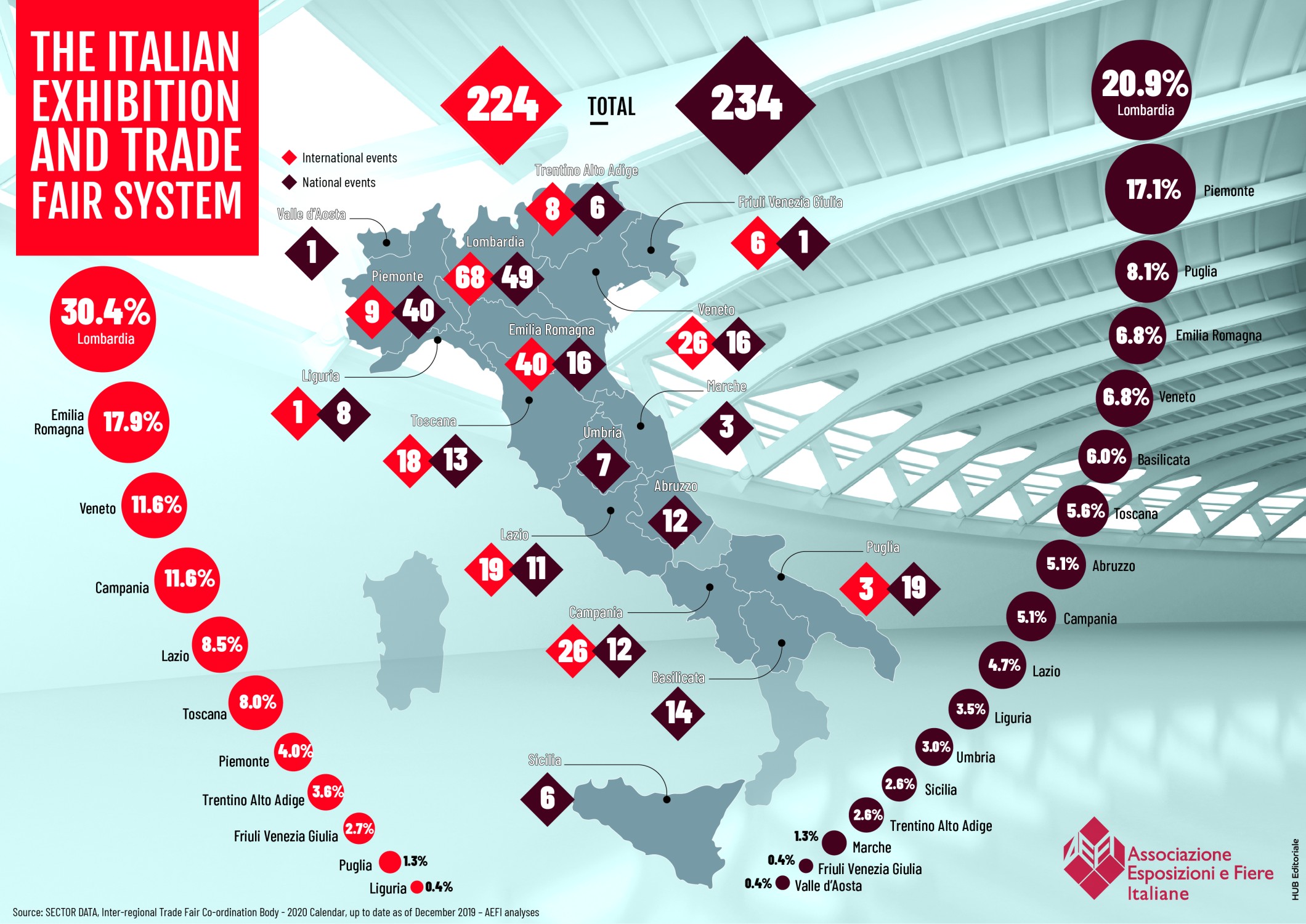 In the West, and across Italy in general, we followed the phenomenon as if this new virus were something that would touch us only in terms of our relationships with the Chinese market.

We watched on, through the eyes of the media, as the Chinese community closed schools and factories; we spoke about a slowing of sales for all those Italian firms that conduct significant business in China but we failed to consider how globalisation means zero borders, even for viruses.

2. The measures adopted by exhibitions and courses of action for the sector

The first action taken by the Italian government was to close its borders, which meant an immediate and significant reduction in the numbers of Chinese and international operators attending our exhibitions.

At that time though, we were more worried about not discriminating than the possibility of becoming a victim ourselves.

Once the first focuses of infection were identified in Italy on 21 February, this led to a series of measures and governmental/regional orders aimed at containing the spread of the epidemic.

Exhibitions and events were the first activities to be stopped, before a decree on 21 March also put a stop to production activities, with the exception of any manufacturing deemed essential.

And so, Italian exhibitions, which generate 60bn euros of business each year, involve approximately 200,000 exhibitors and 20m visitors at 1,000 events, have been severely hit. 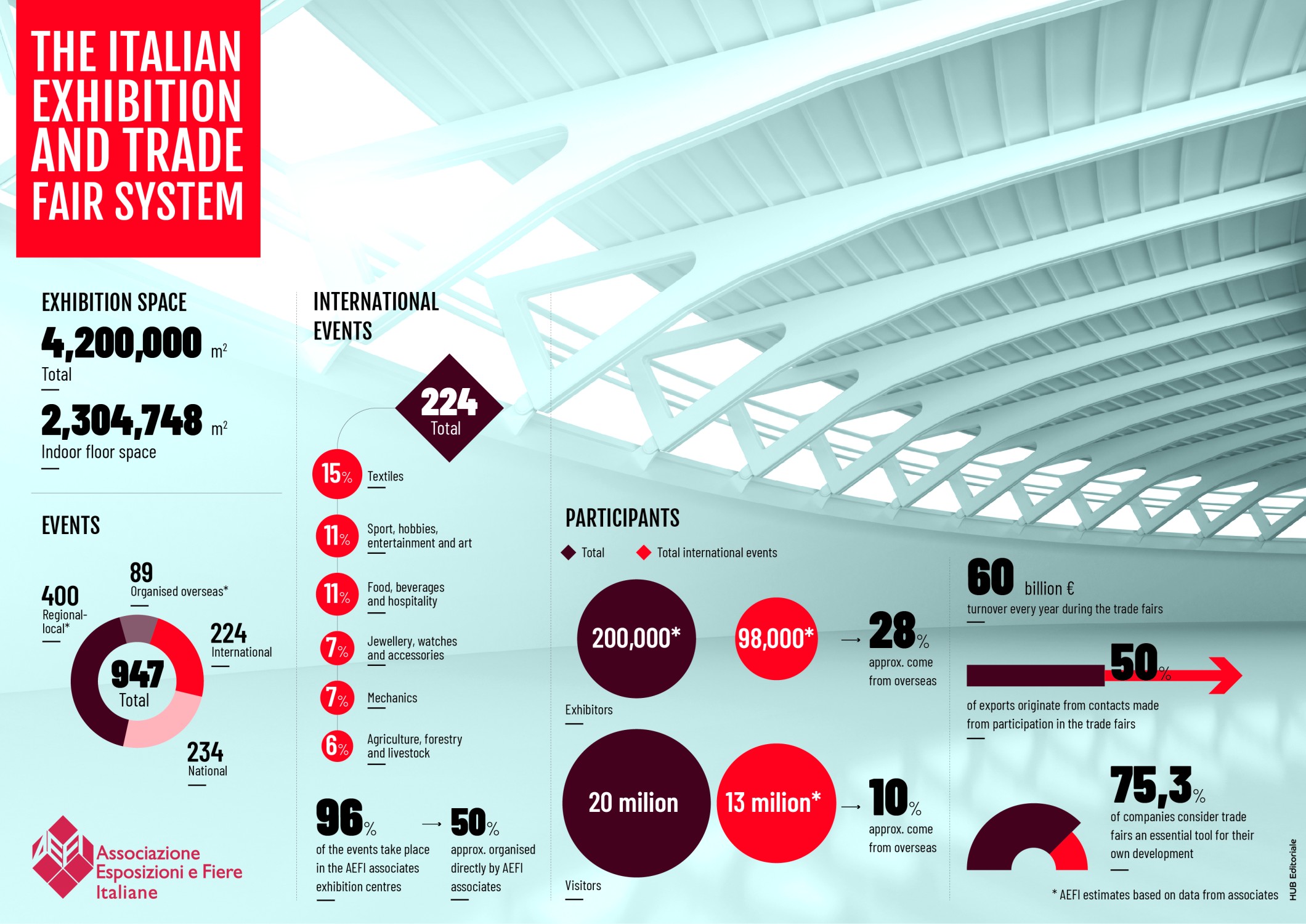 The Italian exhibition sector – fourth in the world in terms of exhibition space, after China, the USA and Germany, and second on a European level, after Germany – immediately tried to react, postponing events to contain the economic damage, despite knowing that to change a date essentially means reorganising the exhibition in a short space of time.

And that’s not all, as postponing also means working during a period that probably does not coincide with the national and international calendar for the sector in question. There are also enormous liquidity issues due to the payment of advance fees without the expected revenue.

The prolongation and worsening of the crisis in Italy and its spread to other countries in Europe and around the world has led to constant changes and rescheduling.

3. The initial impact on the figures

As of late March, the situation in Italy was as follows:

The numbers are in constant flux, due to both questions over the duration of the emergency and a new decree that extended the closure of activities until at least mid-April.

Despite it all, our exhibitions have launched a series of initiatives to allow operators on the global market and exhibitors to keep in contact and, therefore, enable the development of commercial activities to safeguard the various sectors.

We are all doing our best, well aware that the goal is to see the swift return of our exhibitions because a physical presence is the perfect dimension for the showcasing and promotion of Made in Italy excellence.

Italian exhibitions have taken all possible actions to tackle this situation with specific measures so as to continue to be a flywheel for the development of the economy and the country.

AEFI has communicated with all authorities and national institutions and is working in close contact with the Regions, responsible for trade exhibitions in Italy, and with the sector’s international associations, namely EEIA, EMECA and UFI.

Never before have we appreciated quite what it means to have no barriers: virtuous behaviour on a national and international scale is not enough.

What’s needed is alignment with the world market, in the knowledge that we will be able to formulate new solutions with which to relaunch the Made in Italy.