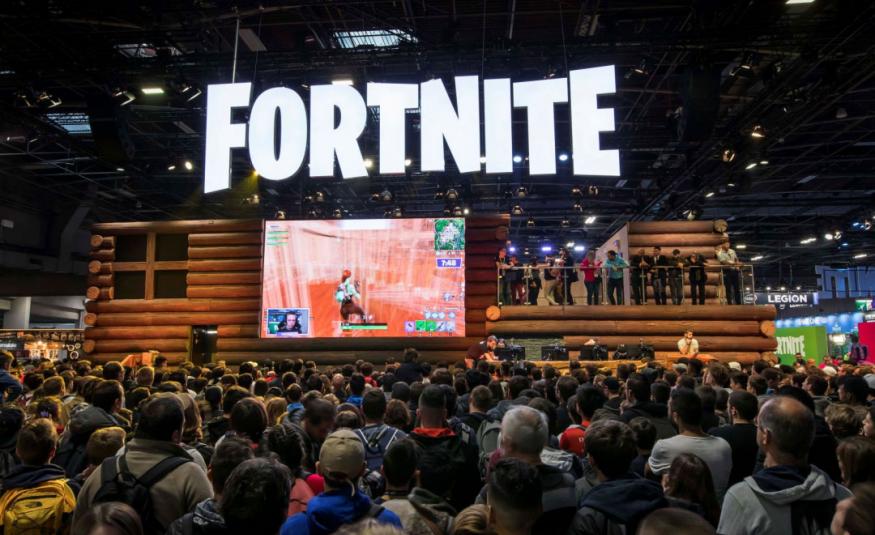 I think it is important to start the journey where is really begins, which is with the client brief and goals. Epic Games is an inspirational company, with a culture of genuine focus on ‘fans and community first’.

Fortnite is a global phenomenon, but Epic Games are no one hit wonder. This culture of making sure the fan experience is at the heart of everything is what ultimately drove the brief as well as our creative approach to delivering one of the most ambitious exhibition stands ever created.

It was not the largest nor the most refined of material finishes, but it was a stand where the priority was to create something unique and true to Fortnite and its fans.

Moreover, it had to be led by the experience and these goals, and not by the limitations and constraints of site, timelines, budgets, or anything else. 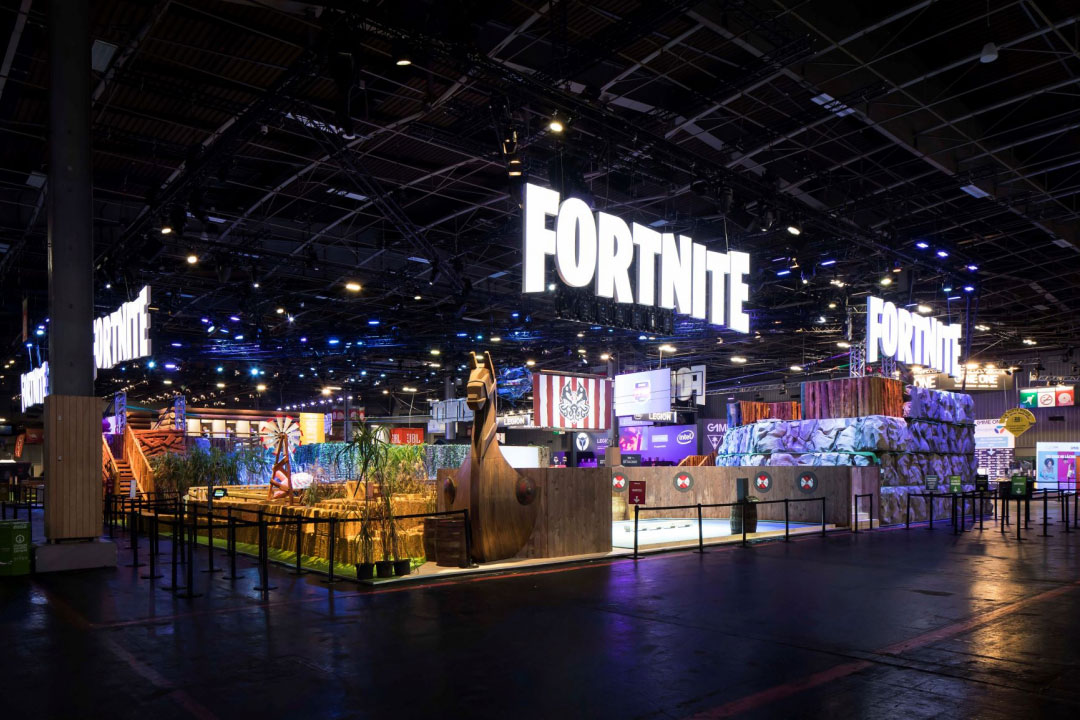 The process is best described as a world-class relay team, where each leg had to run not only a personal best but a world record.

From the client sharing and enabling on a huge uncompromising vision, to the Envy creative team coming up with the designs and experiences and production - solving how this could be achieved on site and executed without compromise - our mantra was always about having no boundaries. We were one team, irrelevant of client versus agency or design versus production and always pulling in a common direction.

The many challenges helped strengthen our resolve and focus. Many of these would have diluted the outcome had a normal approach been taken by any of the teams. Instead we relished the challenges.

We received the brief six weeks from site, when most companies had already passed their production deadline cut offs.

We also knew that there were only three days of build on site for a complex 20,000 sq.ft. stand.

The show had never seen a stand of this complexity and unions and officials of Paris quickly became blockers in the process. With a stand containing a multi-deck, 2 x zip lines and delivering a Guinness Book World Record, we understood there would be concerns, but worked hard to overcome them. We must have been through hundreds of ‘you can not do this’ statements before reaching approval.

Our creative vision was to deliver a one-off unforgettable Fortnite theme park of experiences.

At Envy we believe marketing enables sales leads, whereas brand experiences creates fans, and fans will share and delight in bringing a wider community in to also be fans. That is where the genuine long-term return lies. The Fortnite stand delivered beyond any stand we have ever witnessed. 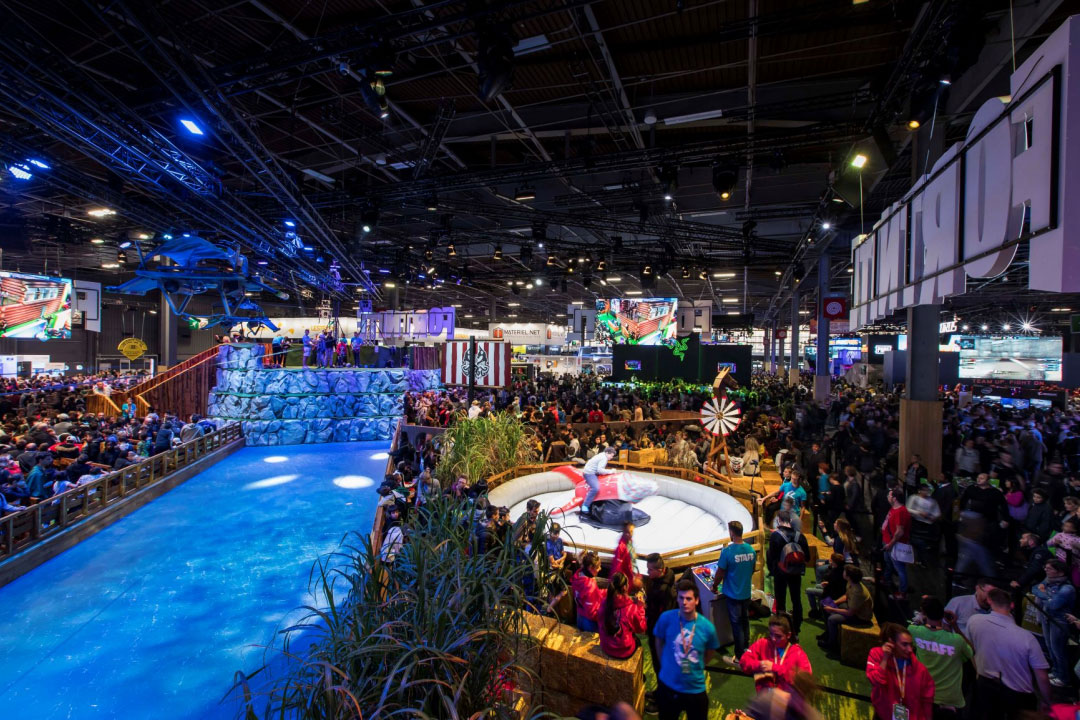 Every section of the stand was an in-game experience themed to scale and recreated on the show floor. Fans engaged in a highly memorable way: from dropping in to the game with the glider above, by ziplining across the entire length of the stand and then receiving a video of the experience dropped in to the game, we brought the digital and physical worlds together, blurring the lines and creating true game and brand immersion.

Other experiences included a digital Fortnite dance-off in Groovy Graveyard against in-game characters, and bringing to life the Halloween-themed elements that had appeared in the game at the time.

An example of this was our Halloween themed ‘possessed llama’ with its spinning head and spitting out smoke scaled to life-size as part of the Groovy Graveyard experience, which included floor pressure sensors as triggers and bearing parts developed for Formula 1 racing, as discovered by our engineering team.

This collective team approach ultimately produced what we are proud of as this amazing Platinum Award Winning Stand.