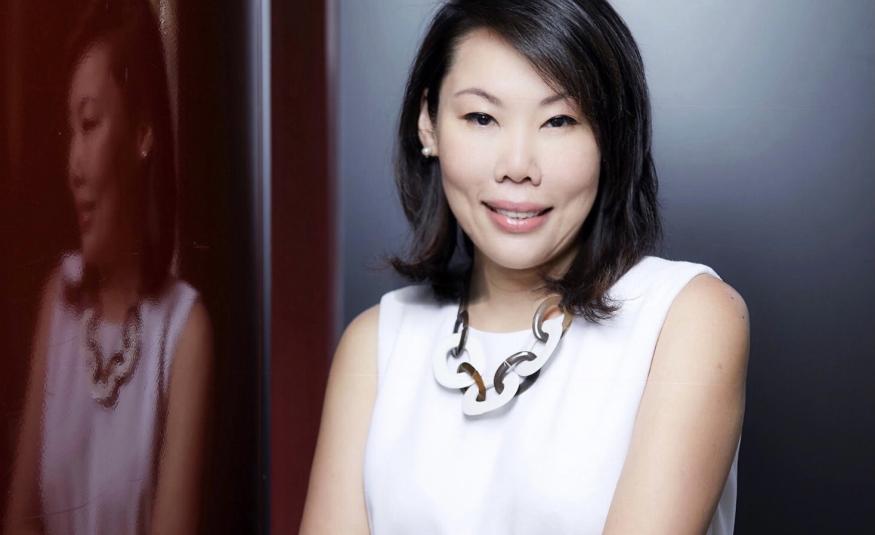 Paul Woodward talks to Comexposium’s Asia chief, Elaine Chia who sees the organiser’s role not as a logistics business, but increasingly more of a networking conduit for bringing customers and buyers together

Elaine Chia covers a huge territory in her role as CEO of Comexposium’s Asia business. With operations from Australia and New Zealand across all the way to India, there has been a lot to manage in the past 12 months, especially as most of that has had to be done remotely. Almost all of the markets in which she operates have been effectively closed for regular trade fair business.

Like most international organisers, though, China plays a significant role in the company’s Asia business. When we spoke, Comexposium had been running and operating fairs there for 12 months. But, clouds were building as the Delta variant of Covid-19 began to take hold in China. New lockdowns and postponements of August events were being announced as we write including some fairs in Shandong province Comexposium acquired earlier this year.

Typical of the year’s challenges in 2020 was relocating SIAL China, the company’s largest event in the region. Moving from its normal spring slot at SNIEC Shanghai to October, the only space available was the NECC in Hongqiao. “So there was quite a big learning curve for everyone in the last 12 months,” says Chia in terms of logistics.

This year, the event was back in its regular May time slot. Chia acknowledges that, as a very international event, it is smaller than usual. Restrictions on international travel have, she says, “have affected us quite a bit in terms of the size of the show”. But, she has been pleasantly surprised by the quantity and, more importantly, quality of visitors. Unable to travel to other international shows, she says, many important Chinese buyers have had “to find some interesting trade shows to visit locally”.

When we spoke, Chia was anticipating that international travel would start to re-open more normally after summer next year. That will presumably now depend on how quickly the latest outbreak is controlled. So, they are expecting a better show next year and to see SIAL China back to previous levels by 2023.

In the meantime, the company took what Chia describes as a “leap of faith” and became one of the few this year to launch a new event; a SIAL for south China in the new Shenzhen World venue.

For those who can’t travel, Chia’s team has been developing new and enhanced online matchmaking services. As well as deploying these at the face-to-face events, they have been curating online meetings. She gives the example of a group of Turkish ‘exhibitors’ for whom one-on-one virtual meetings were organised with appropriate buyers. Services included providing translators.

Chia emphasises that this was not some kind of virtual exhibition. “It’s more effective to do proper engagement,” she says.  “We thought it is probably much more targeted and effective if we specifically understand what both buyers and sellers want. They don't need to go all over the shop looking and hunting for it”. While this sort of serendipitous search approach can work quite well on a traditional show floor, she doesn’t believe it is at all effective online where a different approach is needed.

Chia believes that there have been some fundamental changes in mindset as teams which were unable to deliver traditional events have focused on other strengths. “We are not a logistics business,” she says. “More and more, we see ourselves as a networking conduit for bringing customers and buyers together”. That has required a real change in thought processes in the teams but, Chia believes it will outlast the pandemic even though she remains very enthusiastic about getting back to the traditional show floor.

As well as the match-making, some of Chia’s teams in markets such as India and Japan have focused on the considerable industry expertise they have in house. Research reports for those industry have helped generate some revenue while waiting for regular events activity to return.

When we spoke, Chia was in her home town of Singapore which, amidst a worsening Covid Delta outbreak across much of SE Asia, had recently announced a new approach of ‘living with Covid’ once local vaccination levels reached levels that allowed that. She acknowledges that Singaporeans can be impatient and many had been hoping for faster progress. But, with the government looking to hit vaccination levels well over 80% for all over-12s by September, she believes that restarting events in a more normal way by Q1 of next year is feasible.

Chia is concerned, however, that the rest of south-east Asia is struggling much more to achieve that sort of success. “Singapore is such a trading hub,” she says. “And we really do need to have that access with the other neighbouring cities”. Until travel can open up with them, events will necessarily be constrained.

Turning to managing across her huge region with such constraints on travel, Chia comments that it is not so unusual for her to have to manage remotely. With well-established teams, she feels that they have been able to manage quite well. “We have very strong leadership,” she says.

What has been much more challenging has been establishing new partnerships and managing many of the existing partnerships the organisation has, particularly in China. Having local shareholders in many of their joint venture businesses has, Chia comments, been a real boon. A number of them have really stepped up and “they will take our place to help us to deliver the message to the partners” she says.

Looking forward to a more normal time once events business has resumed, I asked Chia where in the region Comexposium is likely to be focusing its development. China remains a key priority, she says, along with Indonesia and, depending on how quickly it bounces back from Covid, India. In terms of industries, she will continue to build on the company’s strengths in the food and beverages sector. That focus would be both upstream into agriculture and downstream into F&B services. “We believe that after the pandemic there will be real demand for quality food and health products,” Chia predicts.

Meanwhile, she continues to juggle plans in a very uncertain situation. Shows which had been expected to go ahead in the next few months are now once again being postponed. Chia describes the process as “the Covid two-step” and concedes that it is not currently the happiest of dances.

To watch the video of the full interview with Elaine Chia, click here