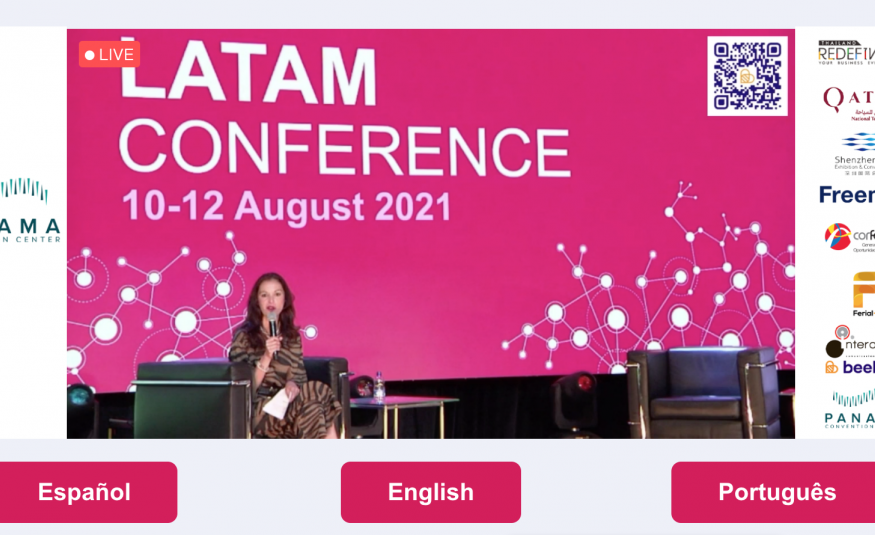 Day 2, 11 August, of UFI’s Latam Conference 2021 stirred up plenty of issues and debate.

Alinne Rosa, Reed Exhibitions Brazil, Alexis Zamudio, event manager from Mexico City and Alvaro Rojas of Costa Rica Convention Centre gave us plenty of food for thought during the discussion of 'Talent and diversity'. Rojas said ‘diversity of thought’ was the most important aspect of diversity and we needed to understand different positions without necessarily adapting them as one’s own. He identified three truths: “My truth, your truth and the truth”. Rojas also identified three fundamental skills needed to develop diversity and talent in the industry:

Zamudio, for his part, thought diversity meant being able to limit freedom of thought and expression in certain instances.

The day included an Xchange session which gave an opportunity for viewers to get to know the impressive Panama Convention Centre in all its glory, as well as a 'magical interlude'.

Miami-based entrepreneur and investor Marco Giberti then curated his own brand of digital event magic with a session on ‘Digitalisation and networking technologies’. Attendees were treated to five presentations, all with event tech innovation at their heart, and were also able to vote for their preferred solutions, making for an interactive session.

Giberti summed up what is required in today's market nicely: “If we want to survive in this industry we need to reinvent ourselves”.

The third main session focused on the question: ‘Service providers: the most affected segment in the industry?' The two panel contributors were Francisco Collazo, exhibition and systems director at full-service event company Sistexpo in Mexico and Luis Proano Recalde, president Comefex Ecuador. They both told stories of tenacity and determination in the face of the pandemic and how their companies and colleagues weathered the pandemic with no government grants or financial support. Offering space instead of paying  contractors with scarce cash was one means used to keep people together at some large venues, Collazo noted.

Recalde highlighted the knock on effect of likely much smaller shows and all connected services including catering, in the near future, due to health and safety strictures.

As for Day 1 the curation was again expertly handled by UFI’s Ana-Maria Arango from the Corferias HQ in Bogota, and there was plenty of room for discussion in three conference languages of all the content via breakout sessions.

You can still catch Day 3, beginning 9am Colombia Time, 12 August.