Despite tensions, HKCEC show must go on, as well as US$128m Advancement Project 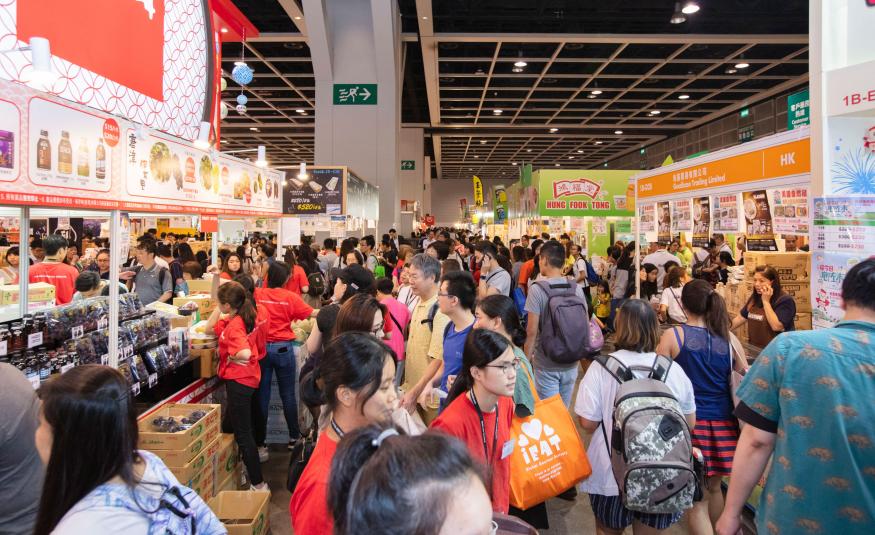 The Hong Kong Convention and Exhibition Centre (HKCEC) has reported that, in the fiscal year, July 2018 to June 2019, a total of 1,000 events were held at the venue.

This included 119 exhibitions and 159 international and local conferences, along with hundreds of corporate meetings, banquets and entertainment events.

It was a year in which the HKCEC welcomed a record attendance of over 8.5m, although there are clearly worries that the autumn tradefair season may be hit by anxieties over demonstrations that have been taking place for over two months in the territory.

Monica Lee-Müller, Managing Director of Hong Kong Convention and Exhibition Centre (Management) Limited (HML), is remaining upbeat, “We are proud of the results while striving for continuous enhancement.”

Although there have been road closures nearby the HKCEC during several public activities since June, the HKCEC has remained accessible by foot, private cars, freight trucks and public transportation.

Lee-Müller added: “Safety of visitors and staff members has always been HML’s top priority.  We have a set of emergency preparedness plans and are ready to activate in response to different scenarios.  HML remains confident for long term development of the industry and continues to invest in the $128m HKCEC Five-Year Advancement Project for maintaining the HKCEC’s world class infrastructure and services.  Stage 1 of the Project has progressed on schedule.”

Major events, including the Hong Kong Book Fair, with close to one million attendees, were held in July without interruption, the venue reports and other annual popular events have continued to attract crowds.

The annual Food Expo, concurrently held with Hong Kong International Tea Fair, Beauty & Wellness Expo, Home Delights Expo, and International Conference of Modernisation of Chinese Medicine & Health Products, which together utilise all exhibition halls at the HKCEC opened on 15 August as scheduled, with overseas exhibitors, and families attending as visitors.

Meanwhile, Chief Executive of Cathay Pacific airlines, Rupert Hogg, has resigned in the wake of the protests in Hong Kong.

The airline had come in for severe criticism in recent weeks over its handling of the crisis in Hong Kong.

Hogg said: "These have been challenging weeks for the airline and it is right that Paul and I take responsibility as leaders of the company."

Hogg had warned staff could be fired if they "support or participate in illegal protests" in Hong Kong. Previous to that, Cathay Pacific had told its staff it would not stop them joining the pro-democracy demonstrations.

The airline's chairman, John Slosar, said it was time to put "a new management team in place who can reset confidence and lead the airline to new heights".

Cathay Pacific said in a statement that Mr Hogg had been replaced by Tang Kin Wing Augustus and Mr Loo by Ronald Lam.

Hong Kong International Airport has been closed this week in the wake of anti-government protests that have paralysed one of Asia's key transport hubs.

Photo: The Food Expo, which opened on 15 August at the HKCEC as scheduled, was well attended despite the protests sweeping Hong Kong