Is sales a man's world? 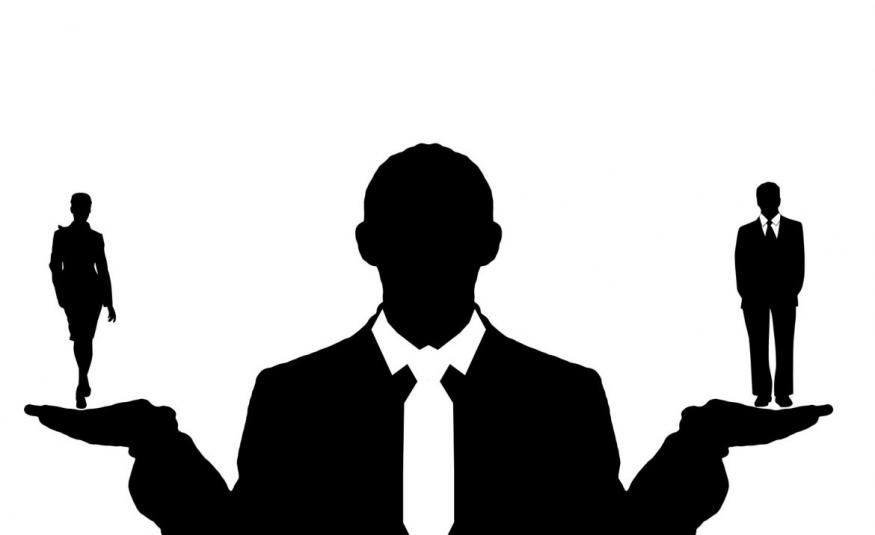 Over the last few years, I’ve been lucky enough to work in a plethora of trade show and exhibition environments and as a woman, many times have I been asked the same questions.

Do you find it a struggle being a female in a sales environment which has traditionally been occupied by men? Do people take you seriously? A discussion often ensues which poses the question: is sales a man’s world?

Absolutely, you might say. Statistically, at least. In the United Kingdom in 2019, we live in a country where gender equality is at the top of the agenda. The pay gap declaration, rise of diversity and equality departments on a corporate and political level have put the discussion at the forefront of the business world. And yet women still occupy just 39% of sales positions according to Linkedin, via Forbes*, which is an increase of just 3% over the last 10 years.

But… surely the context of any statistic has to be considered too?

Less women work in sales because less women work in corporate environments full stop, which is a consequence of the gender positioning and “roles” of our ancestors a few generations ago. Women occupy less than 50% of the workforce in the majority of industries, including professional, scientific, technical, admin and support services, financial and insurance activities, IT and real estate** (where women represent less than a quarter of the workforce). Yes - there is a long way to go; in order to really achieve equality the split should be a perfect 50/50, as is the UK population. However, when a few decades ago the percentage of women in the business industry was significantly lower (34.7% in 1950, 57% in 1975 with an increase to 78% in 2017***), we should acknowledge that the female percentage will increase over time, as it has been doing. The balance will come; both in the professional environment as a whole, as well as within sales specifically. We just have to keep doing what we’re doing, promoting gender equality, developing our professional mindsets and reassessing our gender stereotypes.

Speaking of gender stereotypes, the next question is always, well - why could this be? Why do less women currently work in sales than men? Whilst researching the topic over the last few weeks, some of the suggestions include:

Honestly, some of those suggestions are incredibly offensive. Do people really feel intimated by “manly” atmospheres (what is a manly atmosphere?!), or constantly worry about lack of stability for their children (who may not even exist and perhaps never will)? It’s time for the world to accept that women don’t have to want to have a family, don’t always take things too personally and they might even quite enjoy working in an environment with an air of competition. Not only that, but women with children can too enjoy a fast paced professional structure and are also motivated by challenge and driven by results.

Some of the women that I’ve worked with over the last few years are the best salespeople that I’ve ever met. They are tenacious, motivated, hard working and yet, still manage to maintain professional relationships with their clients that is often down to great communication and an element of empathy. It's actually not really important that they’re women.

Working in a fast paced environment is what I live for; it’s competitive, exciting; every day is different. You get to travel, meet new people, pitch to board rooms and have heated discussions with angry exhibitors whose carpets weren’t cleaned properly the night before when they didn’t pay the additional cleaning fee anyway. It’s exhilarating and adrenaline filled; no two days are the same if you don’t want them to be. I take everything with a pinch of salt and make sure a rejection doesn’t ruin my day. Do I love it because of my gender? Absolutely not. I love it because of my personality. Something which I think is a lot more important in sales than whether you’re a man or a woman; yet harder to categorise so people prefer to default to gender as an explanation for behaviour, successes and failings.

She got upset when the exhibitor threw a chair at her? Pah - women eh!

Despite the above, in the exhibition and trade show industries in particular, and I say this when coaching many a sales team before going out on the floor; sometimes your gender can seem to affect the initial rapport that you strike up with an exhibitor or sponsor, purely based on their own experiences or preferences. This doesn’t mean that any particular gender is better at sales. A positive first impression is important, as we know; and gender is often something that is easily defined and evaluated (and respective assumptions made therefore) right at the start of any sales introduction. It’s an easy way to categorise. Some people may feel more comfortable being sold to by men and others by women. This is just human nature and often we make a connection that is based on the individual we’re speaking to, whereby gender is clearly a factor.

Outside the exhibition world, I’ve always found myself buying into female sales pitches more effectively. Why? I credit this to being brought up with sisters and a strong group of female peers and therefore having more common ground and room for personal connection with a saleswoman than I might a man.

In fact, we often discuss this and the general consensus is that it’s because the women reminded them of their mum/sister/teacher they loved at school. Does it really have anything to do with the actual superiority in sales of either gender? No; it’s us basing our trust and buy-in on our own personal experiences. It could even be compared to the use of language in sales.

Connecting with someone on a linguistic level is so important because they find it easier to relate to you and so therefore it can knock down potential barriers a lot earlier on in the sales conversation. Therefore, wouldn’t it be naive to suggest that there is no influence regarding gender in the same vein? Does this make either gender more effective at sales? No. It just demonstrates why it’s so important to have mixed gender teams in every single industry.

So yes, sales is a man’s world. It’s also a woman’s. And every other gender in between.

If you’re a good salesperson, you’re a good salesperson and your gender won’t affect this. I don’t find it a struggle being a female in a sales environment that has traditionally, archaically, been occupied by men. And yes, people take me seriously. Everyone is going to make connections based on their life experiences; stop putting a gender label on it because it’s the easiest thing to do.

Sales is a salesperson’s world.