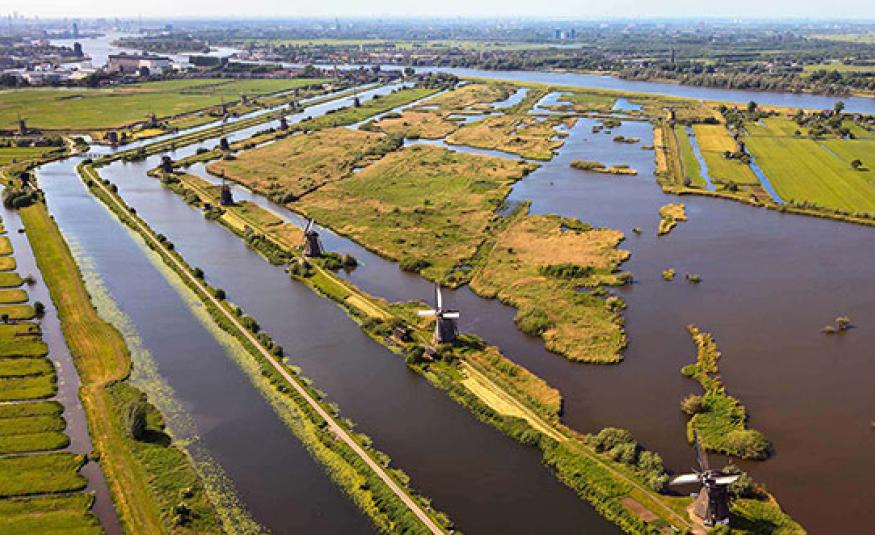 A gateway to Europe, Holland harvests a pro-business climate
– Words by Sarah-Claire Picton

Ranking third Best Country for Business (Forbes, 19 December 2017), and with a GDP of around US$846bn in 2018, the Netherlands has the 17th largest economy in the world and is a leading global knowledge economy. From Amsterdam to Rotterdam, The Hague to Maastricht, each city leaves a lingering impression on those who visit.

But while Holland’s regional significance is beyond doubt, the capital is not the only home for exhibitions in the Netherlands…

Technology also plays a key role in the events industry, and for more than 1,000 years the Netherlands has been a digital gateway to the European market. Today the Netherlands’ digital connectivity is supported by the Amsterdam Internet Exchange (AMS-IX), one of the world’s largest internet exchanges.

The Hague harbours SMEs
With more than one million inhabitants, The Hague (Den Haag) is the third-largest city in Holland. One of the major cities hosting the United Nations and home to the world headquarters of Royal Dutch Shell.

The Hague is the seat of the cabinet of the Netherlands, the States General, the Supreme Court, and the Council of State.

It has an active startup /entrepreneurial scene, with many different participants and efforts, including The Netherlands Foreign Investment Agency, headquartered here (part of the Dutch Ministry of Economic Affairs), and incubator and accelerator the World Startup Factory.

Rotterdam on the rise
Rotterdam is a port city and the connection to the sea is everywhere.

The city is home to the Dutch top sectors of Agri-food, Maritime and Offshore, Clean Tech and Energy, Logistics, Insurance and Business Services and Life Science and Health.

In Rotterdam, the Port Authority and the City are intertwined in a single urban system like conjoined twins.

Key venue Rotterdam Ahoy will open its new, multi-purpose convention centre at the end of 2020.

This new venue consists of 35 rooms and a large hall that serves as an auditorium, music venue and theatre. 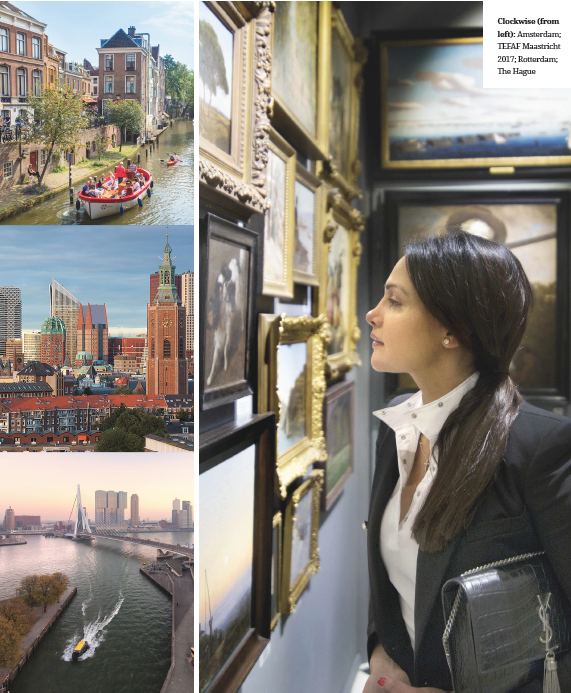 Maastricht momentum
In the heart of the Meuse–Rhine Euroregion, on the border with Belgium and Germany and with eight airports nearby, Maastricht’s international exhibition and conferences heritage stretches back some 30 years.

A city of life science and bio-materials, and one of the top ten locations for medical health valorisations, Maastricht’s focus areas are presented through the four Brightlands campuses, which include health, materials, data and nutrition.

In December 2017, the European Fine Art Foundation (TEFAF), the Limburg provincial government, the City of Maastricht and venue MECC Maastricht announced a ten-year partnership. The main points of the agreement were a major renovation and extension of MECC Maastricht, creating possibilities for investments in hotel rooms, infrastructure and improving links with a major international airport hub to aid overseas travel by 2019 and a permanent location for TEFAF within the city.

New developments include MECC Maastricht’s new exhibition and conference centre – increasing attendee capacity from 3,500 to 5,000 – and expected to open in late 2021 at a cost of EUR30m. Seating over 20,000 people, MECC Maastricht offers 30,000sqm of exhibition or event space, a congress centre with two auditoriums and meeting rooms for between ten and 1,650 people.

Of course there are many nascent industries developing in other Dutch cities. For instance, Brainport Eindhoven, also known as the Silicon Valley of Europe, is a hub where high tech giants like Philips and ASML collaborate with researchers and start-ups to develop new concepts and technologies.

In Delft, Dutch firm QuTech is building the first quantum computer, while recent innovations like ‘dynamic paint’ and ‘interactive light’ show growth within the industry of ‘smart travel’. Based on this pilot, new projects will be launched internationally.

The Dutch minister of Infrastructure has asked for a new Smart Highway design to be made for the ‘Afsluitdijk’, the iconic 32km Dutch dike.

When examining the role of events within the Netherlands, considering its strategic location, focus areas and strong economy, what flows harmonious is a pro-business climate that makes it an attractive destination for exhibitions and a launchpad for innovation and emerging industries.