Is there a crisis in exhibitor advocacy? 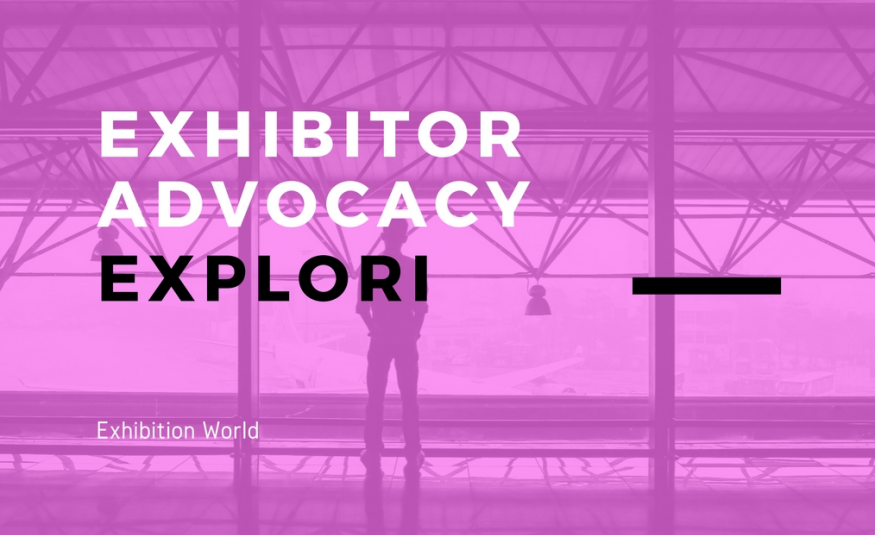 We are really pleased to see the debate and in some cases shock that has been sparked by Explori reporting that globally we have an exhibitor Net Promotor Score of -18.4.  When we founded Explori, our aim was to create a global dataset for the exhibitions industry that could function as a robust standard for organisers to benchmark themselves against and drive improvements.

We now have over 1,500 exhibitions and conferences regularly contributing data in the form of the results of their post-event visitor and exhibitor satisfaction surveys conducted on the Explori platform.  These are anonymised and aggregated, providing a live benchmark accessible to all Explori clients.  This means we now have a robust set of data that is large enough to be segmented in many ways and this is the source of the figure we have published.

So what exactly is a Net Promoter Score?

Developed by Bain & Company and Satmatrix, Net Promoter Score (NPS) is a way to understand a customer’s perception of your product or service.  It’s widely used across many industries and allows different sectors to benchmark themselves against each other – hence my comparison of exhibitor advocacy with that of the banking industry.

It leverages advocacy – the likelihood to recommend to a friend or colleague – as a way of understanding many different drivers of perception including satisfaction, ease of customer journey and return on investment in a single question.  Respondents, in this case exhibitors, are asked to rate how likely they are to recommend the event to a friend or colleague in the industry.

This graph is an example of how respondents are categorised based on their response as Promoters, Passives or Detractors.  Net Promoter Score is then calculated as the difference between the promoters and the detractors and is expressed on a scale from -100 to 100.  So an event with a plus score has relatively more promoters than detractors, whilst an event with a negative score has more detractors.

So as you can see, for the event industry average to be -18.4, on balance, we have a large majority of exhibitors who will actively recommend against the event they have just supported.

The figure we have published of -18.4 for exhibitor NPS is drawn from over 1000 events globally (pure conferences are excluded) who have used the standardised Explori benchmarking question in their exhibitor survey.  This ensures each respondent has been asked exactly the same question in exactly the same way, making the results comparable across markets and regions. 71% of the contributing shows are tradeshows, 29% consumer providing large datasets on both sides.  Both association and for-profit organisers are represented, including shows of all sizes and maturity.

You can see a more detailed breakdown of exhibitor satisfaction trends comparing Europe and the Middle East in the latest issue of Exhibition World.

So why does this matter?

The impact of NPS has been extensively researched across many industries.  With a finite number of potential exhibitors in most sectors, when advocacy is low, it will get harder and harder to attract new exhibitors and the existing customers will be increasingly sensitive to any price rise and over time may even withdraw their support.

So are there any indicators as to why exhibitors feel this way?

When the NPS question is asked in a survey, Explori recommends following it with a free text question asking why the respondent chose to give that score.  The results don’t make for surprising reading – as Jim Curry flagged in his latest Exhibitor Smarts blog, exhibiting is a very expensive business, not only in terms of stand space but all the associated costs incurred from suppliers, venues and accommodation providers which exhibitors do not distinguish from the costs charged by the organisers.  The constant flow of invoices, forms and deadlines create considerable pain points.

Exhibitors at consumer events experience exactly all the same pain points from the parking to the price of sandwiches; so why do they report a (slightly) better NPS of -9?

Visiting the Explori benchmarks again, we can see that there is a higher perception of Return on Investment reported by exhibitors at consumer shows (3.27 for consumer shows vs 3.14 for tradeshows).  This suggests B2C exhibitors will overlook some of the negatives because they can perceive the value to them and their business more clearly.  Like Jim admitting for the right price, he would happily work with banks, they are “financially persuadable”.

It seems likely that a less complex and shorter sales cycle (maybe even taking orders on the stand) makes it slightly easier for exhibitors at consumer shows to appreciate the impact of exhibiting on their business.  And as many are from a retail background where targets based on footfall and square meterage are a daily reality they may be better at setting realistic targets to measure against.  A typical B2C exhibitor also exhibits at more events per year on average and is more likely to have a specialist team delivering their stand – this gives them relatively more time to hone their exhibiting process and become more skilled at delivering results.

Having acknowledged that the consumer exhibitor score is not good either, I think it’s clear that if we continue to rely on our exhibitors being “financially persuadable” rather than creating valued, collaborative relationships with them, we will be increasingly vulnerable to disruption as an industry.

So how can organisers help tradeshow exhibitors to improve their skills at driving and measuring return from their stands?  And help improve the experience across the board so all our customers are willing to shout from the rooftops about the benefit of exhibiting?

It does seem that increasing the skill level of exhibitors through training and support like the FaceTime Exhibitor Masterclasses is beneficial and we would encourage organisers to track this through their follow-up surveys.

But what is the balance to be had between telling exhibitors what they could be doing and listening to them to find out what we as an industry could be doing better?  We would advocate everyone who ultimately derives their income from the marketing budget of exhibitors to make sure they are constantly seeking the views of their customers in a structured and unbiased way.  Whether that is through Explori, or another platform, we would like to see every organiser getting feedback from every customer after every event – then acting on the results!

And what can Explori do?

We are committed to providing useful data for the industry, so we are offering an additional benchmark in our question library to look at how exhibitors perceive the support from the organiser throughout the show cycle.  We believe this will reveal more insight as to how organisers can best invest in improving the exhibitor experience and therefore contribute towards improving advocacy.  We look forward to sharing the results with you.

If you'd like to talk more about the Explori benchmarks, or how to understand advocacy on your events, then feel free to get in touch.

Here's the original video captured by N200 in Basel: