UFI Connects… on the economy with Roger Martin-Fagg 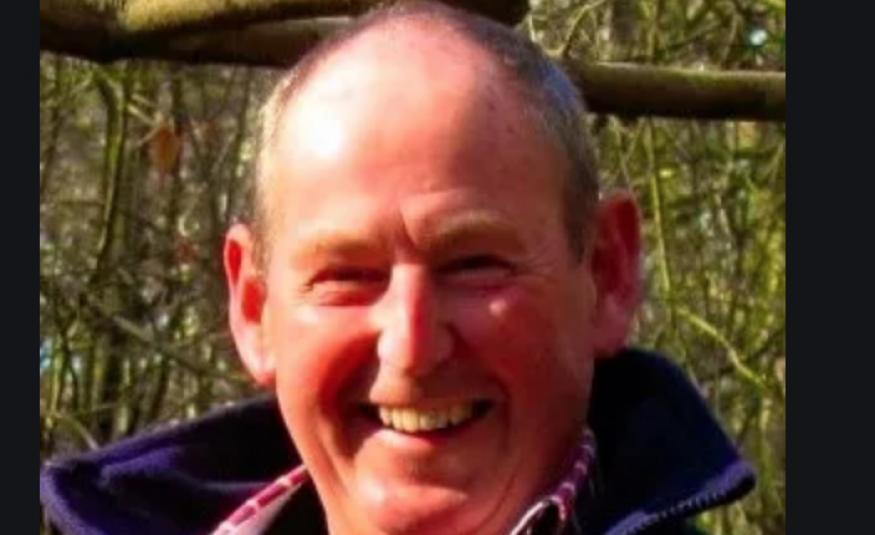 Global association for the exhibition industry, UFI’s series of online talks and sessions, UFI Connects, is proving a popular platform in these new times. On 9 April behavioural economist Roger Martin-Fagg gave ‘The Economist’s View Beyond Covid-19’ during a webinar moderated by UFI CEO/MD Kai Hattendorf.

Hattendorf welcomed all those tuning in and said: “Our need to learn is bigger than ever and UFI Connects serves as a proxy to do that while we cannot meet in person. www.ufi.org/UFIConnects has all previous sessions on demand as well as announcements for future sessions.”

Hattendorf reminded the audience that, in early February, UFI had run its annual CEO Summit in Rome – the association’s most recent physical event, where Martin-Fagg had spoken and been rather upbeat about developments – with the proviso that Covid-19, still in its infancy, did not spread widely.

We all know that the scenario has accelerated in the wrong direction since then, so what now economically?

To warm up the audience and test the waters, our UFI MD put out a short poll with the following question:

‘What type of economic recovery do you expect after Covid-19 pandemic?’

Martin-Fagg quickly took issue with those 68% inclined to think the U shaped recovery most likely.

“I hope those who think it will be a U shape will be wrong,” he said.

And, after a basic micro lesson in macro economies, he outlined his own view of a likely far quicker recovery and central to that was, he said, what was happening to ‘real added value’.

One difficulty in extrapolating global lessons from Martin-Fagg’s theories is that he draws heavily on UK data, which he knows well, while referencing other, mainly Western, economies. Provided one keeps this in mind the arguments and conclusions give plenty of general food for thought, but may not be applicable in the same degree in some more centralised and command economies around the world.

Sales for most businesses, said Martin-Fagg, were currently a disaster although there was some (Western) government support for wages.

Lockdown, he said, was affecting 15% of the labour force in the EU, (a figure that seemed at least to this observer somewhat low). The majority of those, he contended, were young and low paid.

Martin-Fagg illustrated the complexities of measurement to reach any firm conclusions, pointing out that measuring UK GDP over the next six months using the expenditure method would give a figure representing a drop of around 15%, yet if one used the yardstick of income it would only drop by 5%.

Statisticians should try, he believed, to create an average, although he expected the media to report worst scenarios most prominently.

Western governments were trying to maintain short-run economic activity, he pointed out, but much would depend on how much money there was and how quickly it got spent.

A normal recession, he said, came when the money supply contracts.

And Martin-Fagg likened money in this situation to water going through a pipe – or rather in the coronavirus context, getting stuck in the pipe.

Paradoxically, money is not being reduced in this pandemic, but actually government activity is increasing it, he noted.

Adding to the problem is the fact that people can’t go out and spend.

There was, he said, a situation with central banks effectively “creating money out of thin air” and lending it to their governments.

“Around $7 trillion of new money will enter the global economy over next 18 months,” said Martin-Fagg, “and that is equivalent to 10% of global GDP flowing into businesses through wage support and loans to keep them liquid.”

There was a situation brewing, Martin-Fagg noted, where we keep paying employees even though they’re not doing any work. Incomes are being maintained [in some cases] while expenditure contracts.

Many small businesses, of course, rely on cash flow and Martin-Fagg said many were likely to go under unless lockdown is relaxed in the next month.

Traditionally, he said that the biggest flow is household spending; the second being government spending; and third investment by businesses.

In the current situation, however, there is little household spending, he said.

Martin-Fagg’s optimism of a recovery process starting as soon as the end of May springs from a belief that, as soon as lockdown is over, the economy will then manage to grow by the end of year.

He based this theory on the “plenty of money” in various countries’ ‘pipes’ with still more being created by governments.

“All we need is for money to move through the pipe, for us to socialise and shop,” said Martin-Fagg.

The economist then explained that the Eurozone Purchasing Managers’ Index had reached its lowest ever seen, crashing to a figure of just 28.

In the USA it had dropped to 38, with a massive collapse in March in both regions. 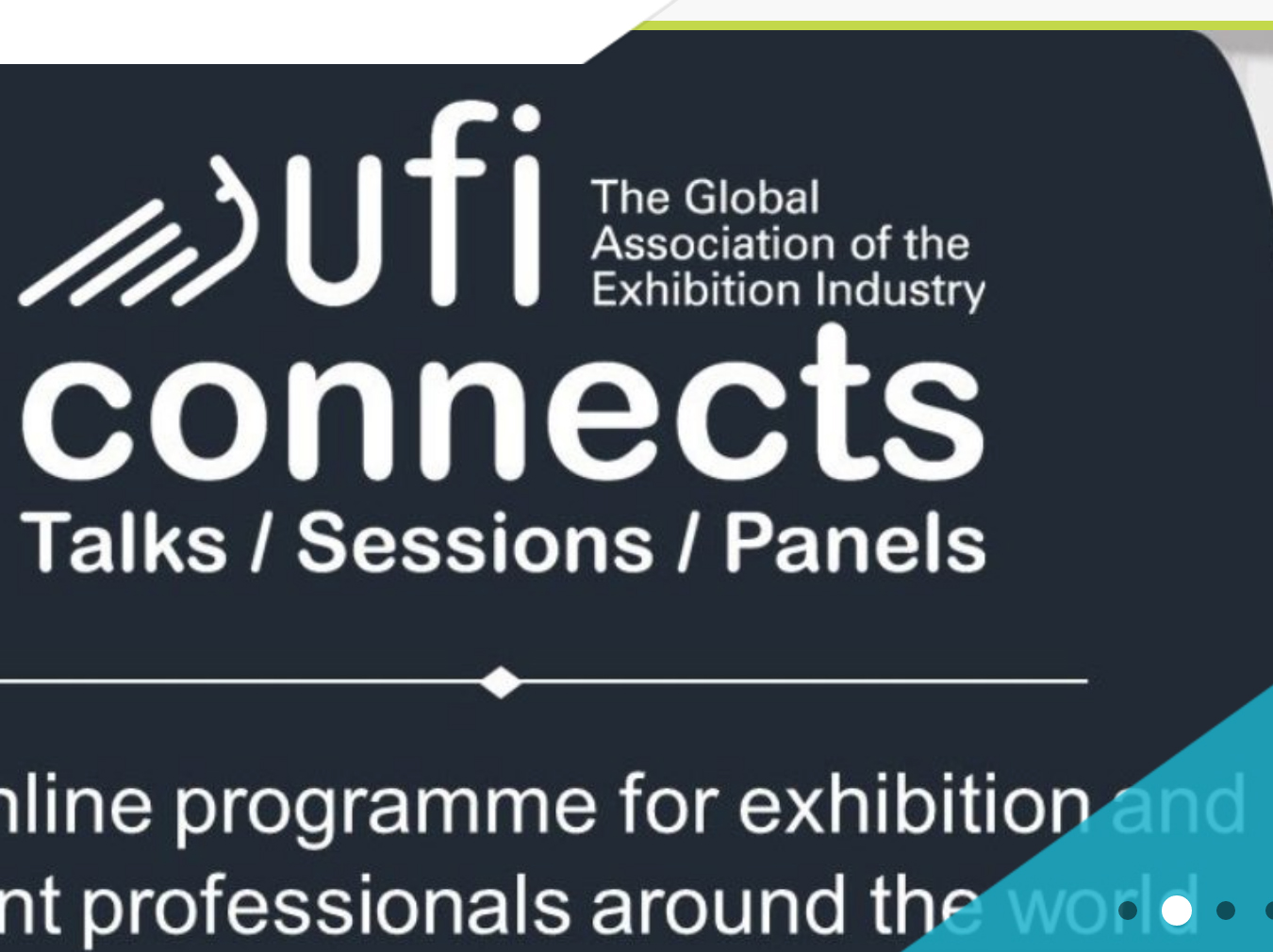 However, China’s manufacturing actually rebounded in March and is growing again. Money is beginning to flow in the country whence the virus sprang.

Key to any forecast, said Martin-Fagg, therefore, is when countries release lockdown.

He added into the mix the thought that peak hospitalisation rates, in large parts of Europe at least, would come in the second half of April, although he foresaw that people could be released from lockdown by the end of May.

Another complexity, said Martin-Fagg, was that some countries used different mathematical models for their calculations, with the Boston Consulting Group’s model predicted Europe will only begin to emerge from lockdown at the end of July and Africa in August.

Martin-Fagg ruled out a prolonged L-shape recession completely, saying that such a scenario could only take place in Western economies when people save much more money because the value of their key asset (usually a house) is falling.

A collapse in residential property prices affects the situation even more than stock market falls, he argued.

But Martin-Fagg doesn’t think house prices can fall. “Prices will stick and that is the key reason there will not be an L shape,” he said.

While admitting that variations in traditions and age demographics affected the picture in some countries, and he mentioned Italy had more deaths than South Korea - possibly one factor being because of a more elderly population - he maintained that, “as soon as governments release lockdown economies will take off. And, if UK can be released by the end of May it will save most small businesses”.

Touching on exchange rates, again Martin-Fagg said the relative amount of money between Western countries would remain similar, despite release of new money. The Russian rouble, however, he forecast to gather value.

Casting his gaze into 2021, Martin-Fagg reminded, for context that, after SARS, global growth didn’t collapse, although swine flu did seem to have more of an affect, possibly because the banking system collapsed around the same time.

The Zika virus effect on the economies, by comparison, was barely perceptible. Covid’s effect, said Martin-Fagg, was likely to be “considerable but short-lived”.

Looking at the exhibition industry, the economist said there could be a more more pessimistic outcome than for the economy in general due to its dependence on international travel.

Questions such as, ‘were delegates coming from virus-free countries?’ needed to be taken into the equation.

Shows that were dependent on local markets would face a different outlook and could be confident of coming back straight away, said Martin-Fagg.

And, in a nod to Asia Pacific, he said countries in that region would have the most headroom for fiscal expansion.

There are three countries where Martin-Fagg is predicting a prolonged downturn, however.

“The USA is going to suffer more than most,” he said, and gave two reasons: “Federal money seems to be going to Republican states. It is clear also that many Americans are ignoring isolation requests. This will result in continuous spread [of the virus].

“India will have a tough time because income support schemes are non-existent and this affects some 45% of the population.

His conclusion was that we would see, over the next six months, GDP falls of 5-7% in most countries. But as soon as lockdown is over next year we will see growth of over 2%.

Issues for event organisers to consider hard over the next nine months or so, Martin-Fagg listed, including the questions of ‘Do I have enough people?’ ‘Is my supply chain organised well enough?’ and ‘Will inflation will take off due to money supply increase?’.

Challenges will, under such circumstances, likely include managing higher sales and automating processes, as well as finding newer ways of working.

The UFI Connect session, as always, had time for a few questions, including one from Montgomery’s Chairman Sandy Angus who asked when liquidity would come back. “My experience is that people are very nervous and (the disease) will flare up again. Will it be a start-stop process?

“Nobody is paying anything now. We’ve had no money in for three weeks,” he added that he thought much depended on how quickly sentiment turned. He also asked Martin-Fagg, what he thought would give people a sense of confidence?

Martin-Fagg answered that it depended on the sector. Restaurateurs were notoriously bad payers to suppliers, he said, but most businesses were using government schemes and getting money from banks and paying suppliers.

“They can only manage rates of pay out for the next couple of months,” he warned, however, saying that much also depended on media comment. “The sooner we get a date for end of lockdown confidence will return. If lockdown continues we are then in trouble.”

Hugh Scrimgeour, CEO of Scrimgeour Capital, also weighed in with the view that, ‘The big thing is confidence. Whole ranges of industries that will have a very difficult time. The exhibition industry needs to focus on how we build confidence. It took two years before time lag ameliorated in the 1980s. With travel restrictions, I think we’re in for a long period of pain. We need incentives for buyers.”

Martin-Fagg conceded there may well be a longer lag in some areas and said that although national tradeshows could come back soon, he thought international major events involving cross-border travel for attendees would take until 2021 to return properly. So we wait – and hopefully act – and see.

Visit the www.ufi.org website for more details of the UFI Connects series.