The farming show geo-cloning across the world 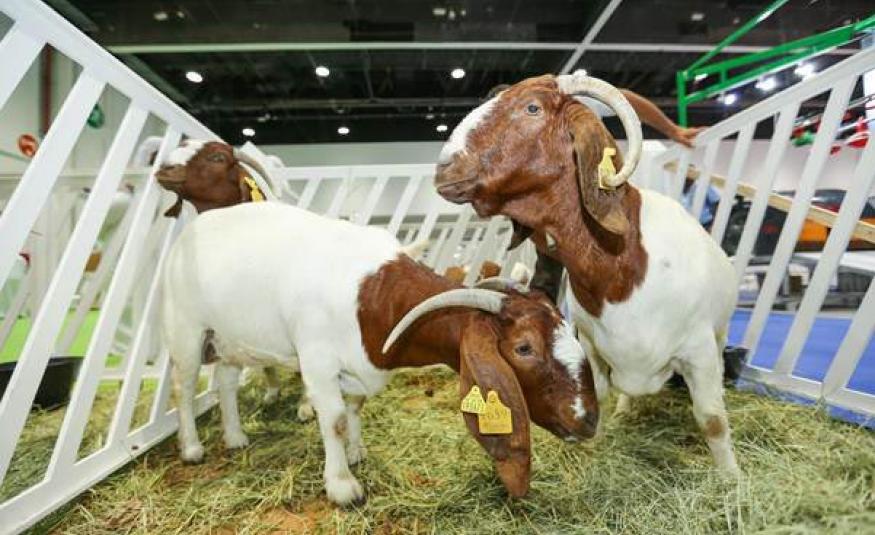 EuroTier, a successful biennial livestock and agricultural fair that has run in Germany for 30 years, has now expanded the brand with launches in Brazil, China and the UAE. Organiser DLG shares some insights on the challenges involved in making the show a success in Abu Dhabi.

The financial centre of the United Arab Emirates (UAE) and its capital, Abu Dhabi, has now become a hub for animal farming and agricultural innovation.

In March this year the UAE government rolled out a US$273m investment into an agricultural technology initiative designed to bring related tradefairs and exhibitions to the city. The new incentives are aimed at companies that develop technologies to support precision farming and agriculture robotics, bioenergy and indoor farming.

Abu Dhabi is a gateway to the MENA region and its Abu Dhabi National Exhibition Centre (ADNEC) flagship venue was the natural home for the launch of a Middle East edition of EuroTier, a successful tradefair for animal farming professionals. 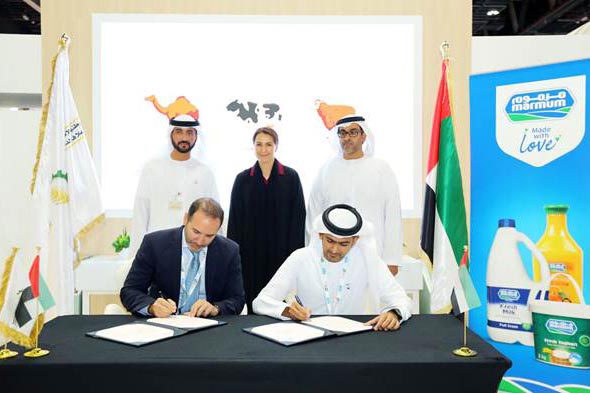 The biennial fair has been running in Germany for the past 30 years and has launched in three emerging markets in 2019, Brazil, China and now Abu Dhabi.

EuroTier Middle East’s objective was to bring together the latest global technology and innovation in the animal production sector along with the most up-to-date knowhow tailored to the local market. At its inaugural edition, 2-4 September, EuroTier Middle East hosted 10,000 professional visitors, 120 exhibitors and 150 companies from 16 countries, including Saudi Arabia (country of honour).

In addition to the exhibition, the event included two technical conferences and a forum with technical presentations on a variety of topics such as cattle and poultry production, camel genetics, aquaculture, biosecurity and more. There were also region-specific feature events like the beauty contests and animal auctions that featured over 6,500 animals and drew 175 breeders.

Protocol can be a major consideration in the Middle East and organiser DLG International was able to rely on ADNEC’s own protocol and government relations department to organise the opening ceremony and receptions for all VIPs in attendance.

ADNEC also assisted in publicising the event, with its marketing team handling mailers and an SMS campaign, as well as advertising the event on ADNECs network of indoor and outdoor digital screens and promoting the show via its website and Instagram account.

Christopher Armstrong, Project Manager (International Trade Fairs) for DLG International praised the “high quality content” created by the ADNEC team with regard to banners, video and previews of the show.

In-house caterer, Capital Hospitality, and production company, ADNEC Services were also integral to the success of the show and its attracting 10,892 visitors over three days.

Much of the EuroTier’s focus was on attracting an audience of regional stakeholders and local farmers, so the live animal auctions and beauty contests proved to be a key draw for such visitors.

Twelve research papers were presented at the conference which ran alongside the tradefair and the   Animal Forum was standing room only due to a mix of inspiring local and international speakers.

Host sponsor Marmum Dairy alone reported signed deals worth US$7.3m at the event and organisers report three other notable ‘mega’ deals signed on Day 2 of the event – a key demonstration of the investment opportunities in the region.

DLG’s Armstrong tells EW: “The results support our belief that the environment for livestock farming in the region would make EuroTier Middle East the perfect platform to pull the livestock sector together and point the way for its development in the future. ADNEC’s state of the art venue and professional team supported us to achieve our goals for the inaugural edition and we used the same on our communication channels as well.”

Khalifa Al Qubaisi, ADNEC Chief Commercial Officer adds: “The levels of investment at EuroTier shows that ADNEC truly is the home of business events in the MENA region. We look forward to welcoming EuroTier back in the future.” 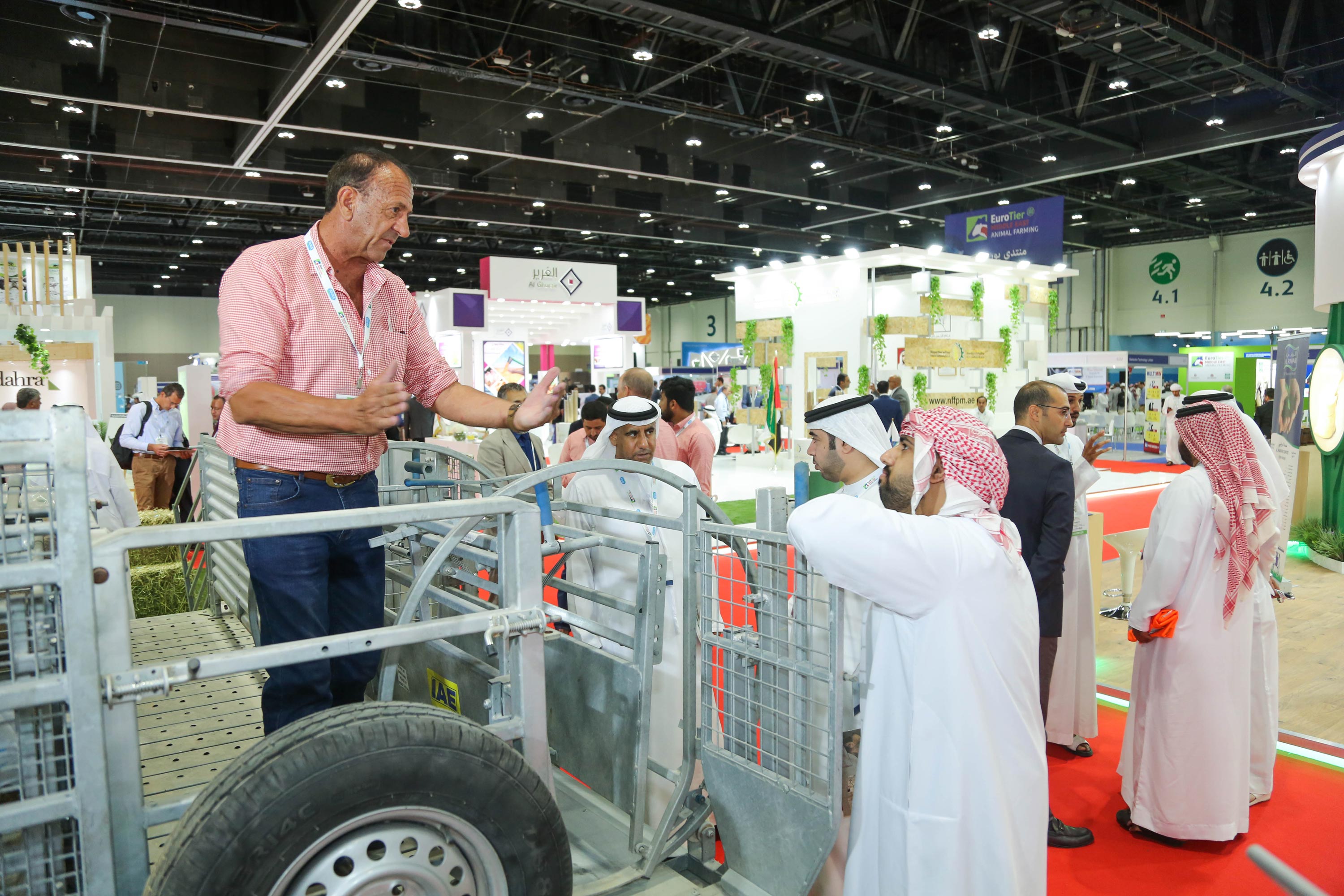 EW also asked Armstrong what the main challenges had been when launching EuroTier Middle East in Abu Dhabi?

“Expectation management was one of our major concerns when delivering EuroTier Middle East 2019. EuroTier in Hanover hosts 155,000 visitors and 2,600 exhibitors and it has become a well known brand over the span of three decades. EuroTier Middle East 2019, even though it carries the same DNA as the tradefair in Europe, had to take in to consideration the various nuances in the market and the region, forging new partnerships and the competitive landscape.”

What did he think was Abu Dhabi’s best USP for the show?

“In addition to the state-of-the-art facilities at ADNEC that adds the perfect finishing touch to the tradefair, the professionalism and competence of the team at ADNEC helped get the job done smoothly. When you work in countries where there is a language barrier to begin with you tend to take these other luxuries for granted.”

And how did Abu Dhabi compare with the other two EuroTier launches in Brazil and China?

“We are very happy with our tradefairs in Brazil and China, as with EuroTier Middle East, as we have received similar feedback from our stakeholders across the board. We look forward to providing a high-quality tradefair that adds value for our stakeholders and growing the offering to them with each edition.”

How would DLG approach the second edition in Abu Dhabi and what are the dates for that?

“We launched EuroTier Middle East in November 2018 and in 10 months we were at ADNEC welcoming our first visitors through the door. EuroTier 2021 is taking place at ADNEC 29-31 March. We want to use the longer run up time to work on some interesting ideas that we just did not have the time to execute in the last edition. In addition to that we want to grow, so we need to get out there and get our message to our current and potential clients.”

What other advice does DLG have for other organisers considering launching/cloning/bringing their tradeshows to Abu Dhabi?

“Strong partners/partnerships that work is paramount for success when considering bringing a brand into a new market. Having the Abu Dhabi Agriculture and Food Security Authority (ADAFSA) as a strategic partner was critical to taking the first step in the new market,” said Armstrong.