The changing face of UFI 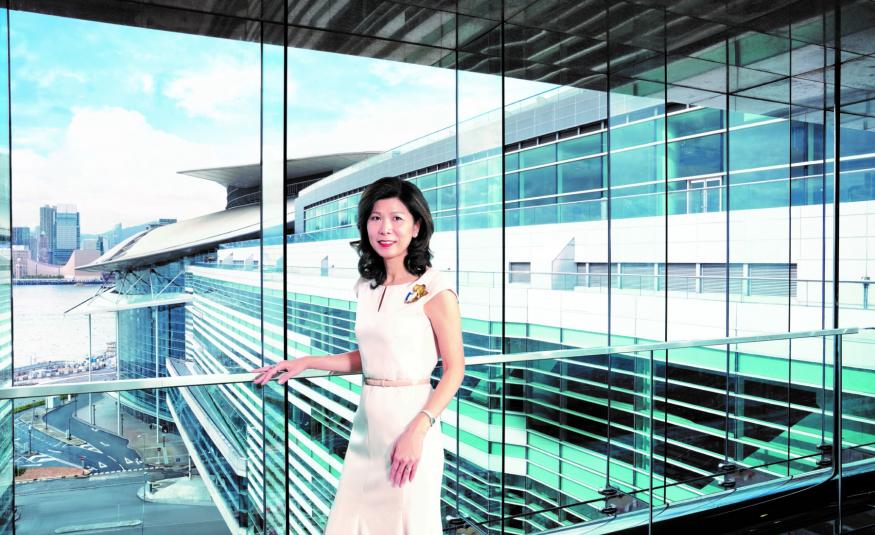 As usual, Monica Lee-Müller got right to point in her first speech to members as UFI’s new president. “I am proud of being the first Asian woman in this role,” she told them. Looking back to her first Congress in Hong Kong back in 2000 she recalled that “there were only a handful of women at the Congress, most of them interpreters. Asia was still an emerging market”.

She welcomed the fact that 25% of UFI’s Board members are now women, a big improvement in quite a short time. “As a global association,” she told members, “we need full participation by talented, committed women, and men from different races, culture and background, to drive our industry forward”.  She promised to keep building on “this solid foundation of diversity”.

Covid-enforced restrictions on travel meant that the UFI Congress in Rotterdam had rather gone back to its European roots. Only a handful of participants were able to join from Asia and Latin America and RUEF and ExpoForum's Sergey Alexeev alone flew the flag for Russia from where most delegates are blocked from travelling because of non-recognition of the Sputnik vaccine.

But the agenda and mood of the meeting could not have been more different from the European-orientated UFI Congresses of old. Having kicked off with her focus on diversity, Lee- Müller turned her attention to sustainability, much in everyone’s minds with the COP26 underway in Glasgow at the same time. “Covid-19 has absorbed much of our attention lately,” she told members. “Still, our single biggest global challenge is not the pandemic but climate change.”

She assured members that “it can be done, but not by chanting slogans and producing glossy brochures. We need concrete actions”. One such action she was calling for was for everyone in the industry to commit to the Net Zero Events Pledge, which featured as the cover story of EW’s last issue. UFI CEO Kai Hattendorf told members that the number of companies signing up to this commitment had exceeded 200 during the course of the Congress week. “It’s a way of signalling your commitment to fighting climate change, and getting involved in actions that will make a difference,” Lee-Müller said.

After many years of discussion, it was good to see a joint session of UFI, ICCA, and AIPC during the Congress week. There are some rumblings in the industry these days about just how effective is the fragmented alphabet soup of associations (yes, I know, I know, it’s hard to fragment soup, but you get my point, I’m sure) at representing the industry. So, it’s encouraging to hear the 2022 UFI president focus on collaborative, inter-association “campaigns and projects [which] have given our industry a united front, a common voice, and a shared global profile”.

Nowhere have the divides between associations been more stark over the years than in the sometimes disjointed working relationships across the Atlantic. Of course, it’s not just in the events world that US associations go their own way and we should also point out that substantial strides have been made in recent years in the quality of the working relationship between UFI and SISO.

So, it was good to hear that a project which has been bubbling away in the wings for many years has finally come to fruition with the announcement that UFI’s 2023 Congress will take place in Las Vegas. Sandy Angus, UFI president from 2001-2003 was overhead in the lunch queue in Rotterdam commenting that when he first proposed this many years ago, people thought he was mad. He obviously wasn’t and there seemed to be a very positive buzz in the room about the news.

In the meantime, of course, there’s Oman. Originally UFI’s destination for 2020, the global exhibitions industry will be seriously hoping that we have moved toward the end of, if not beyond, the after-effects of the pandemic and that the entire world will be able to gather in Muscat in 2022.