Shanghai back in exhibition business 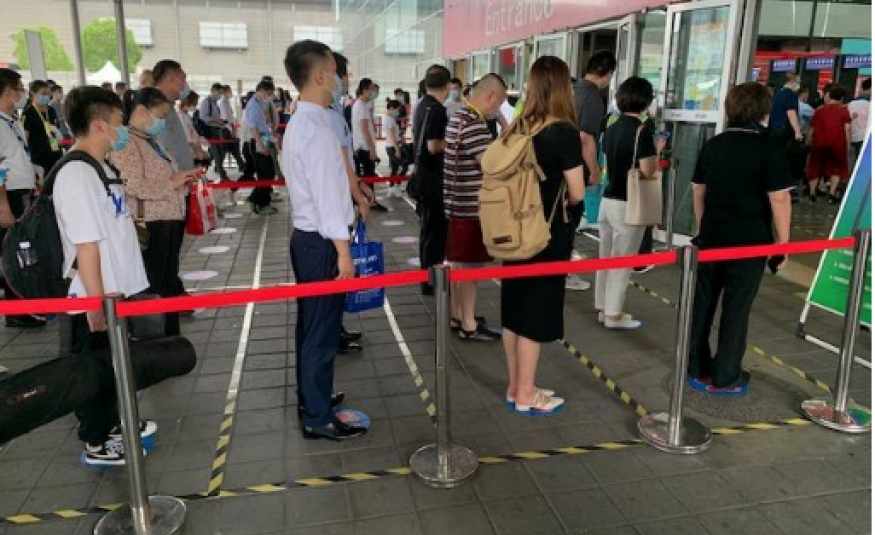 Following China’s controlled opening of exhibitions in second tier cities, including in Changsha, Hunan Province on 30 April, the country’s leading business city, Shanghai, put itself back on the map for major tradefairs at the end of June, successfully staging Semicon China.

The event took place, 27-29 June, at the Shanghai New International Expo Centre (SNIEC). Venue CEO Michael Kruppe told EW: “The show went well, with 30,000 visitors in three days.” He said the attendance was what organisers had been expecting, given that the tradefair this year was held under very different conditions.

“We strictly followed the safety protocols which were approved by the Shanghai government and police,” Kruppe said, adding that next month SNIEC will use the health and safety system for other shows “as it proved to be working well”.

Semicon China provided a live opportunity for top global semiconductor industry leaders to exchange ideas.
SNIEC is also now readying for even larger shows to come to the venue, including China Beauty Expo (9-11 July, organised by Informa Markets - Shanghai Baiwen Exhibitions) and ChinaJoy digital entertainment expo (31 July-3 August, organised by Howell International). Kruppe expects them both to fill the whole 300,000 sqm venue and said he was “confident” that all will go well.