India finally back to business 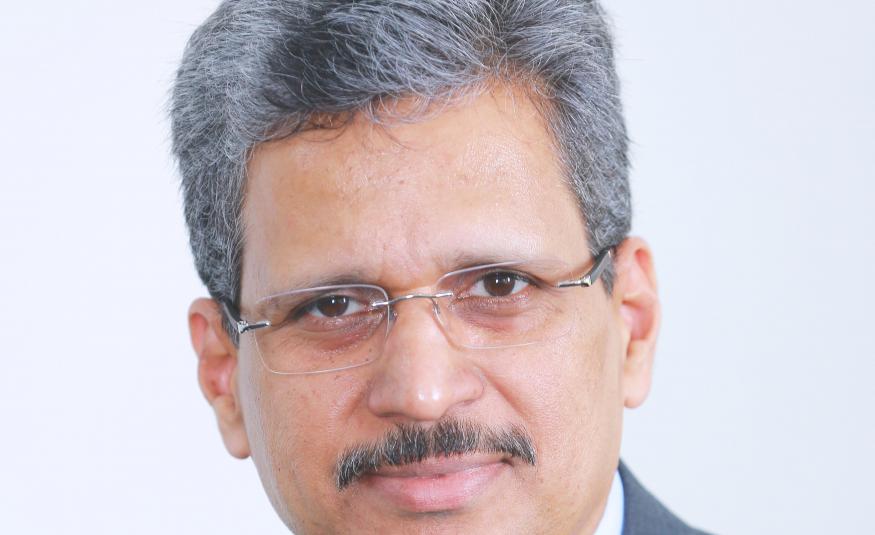 “We’re back in business”, UFI president Anbu Varathan told EW this week. Last March, he says, “We thought we’d just need to rework our business models for three months”, recalling the early days of the Covid crisis in India. But, some 18 months on from the industry closing down there, Varathan’s Bengalaru International Exhibition Centre (BIEC) has just hosted its first major event, the  Gem & Jewellery Export Promotion Council’s IIJS.

Despite the long wait, Varathan is delighted with how the show performed. It’s one of the top five jewellery fairs in the world and filled his venue with 70,000sqm of space occupied, 1,300 exhibitors and 50,000 visitors. “That is, in fact, better than the previous edition,” he smiles.

Indian businesses work in terms of their official financial years. So, the shutdown coincided almost exactly with the start of the 2020/21 business year. Varathan notes that some 90–95% of events in the country were either cancelled or postponed. So, it was a very lean year for exhibitions. “But now we’re back in business,” he says.

He thinks that Indian venues could host as many as 100 events between September and the end of 2021. BIEC alone will be staging 15–18 exhibitions. “I see a similar kind of preparation in other venues in India,” he tells us. In a normal year, the country hosts something like 550 major exhibitions, so, there’s still some way to go. But, everyone is clearly delighted to be getting back to business.

There will be very few international visitors for the time, Varathan admits, noting that the IIJS saw only around 500 from 10 countries. But India is a huge domestic market he comments, and also points out that many multi-nationals have a well-established presence in India and can participate through their local offices. He also says that this is something that the industry is working on with the government and is hopeful that travel restrictions will ease in the coming months.

The lack of international participants will mean that some events over the next 6-12 months are a bit smaller, Varathan admits. But overall, he feels that the market across the country is starting to look very positive.

There is still a good deal of caution around after such a tough and prolonged closure. “We can’t relax the SOPs”, says Varathan. “Masks and social distancing are a must”, along with other measures such as hand sanitising, enhanced venue cleaning, and temperature checks. “You need to follow all the basics. You know, this is not rocket science,” he says.

The organisers of the IIJS went further and insisted that all attendees and staff were either double-vaccinated or had one jab plus a PCR test. “We completed supported that,” says Varathan, agreeing that it is important at this point to build up public confidence in the safety of business events. “It’s too early to relax,” he says. “We need to at least wait for another six months, perhaps a year”.

The BIEC is owned by the Indian Machine Tool Manufacturers’ Association of which Varathan is director general and CEO. How did he and his team at the IMTMA cope with enforced 12–18 month suspension of normal event activity? “We were actually busier in this period compared to normal,” he tells EW. The association has five divisions: policy work and research, training, events, and then trade shows and the venue rental business. “So the last two, obviously, went down for the last 18 months,” says Varathan. “But it gave us an opportunity, you know, to be in touch with the customers in a bigger manner to be in touch with membership, because the first three [divisions] became super active”.

In order to protect the organisation, he said they became ultra conservative in terms of spending and tried to optimise asset management in terms of the venue. The association had good reserves and he is pleased that they were largely able to protect the team with no huge staff reductions.

The association has around 500 members and Varathan says that they doubled down on their focus on members’ concerns and issues. “So, I will say we took more than 100 interventions [on behalf of members], working with members, working with government”. The issues varied from cash flow, to guidance on closing down and restarting workplaces, government rules, the supply chain for the industry, and raw material availability. There was a huge variety of subjects, he says.

As with many associations, education and training is a key activity for the IMTMA and that grew in importance although delivered almost exclusively online. While digital delivery may remain the main channel for this in the future, Varathan was less convinced of its capacity to displace trade fairs. In keeping with many of his industry peers, he believes “when it comes to trade shows there is no substitute available for face to face. Technology, as of today, cannot replace what face to face can deliver”.

What his team was able to do, he says, was to use digital tools to stay in touch with their stakeholders and to allow exhibitors and visitors to get in touch with one another. The value of this is relatively limited he believes but was the best that could be offered when physical events were not possible. Important lessons have been learned, though, and he is convinced that we will see a higher level of technology deployed at events in the future.

What Varathan believes is critical is that there is really sharp focus on the value that technology adds to the customers. Without a real understanding of that value, he sees no possibility for developing a viable revenue model for the digital services which are now being so widely discussed. That value must come, he says, either in terms of improved efficiency or stakeholder satisfaction. “We need to be very smart in identifying areas where technology can actually adapt to add real value to exhibitors,” Varathan thinks.

Looking at the bigger picture for India, Varathan is very optimistic for the future. He accepts that it will take another 12 months or so to recover from the impact of the pandemic. But, then he thinks, the combination of a much stronger venue situation across the country combined with growth prospects can only spell good news for the exhibition industry. He believes the economy will grow from US$3 trillion to around $5 trillion in the next five years. With the right government policies in place, he thinks this will drive manufacturing up by 20%. Within 10 years, he sees India with a $10 trillion economy and a $2–2.5 trillion manufacturing sector. “It’s a super opportunity for exhibitions,” he says.

Turning from India to the global industry, Varathan concedes that it hasn’t been quite the year that he envisaged when he agreed to take on the role of UFI president. “it’s been a tough year for UFI, obviously,” he says. But he feels that the organisation has been reinventing itself very rapidly in response to the crisis. He reiterates the focus that he described at last year’s virtual Congress when he took on the role. “I said that we need to focus on the restart as very important,” he said. Leadership, technology and connecting with the community were the other three pillars on which he focused.

Varathan knows that the restart job is far from done. He feels that for at least another year, all sides of the exhibition industry community will still be responding to the challenges of the pandemic. “So here, working with government plays a very important role,” he notes, referring to UFI’s new Global Policy initiative. By trying to connect with trade and tourism ministers who are responsible for the exhibition industry in one way or other “it will give a better connection to those political leaders with our industry”. This will help to get a better policy environment and better initiatives, he thinks. “There are lots of things to be done yet”.

Even after this challenging year, Varathan speaks with great energy and enthusiasm about the future of exhibitions. One of the industry’s consummate professionals, he leads with a very positive outlook and a winning smile.