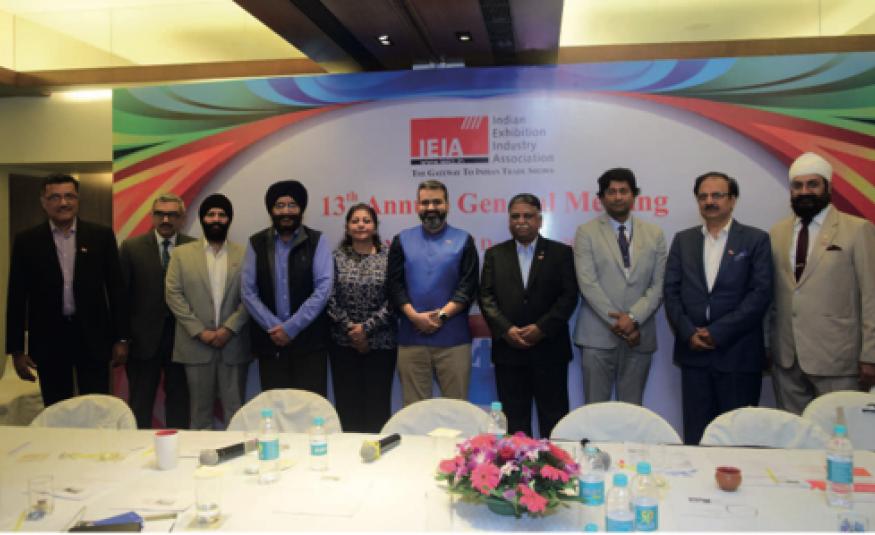 Sethi also presented the annual report on the association’s activities over the past y ea.

Honorary Treasurer Sudeep Sarcar said IEIA had made good profit in the year 2018-19 and driven forward various initiatives. There had been an increase in revenues from membership enrolments and sponsorships from IEIA events.

Rakesh Kumar, Director General EPCH and Chairman of India Expo Mart was thanked for his longstanding contribution to IEIA and for his efforts as Immediate Past President.

New officers were also elected to the Executive Committee for the term 2019-2021, including the new President who said: “We will work together as a team and scale greater heights in developing the Indian exhibition industry.”