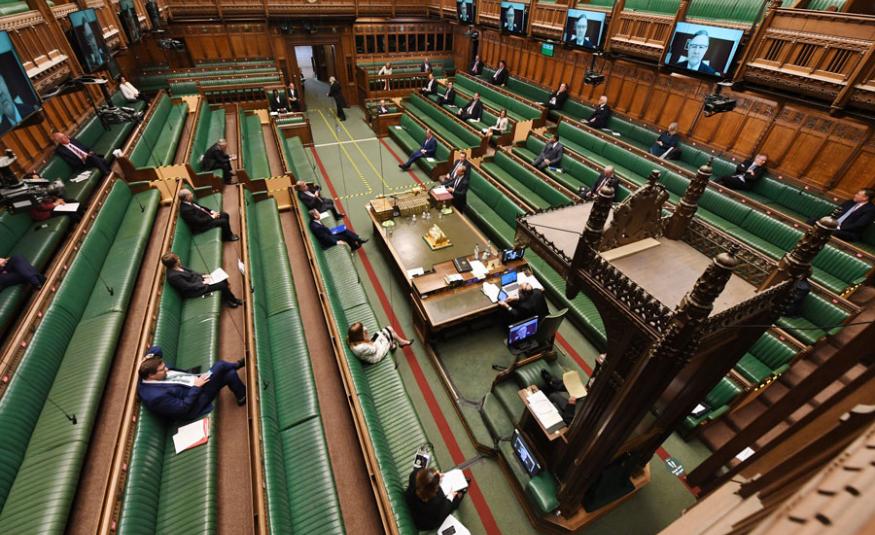 Further measures to support UK industries have been discussed in the House of Commons, 25 June. Ministers agreed that there are gaps in support and said they hoped the events industry would receive specific measures.

In response to a petition signed by more than 150,000 people, the events industry was put centre stage as an industry in need of further support, as a restart date is yet to be confirmed by the Government.

The events industry, encompassing conferences and meetings, exhibitions and trade shows, festivals and cultural events, is worth £70bn to the UK economy each year and employs 700,000 people.

Opening the debate, Conservative MP for Chipping Barnet, Theresa Villiers, noted that there were “gaps in support”. Replying to a question from opposition whip Jeff Smith, who asked her to agree that sector-specific support was needed for the events industry, Villiers replied: “I do agree with the hon. Gentleman on that. They are more heavily impacted, and I hope it will be possible to have a sector-specific scheme for them.

“I was about to turn to exactly that point; the arts, events, theatre, performance, musicians, actors and creators. With no date set for the resumption of events and performances in theatres or music venues, this crucial part of our economy could be the hardest hit of all of them. The future of our regional theatres in particular looks perilous.”

“As well as considering further funding support for those workers and sectors, we must have a clear plan to get theatres and venues open and to get events starting again, as has been managed in countries such as South Korea.”

Stephen Hammond, Conservative MP for Wimbledon, expressed his concern for the events industry’s future. He said: “I pick up the events industry in my constituency, with White Light and Oxygen Event Services being two companies that may not be able to reappear in the way they were before this pandemic hit the country, and that would have a huge impact on the concert, festivals and hospitality industry.”

Leader of the Green Party and MP for Brighton, Pavilion, Caroline Lucas, also spoke passionately about the value of the events industry to the city. She said: “Many of my constituents have signed the petitions triggering this debate and, in particular, are calling for a dedicated programme of support for our events, cultural and creative industries.

“Anyone who knows Brighton and Hove cannot fail to be aware that we are home to some of the country’s most vibrant, creative and successful festivals. We lead the way nationally as well in widening access to the arts and unleashing the creative lives as yet unlived in excluded communities.”

Lucas laid bare the number of jobs at risk and the scale economic damage to Brighton if the events industry was to collapse. She said: “Failing to directly support the creative sector puts 16,000 jobs at risk in our city alone and £1.5bn in turnover. The consequences for the UK as a whole will be equally devastating, including for our sense of identity as a nation, which is inextricably bound up with cultural innovation from Chaucer to Banksy.

“I call on ministers to introduce urgent life support measures as other European countries have done. Germany, for example, has invested in a €50bn rescue package. We need a similar cultural sector hardship relief fund to save live music venues, grassroots theatres, arts centres, community pubs, and any space that is a vital hub of culture and social interaction in our communities. Live music venues in my constituency are particularly at risk, and face a cliff edge when furlough ends.

“Those working in the events and creative industries are often self-employed and need their incomes protecting, too.”

The shadow minister for Business, Energy and Industrial Strategy, Matthew Pennycook, said the Government has promised further support measures on 8 June, but noted that nothing has yet materialised.

“That [events] sector will be one of the last to reopen because of the difficulty, in many cases, the impossibility, of operating theatres, live music, festivals and other events and performance in line with social distancing measures. The culture secretary told the Evening Standard on 8 June that a package of support was “imminent”, yet weeks later nothing has materialised. That industry desperately needs more help.”

Nigel Huddleston, the tourism minister who is ultimately responsible for the events industry in the Department for Culture, Media and Sport (DCMS), concluded that Working groups have been set up by various departments to “work on the path to recovery and to identify what further support may be required, and discussions with the Treasury are taking place.”

Guidance for the conference and meetings sector was released, 23 June. Guidance for exhibitions and outdoor events is expected to follow shortly, yet the industry awaits a restart date.