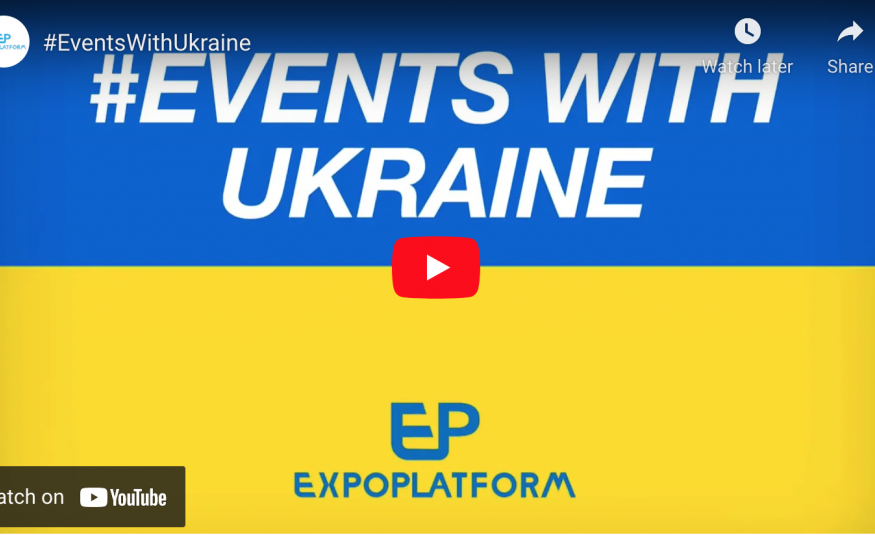 On the first day of International Confex, 8 March, at ExCeL London, a special session on Ukraine heard calls for Russian members of UFI to be suspended from the organisation in response to the Russian invasion.

The special session was convened to highlight how eventprofs can help support those suffering in Ukraine. There were a range of views on whether all Russian industry association members should be targetted with bans or just enterprises connected with the Russian state.

Speakers noted how a number of associations and businesses have stepped up to provide funding, humanitarian aid and to take measures against Russian-linked enterprises.

Trevor Foley, managing director of tfconnect, spoke from the audience as he challenged the global association of the exhibition industry, UFI to suspend its members from Russia.

He said: “Russian members should be suspended. I put a note out to Clarion, Informa… tell UFI what you think.

“When FIFA and the Paralympics committee tried to fudge the issue they were told that wasn’t acceptable. We effect every industry, every sector, we can do our bit.”

Nick Dugdale-Moore, UFI head of regions, explained that a meeting would be held on 11 March to set out what steps could be taken against Russia.

He said: “We have members all around the world, this isn’t an issue we can decide independently – this is something that has to be ratified by our members. Our board of directors is our highest decision-making power to approve that.”

Doug Emslie, CEO of Tarsus Group, highlighted how the Society of Independent Show Organisers (SISO) had decided to take a raft of measures to support Ukrainians while also banning Russian members from accessing the society’s events. It was also heard that the UK’s Association of Event Organisers (AEO) was working to provide funding but had stopped short of measures against individuals or businesses.

IMEX Group had earlier announced it would be suspending Russian businesses from its events and CEO Carina Bauer told how they “didn’t feel it was right” to take money from those companies.

She said: “We want to make a stand about that. We also didn’t think it was right to give them a platform to benefit from the global exhibitions industry.

Pinchuk, who is originally from Ukraine, warned that the invasion currently happening is a “disaster” for Russia as well.

She has launched the #EventsWithUkraine campaign which calls on industry professionals to give support to forces fighting against Putin’s military and provide support to those impacted by the invasion. She has also previously called on event directors to take a stand by banning or boycotting Russian businesses.

She added: “This is an example for the whole world how we can stand together to defend freedom, free speech and democracy.

“What’s happening now is an unexpected disaster. But it’s not a disaster just for Ukraine or the rest of the world, it’s a disaster for Russia as well… a lot of innocent people in Ukraine are dying.

“This person can be stopped – that’s what we are trying to do by running our campaign. Now I feel like I made the right choice in joining the exhibitions industry. I think that we have a power to support protest. We as an industry here can reach out to any business internationally.”

Mykyta Fastovets, CTO and co-founder of ExpoPlatform, highlighted how measures against the Kremlin should let the Russian people know the cost of Putin’s actions. He was responding to a point made in the audience that actions against businesses could be counterproductive as it may cut the possibility of information flow.

“These are things that (Russians) as an international community benefit from. This isn’t a punishment for you, but this effects your daily lives because your government has decided to break international rules, morals and standards.”

ExpoPlatform is calling for donations either to Ukrainian forces with a SWIFT bank transfer or the British Red Cross who are providing food and shelter to those in need.