Celebrating one of life’s greatest showmen 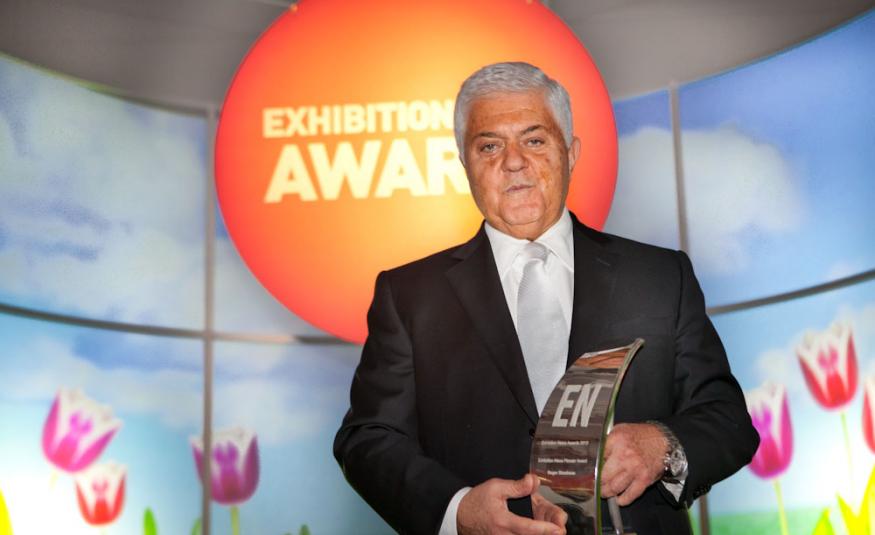 The Hyve Group has issued a statement announcing the passing of Roger Shashoua, a founder of its legacy business.

The statement reads: “We are saddened to announce that Roger Shashoua, a founder of our legacy business, ITE Group, passed away on Sunday 17 January.

Roger was a titan of our industry. The pioneering work he did throughout his lifetime not only helped to shape this business and the wider exhibition industry, but also marked some of the first steps towards a more connected world as the ‘70s presented a turning point for globalisation.

“As markets began to open, he spotted an opportunity to create a series of businesses in emerging economies, starting with the Middle East in the ‘70s. In the ‘80s he was one of the first to expand into China and then, in the early ‘90s, he founded ITE Group with his brother Roddy, with a focus on Eastern Europe and Russia.

“What came next was unprecedented for that time. The years that followed saw ITE grow from a team of three, to more than 850 people in over 10 countries. By 1998, ITE was organising more than 85 exhibitions, all crossing new boundaries and connecting the West with markets which were previously inaccessible. His innovations are still the cornerstone of the industry; he pioneered geo-cloning on a global scale and placed an enormous focus on customer experience – he believed that every event was a ‘show’.

“When ITE transformed into Hyve in 2019, he could not have been prouder. He welcomed the new brand and was delighted to see the company’s pioneering spirit still setting the standard for the industry.

“But he was more than just an inspiring businessman. Mark Shashoua, Roger’s son and now Hyve’s CEO, shared: ‘His huge appetite for life built him a reputation as a charismatic whirlwind of energy. His greatest strength was his humanity and he had an extraordinary ability to connect with people from all walks of life. He lived his life completely committed to everything he did and with passion, humility and a good dose of humour. He was one of life’s greatest showmen. Roger leaves behind a legacy that resonates as much now as it did when he started his career. He was a disruptor by nature and never more inspired than when there was uncertainty around him. He recently commented on how Covid would accelerate all forms of disruption and, whilst he said this, the glint in his eyes shone at the opportunities which await the world. His distinctive characteristics of challenging the status quo, ambition and fearlessness will serve us well as we enter yet another ground-breaking new era for the company’.”

Mash Media MD Julian Agostini also paid tribute to Roger Shashoua, whom he presented with the inaugural Exhibition News Pioneer Award in 2012 for his achievements in expanding the exhibition industry and for his efforts to help organisers protect and sell their brands internationally: “Roger was a true icon and legend of our industry. He was the first winner of the EN Pioneer award and no no-one could have been more appropriate; a genuine trailblazer. I loved being in his company, he could show you the positive in literally every situation; I never knew him to be in anything other than a good mood. A genius with a wonderful soul, we’ll miss him terribly but his imprint and impact on our industry will be with us forever.”

Stephen Brooks, former owner of Mack Brooks Exhibitions, also remembered the impact of Roger Shashoua: “Roger was the most loveable of rogues. His optimism, charm, success and invention were always infectious. He will be remembered as one of the most colourful characters, innovators and entrepreneurs the events business has seen.”

Phil Soar, chairman of CloserStill Group, told EW: "I first met Roger in 1994, soon after the foundation of ITE. David Levin and I had a number of discussions about taking a majority stake in the business. Roger was hugely entertaining, energetic and knowledgeable about his markets and the future. We had a lot of fun. Sad to say, the investment never happened - although I recall that the valuation at the time was around £18 million. One of life's many missed opportunities. The UK was, for a long time, not a major market - ITE having none of the UK's biggest 30 events as recently as 2010. So it would have given Roger great pleasure to see that Hyve - under the leadership of his son Mark - now controls more of those events than any other company."

And IMEX Group chairman Ray Bloom also paid tribute: "Roger was one of the great pioneers of our industry, who combined the courage to take great risks with the ability and dedication to see difficult projects through. It was this and his engaging personality that made him so successful."

Leader of many event industry businesses, including MD of the Business Design Centre Islington and CEO of the NEC in Birmingham, Andrew Morris first met Roger Shashoua soon after ITE and Blenheim floated. “I was overwhelmed by his personal charisma and passion for exhibitions as a global communications platform. He raised the bar and set the stage for more recent organisers to follow his ambitious example. What a legacy!”