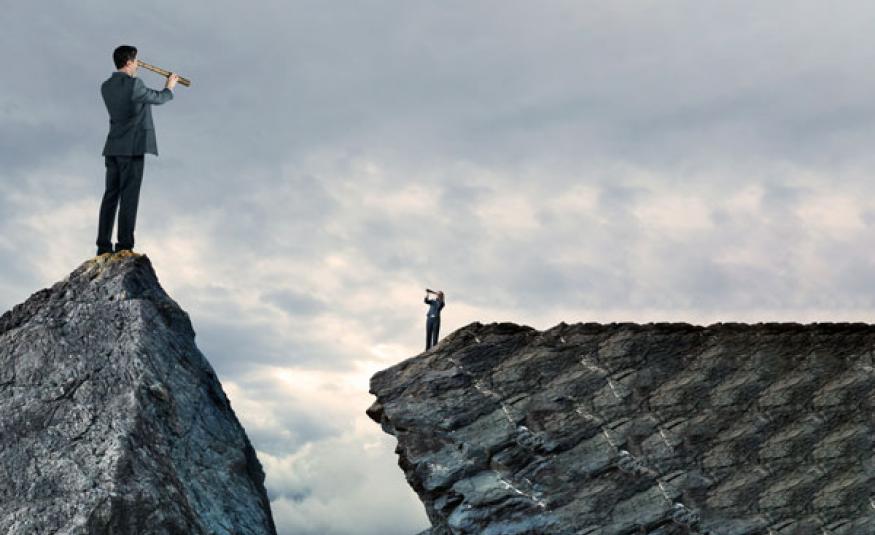 We seem to be living through a time of turbulence in the global exhibition market, with big shows like Interbike and Cebit abruptly ceasing, alongside some big organiser acquisitions and the wild card of tariffs.

US tariffs on Chinese imports were certainly the main scapegoat for Emerald Expositions Events Inc. when announcing before the New Year the end of its 37-year Interbike show, scheduled for Reno, USA, in September 2019.

Emerald’s Executive VP Darrell Denny said: “It became pretty clear the market had changed quite a bit. We need to look at how we can serve the market in a different way. It will have to be pretty cost-efficient with inexpensive travel”. The Cebit (the world’s largest IT show in Hanover) story also illustrated that big show organisers need to be listening to their exhibitors and visitors constantly and acting on research and feedback quickly, as the pace of change accelerates.

Cebit organiser Deutsche Messe AG stunned the market when it pulled the giant tradeshow as exhibitors and visitor numbers dwindled. The storm clouds had gathered fast.

Bloomberg’s Michael Sasso is one observer who believes Chinese tariffs are another factor keeping US tradeshow organisers on edge.

“Recession has a huge impact on the exhibition industry. Companies see exhibition costs as easier to cut than some other expenses.”

“The tradeshow industry is especially susceptible to economic downturns, having plummeted almost 10% one year during the last recession, and show producers are hoping to stave off a repeat,” he stated. The lessons of the recession of a decade ago still remain in the mind clearly, as well as fears of what a deteriorating economy can mean for the tradeshow sector.

“Recession has a huge impact on the industry,” said Allen Shaw, an economist with the Center for Exhibition Industry Research (CEIR). “Companies see exhibition costs as easier to cut than some other expenses.”

A Boston seafood tradeshow was cited as an example of pull back by Chinese vendors due to protectionism concerns. The US seafood industry works on small margins, so vendors are feeling the current 10% tariff on imported Chinese seafood, said Mary Larkin, whose company, Diversified Communications, produces Seafood Expo North America in Boston, among other shows.

Chinese vendors “book a little bit less space than they have in the past,” said Larkin. “Maybe they booked 20 booths for a pavilion in the past, and they’re maybe booking 16 this year.” 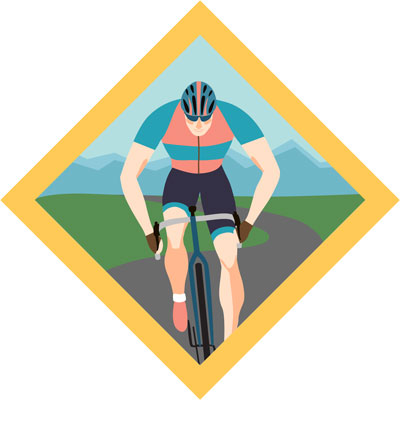 Reasons to be cheerful

The CEIR index recently forecast US tradeshows should grow by 1.5% over the next 12 months, (down slightly from around 1.65% last year). Although a positive figure, it is down from an expectation of a 2.5% gain.

The picture does not seem uniform across countries or sectors, which further complicates things.

Organisers reported exhibitor sales for the IBS Builders Show in Las Vegas as strong, even if the National Association of Home Builders says the US housing market has softened in recent months. Sectors such as construction and heavy machinery, as well as the promotional products industry in the US are clearly examples of sectors doing well.

Bob McLean of the Promotional Products Association International has said he expects his sector to grow 4% in 2019, on top of 5% growth in 2018, which may be good for industry confidence Stateside at least.

And fresh findings from an AUMA survey show German companies prefer trade fairs to digital in terms of effective marketing.

So, what of the big deals in the organiser world?

CloserStill Media’s sale to Providence for £340m (US$431m) on 19 December 2018 and Mack Brooks’ acquisition by Reed Exhibitions for an estimated £200m (US$261m) are big portions of food for thought and would seem to illustrate the sector is increasingly of interest to private equity. Reed Exhibitions reportedly bid against a PE company to acquire Mack Brooks.

A broad programme of geo-cloning has successfully positioned many of these brands outside Germany and the UK to include a presence today in France, Italy, the United States, Mexico, China, Singapore, Thailand, India and Turkey.

Stephen Brooks, Chairman of Mack Brooks, said: “I am extremely positive about the future of Mack Brooks as part of Reed Exhibitions. Our events and customers will benefit tremendously from Reed Exhibitions’ global reach, experience in delivering customer value and investment in technology.”

Chet Burchett, CEO of Reed Exhibitions, said the combination of the two businesses would, “deliver value for all stakeholders, including customers and staff”. 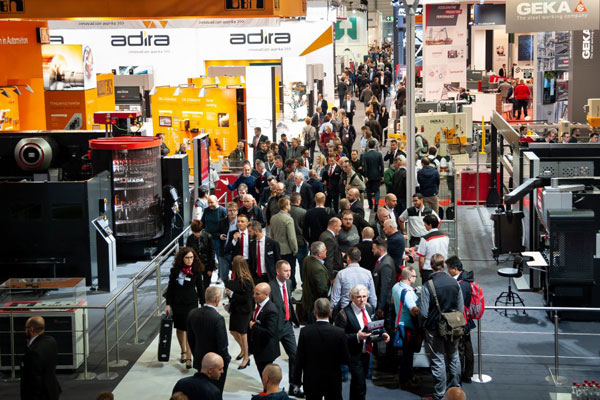 M&A expert, Mayfield Merger Strategies’ Steve Monnington told EW he believed the Mack Brooks transaction was similar to the All World deal at the end of 2016 in that it is the sale of one of the few remaining long-term family owned businesses.

“Private Equity firms were also very interested due to the size, but the sale to Reed keeps it ‘in the family’. This is a very logical purchase for Reed given their strength in Germany,” said Monnington. “It will be interesting to see if they integrate the business into each of their country operations which would mean that the Mack Brooks brand would dissipate over time.”

Providence Equity Partners, which acquired CloserStill Media at the end of 2018 is no newcomer to the sector, having previously owned Clarion Events.

The move came after years of significant growth for the UK organiser, which was valued at £25m (US$32.2m) in 2012 when Phoenix Private Equity bought into the company, rising to £125m in 2015 when Inflexion bought a minority stake.

Since the Inflexion investment in 2015 the organiser has made eight acquisitions – five in 2017 and three in 2018 – but CloserStill Chairman and CEO Phil Soar highlighted that the majority of the company’s growth had been organic, much coming from the geo-cloning of successful shows in Asia, Germany and the US, with the launch of events such as Cloud Asia, Learning Technologies Germany and New York Vet.

Soar added: “Providence have a superb track record in supporting growth businesses, not least in the tradeshow industry. It’s been a very successful sector for them and they understand it extremely well.”

In 2011 Providence acquired George Little Management in the US, which was then sold to Emerald Expositions in early 2014 and, in 2017, the company sold Clarion Events to Blackstone for a reported £600m.

“Billions flowing into the industry are the proof that our industry remains attractive for investors."

Andrew Tisdale, Managing Director at Providence, described CloserStill as “an exceptional business led by a strong management team with a proven track record of developing and acquiring successful events around the world. With a compelling global portfolio and diverse customer base across the technology, learning and healthcare sectors, CloserStill is well-positioned to accelerate the momentum the business has generated.”

If all the M&A activity (there were 87 transactions announced in 2018 according to Monnington, who said it was the highest number since his company started tracking deal activity) can be interpreted as a sign of faith in the industry’s strength (there were 53 different purchasers – also a  high) then, on the side for concern, is the clear indication that exhibitors are increasingly questioning the fundamentals of the accepted role of tradeshows.

The recent UFI & Explori Global Visitor Insights study of 13,000 tradeshow visitors, provided evidence of that and much food for thought on what turns on (and off) tradeshow audiences. The research makes it clear visitors say that their interest in other channels such as online marketplaces and conferences will likely rise significantly relative to tradeshows.

UFI’s MD Kai Hattendorf has also emphasised the report underlined the importance of organisers getting the basics right at their tradeshows: seating, catering, queuing, parking and quality of exhibitors.

“Billions flowing into the industry are the proof that our industry remains attractive for investors,” Hattendorf said. 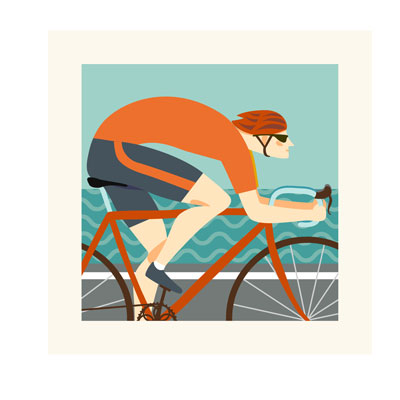 Industry commentator and expert Stephanie Selesnick, International Trade Information, Inc. writing in her UFI Blog, ‘Do you know your competition’, offered insights into how organisers could compete effectively in this environment.

She cited one post-show survey from one of the largest US exhibitions which contained the question: “Thinking about the future of the industry, are there any shows that could ‘steal the thunder’ of the XYZ Show, or that your company might attend instead of the XYZ Show? Which show and why?” The example came from a successful annual exhibition which engaged exhibitor and visitor bases. Its exhibition space sells out every year and there is a waiting list.

It would appear such organisers should have no worries about competition. But, Selesnick used the example to show how they are smart. “The question illustrates that they are not complacent about that year’s success. No matter how successful the show, there is always competition – another show or technology waiting to pounce and take away market share.”

Selesnick’s point is that asking the right questions of your exhibition’s stakeholders – exhibitors, visitors, sponsors, even media, “is one of the best indicators on the future health of not only your show, but the industry it serves”. She does note also, however, that having heard the answers, then making the adjustments is often the difficult part.

As we stride into our 2019 exhibition aisles with our business models regenerating, Dr  Who-style, it is those that listen to their audiences likely to be the ones attracting PE attention and creating success.