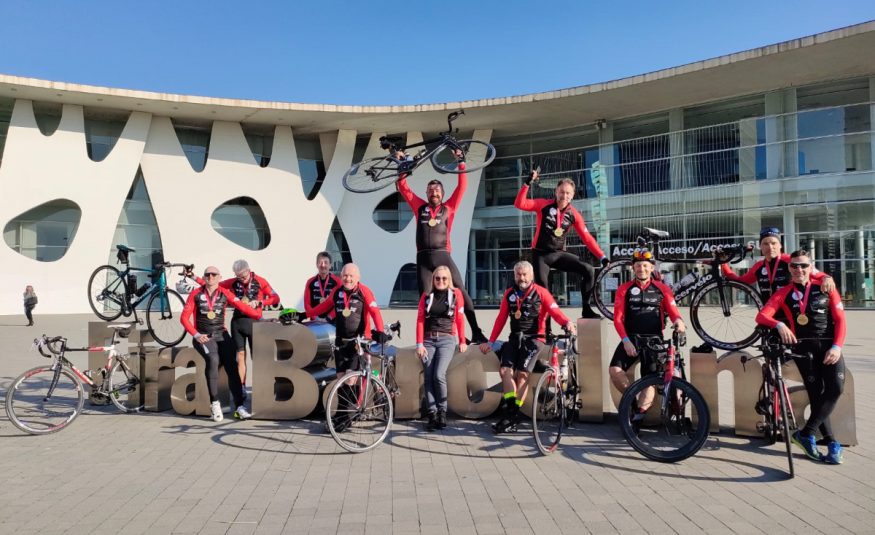 A team of ten industry professionals cycled 400km along the Spanish coast, 29-31 January, to raise awareness of the pandemic hit live events industry and raise funds for charity.

Organised by #WeMakeEvents in UK and Spain, BikeFest Spain 2022 has so far raised €6,000 (US$6,800). The funds are being split between two industry charities that help individuals through financial hardship – Backup in the UK and the AAA Foundation in Spain.

Federico Haba, head of Sharp NEC Display Solutions Ibérica, said: “As a representative of an AV manufacturer, we at SHARP/NEC wanted to join the cause to raise awareness of the impact Covid is having on the live events sector. In addition, with limited access to key components and steep increases in costs, we – and many other companies like us – are being forced to manage supply chain delays. This is having ramifications for distributors, venues, end-users and ultimately, the public.”

From Valencia to Barcelona

The team started its trip at the Mestalla Stadium in the historic port city of Valencia, and over three days cycled along the coast. 400km later the team approached Barcelona and crossed the finishing line at the Fira Barcelona exhibition centre.

Nicky Greet, co-organiser of the event, stated: “It’s so vital that #WeMakeEvents continues to run activities like this, that both fundraise and keep our industry in the minds of governments. The relentless impact of the pandemic has hit people’s livelihoods and mental health, and they mustn’t be forgotten about. As the driver of the support van for BikeFest Spain 2022, I can tell you that the team cycled some serious terrain, in cold and windy conditions too. It was really impressive seeing them keep the momentum going, doing it on behalf of all of us in the industry.”