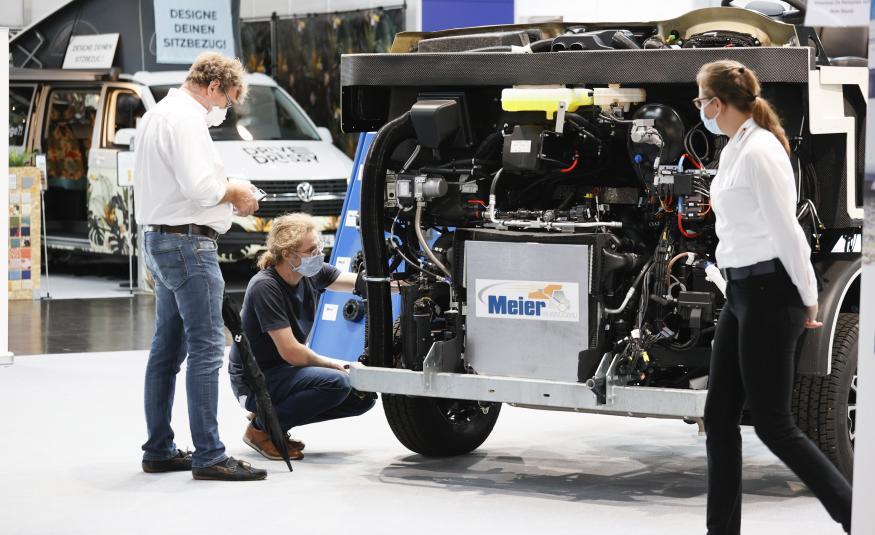 As the exhibition industry in Europe starts to get back off the ground, or at least has plans for reopening in Spain, Great Britain and the Netherlands, the association of the German tradefair industry, AUMA, has urged its country’s politicians to follow suit and “seriously deal with how Europe’s largest exhibition industry should get back on track”.

AUMA noted in a statement 12 April, that, in Spain, a first national tradefair has taken place in Madrid under state-defined framework conditions; in Great Britain, a roadmap for a prospective reopening in June has been defined, and in the Netherlands pilot projects have started in the area of congresses and other event formats, also with the aim of defining corresponding standards for exhibitions on the basis of the experience gained.

“In Germany, on the other hand,” AUMA said, “neither the individual federal states nor the Conference of Prime Ministers, which meets regularly, have so far dealt with the reopening prospects of exhibitions after the exhibition industry was sent into its second (and still ongoing) lockdown at the end of October 2020.”

Jörn Holtmeier, AUMA’s managing director, said it was “high time” German politicians seriously dealt with how Europe’s largest exhibition industry, which organises most of the world’s leading events, should get back on track. “Many of these tradefairs are world-renowned brands, often far beyond the industry communities. This position and the resulting high importance for the German and international economy must not be put at risk by a virtually unlimited lockdown for the exhibition industry,” Holtmeier said.

AUMA is also asking Germany’s political leaders to treat tradefairs equally with retail, while acknowledging that tradefairs with participants coming from around the world could not take place in the next few weeks, if only because of the numerous international travel restrictions.

“But, we must now start to rebuild confidence in safe and successful exhibition organisation,” said the AUMA MD, adding that regional and national tradefairs were the ideal starting point for this. “They have a manageable catchment area and can therefore be included in the model projects that have already been launched in some German federal states. In this way, experience can already be gathered in the second quarter and send a signal for the second half of the year,” Holtmeier said. “In the retail sector, there are millions of customer contacts every day without a relevant influence on infection figures. Why should it be any different in the exhibition industry, which has comprehensive health protection concepts defined by the federal states and in normal times has about as many visitors per year as the retail sector has per day?” he added.