A tale of two venues 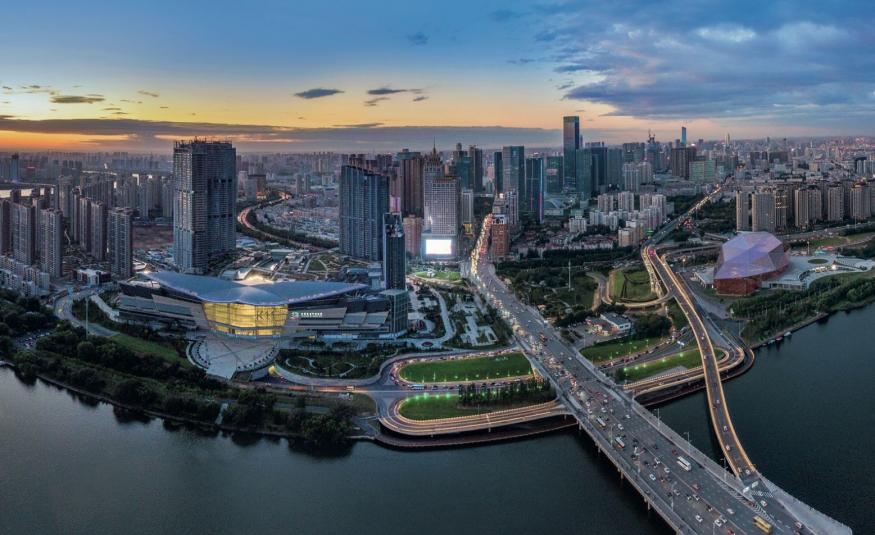 EW looks at two major Chinese exhibition venues, to get an idea of how business is making its way back slowly but steadily.

The events complex is the region’s newest and most modern exhibition venue. Situated in Liaoning province’s capital, EXPO is reporting renewed event bookings while incidences of Covid-19 had been decreasing within the region up until December.

Twenty-two events had been staged at EXPO in the period up to the start of January since it reopened its doors in July 2020. Management had tried four times previously to reopen last summer, but all efforts were interrupted by fresh regional outbreaks of Covid-19, leading to the delay.

The event mix at EXPO over these past months has included exhibitions, meetings, and smaller local and regional events, as well as the China Korea Investment and Trade Expo and concurrent Liaoning International Fair for Investment and Trade, which drew a cumulative attendance of 68,365, 11-17 November 2020.

Previous EXPO management company chairman and current senior executive advisor, Cliff Wallace said: “The vigilance, and emergency preparedness of the EXPO staff, as well as the proactive response of Shenyang’s government to combat the pandemic, is leading to a recovering exhibition and meeting industry within the region. The release of the new vaccines to combat Covid-19 will have a very positive impact. I remain very optimistic.”

Wallace’s optimism notwithstanding, it is fair to add that since December 2020, Shenyang – in common with some other regions in China – has been experiencing a small resurgence of Covid-19 cases (29 cumulative infected cases found between Christmas and 9 January 2021, following nearly seven months of no new cases). The entire city population of 8.4 million residents was tested twice during a nine-day period as a result.

EXPO general manager Diane Chen said: “The ability for China to administer medical testing to such numbers and so quickly is difficult to comprehend by those in other countries. This is simply due to the experience in dealing with comparable population challenges in the past that have helped to make the Chinese so resilient. We are optimistic that the peak season of exhibitions in 2021 will be uninterrupted with the prevention measures implemented by EXPO and supported by the local authorities.”

The team reports that 28 events are currently scheduled on the 2021 EXPO calendar, including the following large exhibitions: in the first quarter:

At the beginning of February 2020, when the government in China declared Force Majeure for various industries, Shanghai New International Expo Centre (SNIEC) had to close, like all other major venues. It was not allowed to dismiss any employees, however. European-style or US short-time work or paid furloughs are not common so SNIEC had to set up operational plans for its staff involving maintenance work or training.

“At the same time,” says general manager Michael Kruppe, “we started lobbying the government and related authorities about the design safety protocols. It was successful and the government allowed us to open our gates at the end of June 2020.

“Since then, 86 expos and shows have taken place in SNIEC, with approximately 3.5 million visitors and no problems reported,” says Kruppe.

One of the decisive measures is the wearing of masks within the tradefair grounds. “Everyone sticks to it, although there have been a few foreigners who think they do not have to abide by the rules and want to claim their ‘human rights’ or freedom to walk the expo floor without wearing a facemask,” the GM notes. “The wearing of the masks,” he adds, “is one of the most important reasons why we are almost back to normal here in China.”

Before Christmas the pharma show CPhI was successfully held in hybrid form (see right) and, in 2021, the World Mobile Congress WMC/GSMA is due in SNIEC just one week after Chinese New Year.

The SNIEC safety procedures don’t stop at facemasks and include social distancing, special queuing systems, double temperature checking and face recognition cameras to ensure that only registered people in the green range (with a maximum temperature of 37.3) are admitted.

Cleaning regimes have been doubled and AC filters have all been changed. Sanitising areas are provided at all entrances and exits.

Those registering in advance and able to show a green health code can enter the venue. Walk-in visitors are also welcome, but have to register on site, which can take a little longer.

The green code is also required for anyone who wants to travel in China or to enter a public building or restaurant. If, within the last 14 days, a person has stayed in a risk area, their code changes to yellow or red and then they are not allowed to enter such areas or board a plane, train, etc. The procedure also applies for foreigners.

Kruppe says that tradefairs that have been held in 2020 at the venue have generally shrunk in size about 20-25% over comparable 2019 figures. This is partly due to the lack of foreigners, but mainly because some Chinese are still cautious. Nevertheless, he says he is satisfied with the result considering the situation in the rest of the world.

Kruppe believes that pre-corona exhibition levels are likely only to be reached by 2023/24. And he doesn’t see online events gathering more than 10% of the overall revenue stream of an in-person exhibition.