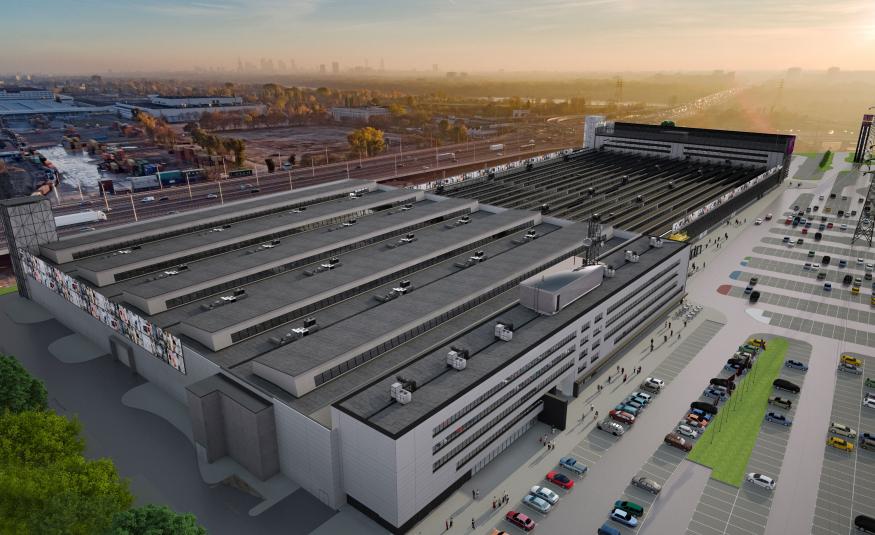 With Poland now officially a ‘developed’ country according to the Russell Index, Ramy Salameh examines its growing exhibition stake in the Central European fairground.

The view from the 30th floor observation deck of the ‘Palace of Science & Culture’, in the heart of Warsaw, offers a sweeping panorama and a great sense of the confidence in Poland’s capital right now. Dramatic Manhattan-style skyscrapers cluster in the direction of the airport, with many more planned.

In 2017 passenger arrivals to Polish airports were up by 17% over 2016. This confidence has translated into performance, with Poland promoted to the group of developed countries in the FTSE Russell Index in 2018.

According to the International Congress and Convention Association (ICCA) the number of events held in Warsaw increased 144% between 2007 and 2017. Added to which new major exhibition and congress facilities have emerged in recent years.

The Palace of Science & Culture was constructed in 1955, as a gift from the Soviet people. It is a listed monument and complex which houses four theatres, a multiplex cinema, three museums, four universities, a dance school and a Congress Hall, soon to be re-opened after renovations. There is 10,000sqm of exhibition space and the capacity for conferences for up to 4,000 participants. The Palace will host the next edition of DentExpo in 2020.

Another super structure, sitting just across the Vistula River in the Praga district, is the crown-shaped national ‘PGE Narodowy’ stadium, fondly referred to as the red and white ‘Nest’. Opened on the eve of Euro 2012 as the centre-piece venue of the football championships, this multifunctional arena can host global events with a state-of-the art conference centre and 22,000sqm of exhibition space.

PGE Narodowy’s event CV includes the hosting of a windsurfing regatta, followed by a car racing show within days of each other. The Rolling Stones have performed there, whilst the 2013 UN Climate Change Conference and 2016 NATO Summit used the stadium.

Plans are still ongoing to create a concert hall, congress centre and hotels around the vicinity of the stadium.

The exhibition sector is acting as a key driver for the economy. Davide Odella, Sales Director of EXPO XXI Warsaw, a major venue with nearly 20 years’ experience and 3,000 events under its belt, states: “There is currently a clear trend and growth in B2C shows, and new sectoral B2B e-commerce events”.

Robert Zapulski, Director of the Marketing Festival and Print Festival, which took place in September, endorse EXPO XXI Warsaw as “still is the best place for B2B fairs”.

EXPO XXI now has some new venues to contend with; the ‘Ptak Warsaw Expo International Exhibition & Congress Centre’ (pictured below) opened in 2015 and recently ranked first in Poland and 19th in Europe, in terms of total venue space.

Ptak offers six-halls with a combined space of 143,000sqm. The venue is host of the Warsaw Motor Show, Go Active and Warsaw Industry Week, among other events: “Ptak Warsaw Expo is the largest organiser of nearly 30 in-house events and developing all of them – they are growing by more than 30% per year,” says Zaneta Berus, CEO of In21Win and Board Advisor to Ptak Warsaw. She admits the company is still a “very young” tradeshow organiser, but developing fast.

Global Expo is another venue that opened in Warsaw in 2018. It includes a conference and banquet room of 2,015sqm and stands on the site of the former FSO car factory. Global Expo incorporates post-industrial design with innovation technology.

Zapulski adds: “The Warsaw events market is growing very fast. We are noticing that visitors like a combination of traditional fairs and networking. Face-to-face communication is still very important and we are thinking about designing new tradefairs and small conferences for specific audiences”. 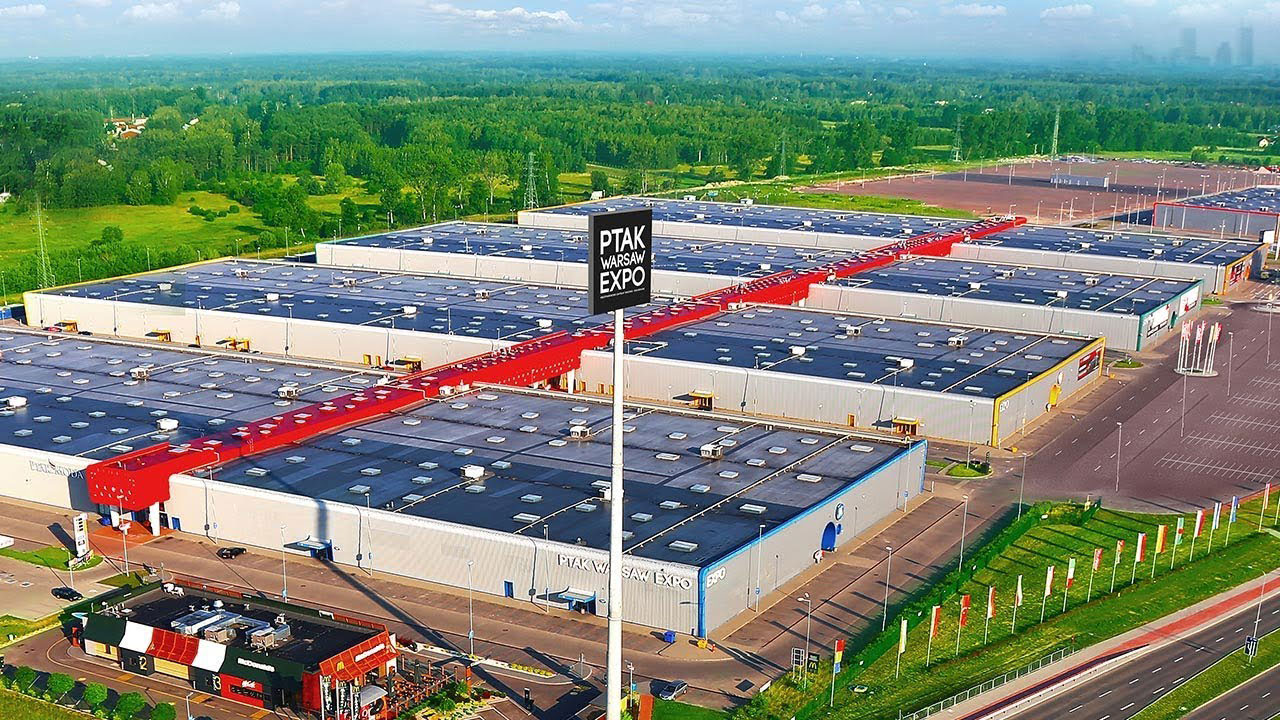 Exhibition echoes from the Chamber

EW visited the Polish Chamber of Exhibition Industry, the key national industry association for promoting the sector in Poland.

EW: What is the current scale of the Polish exhibition market?

Poland is at the heart of Europe and its position has influenced the development of the economy and of the Polish exhibition market. Poland has enjoyed uninterrupted GDP growth for 25 years.

EW: What data do you have on exhibition visitor numbers?

Recently released (audited by CENTREX) data can be found in the PCEI report Exhibitions in Poland in 2018.

Fairs centred on consumer goods and services for the household and family have certainly increased, as have motor shows. The largest of them, organised at Poznań International Fair, attracted over 111,000 visitors. The AGROTECH agricultural fair in Kielce drew 71,000 visitors and the Book Fair in Krakow was visited by over 66,000 people.

Other strong industries include construction, with the  International Construction and Architecture Fair BUDMA, MTP Poznań attracting 1,000 exhibitors and 50,000 visitors.

In Kielce, security, fire protection and defence are big sectors for tradeshows, with International Defence Industry Exhibition MSPO Kielce attracting 625 exhibitors and 34,106 visitors. The city’s International Fair of Plastics and Rubber Processing PLASTPOL Kielce is also a big affair, with 812 exhibitors from 39 countries and 19,000 visitors. 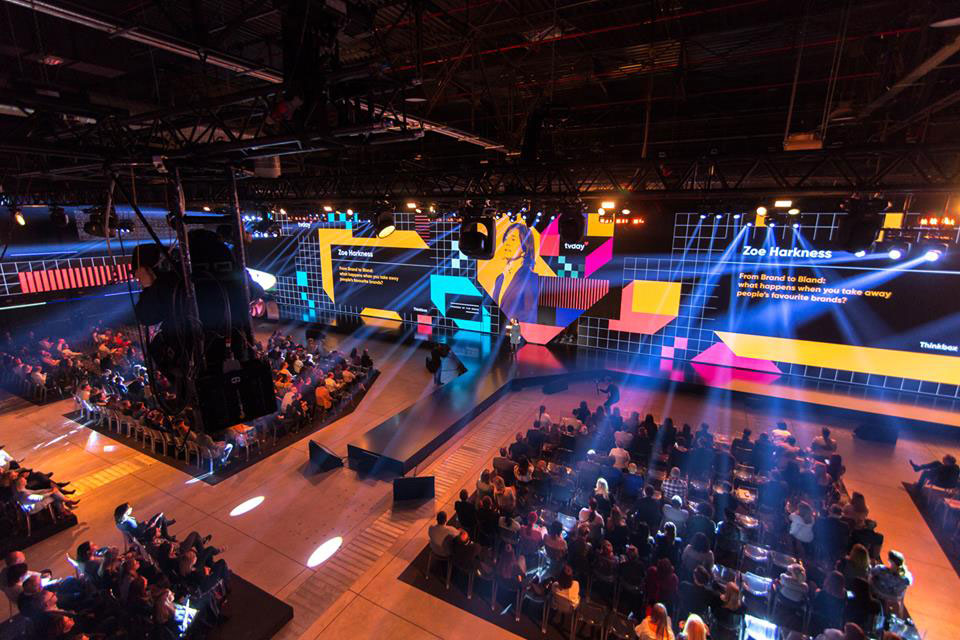 EW: What can you say about the contractor market?

There are over 120 companies on the Polish market designing and building exhibition stands, a dozen companies specialising in transport and tradefair logistics, and several companies specialising in digital services for the exhibition industry. In addition to servicing the Polish market, these companies are becoming more active on overseas markets. There is also a growing hybridisation of activities - companies cater not only for tradefairs but also for conferences and various types of events.

The most dynamically developing events are aimed at enthusiasts - from vintage car shows, through fishing, board games and multimedia entertainment. A relatively new trend is ‘survival’. New tradefairs are also appearing.

One visible trend is to enrich tradefairs with interactive forms of presenting the offer, and VR technology is more common.

The engagement of the event participant is crucial here. As they head towards further digitisation and realise more hybrid events, tradefairs are extending the offer of their services with marketing, research and business analysis for exhibitors, and programmes aimed at attracting more foreign customers.