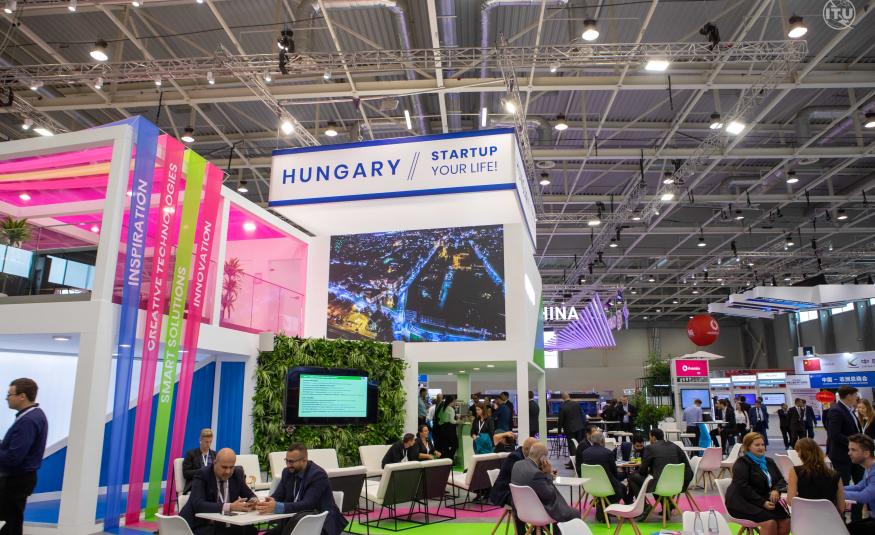 In September Budapest hosted ITU Telecom World for a second time, having hosted the global telecommunications event for the first time in 2015. This year’s four-day exhibition was held at Hungexpo Budapest Congress and Exhibition Center.

The event was set-up in three event halls: the exhibition took up 13,000sqm in Halls G and F, with 270 exhibitors from 40 countries participating. The forum was organised in Hall A in seven conference rooms. Furthermore, a large area was separated for meeting spaces, offices and for the International Media Centre.

Some 4,000 delegates from 125 countries converged on the Hungarian capital for the event, which was opened in the presence of Prime Minister Viktor Orbán under the broad theme of ‘Innovating together; connectivity that matters’.

The appointment of Hungexpo as event contractor was selected through an international public tender process six months prior to the event by ITU. Hungexpo had clinched a contract that, as well as a full range of venue services, included construction, set-up and dismantle of turnkey stands, signage and branding elements, show management, exhibitor services, IT and utilities services, cleaning and carpet laying.

During the one-week build-up period 29 turnkey stands (530sqm), 23 workstation (92sqm) and 3 x20sqm office suites were built by Hungexpo. In addition, six (size of 50-360sqm), custom-made stands totalling 920sqm were constructed by the team. The 180sqm Innovation Space and a 150sqm Business Matchmaking Zone was also set-up in the exhibition area.

“It is a great honour and pride for us that Hungexpo has once again been chosen as the venue and general contractor for ITU Telecom World after the successful 2015 event. The success of the forum and exhibition this year can be attributed to the fact, that the work among the three organisation teams of the ITU, the Ministry of Foreign Affairs and Hungexpo had not simply been a traditional customer-service provider cooperation but more of a smooth-operating partnership,” said Gábor Ganczer CEO of Hungexpo.

Péter Szijjártó, Hungary’s Minister of Foreign Affairs announced at the closing ceremony of the event that the government has decided to start negotiations for Hungary to host all ITU events between 2023 and 2026.

Hou-lin Csao, General Secretary of the International Telecommunication Association, said that the advanced development of infocommunication in Hungary provided a good basis for the next European ITU conference.