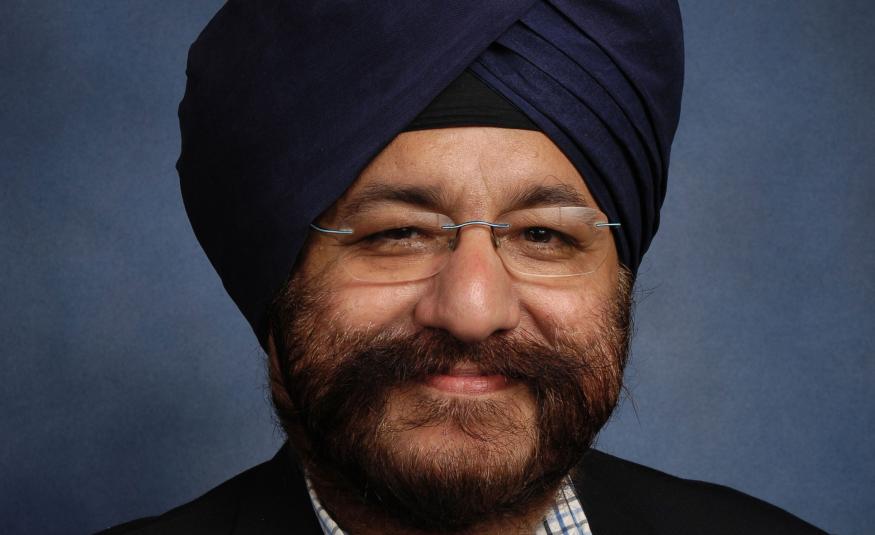 EW meets Ravinder Sethi, whose 40+ year career has paved the way for India in the global exhibition industry.

Ravinder Sethi is an icon in the global exhibition industry.

A man of immense business acumen, he has played leading roles in a range of industry associations over many years. As well as building his own logistics company in India, he has played a key role in lobbying to raise the industry’s interests with government and to raise standards across the board.

His story began in Cairo, where he was born the son of a career diplomat. He travelled extensively in his early years and gained a Masters in Business Economics from Delhi School of Economics, University of Delhi.

Sethi says that the various travelling experiences of his youth both enhanced his knowledge and helped him mature. “It was a practical education which is unattainable in any university in the world.”

For long now a familiar face at the exhibition industry high table, he tells EW he first got into the exhibition logistics arena in 1977, going on to establish R.E. Rogers India in 1986, along with his wife, Kiran. 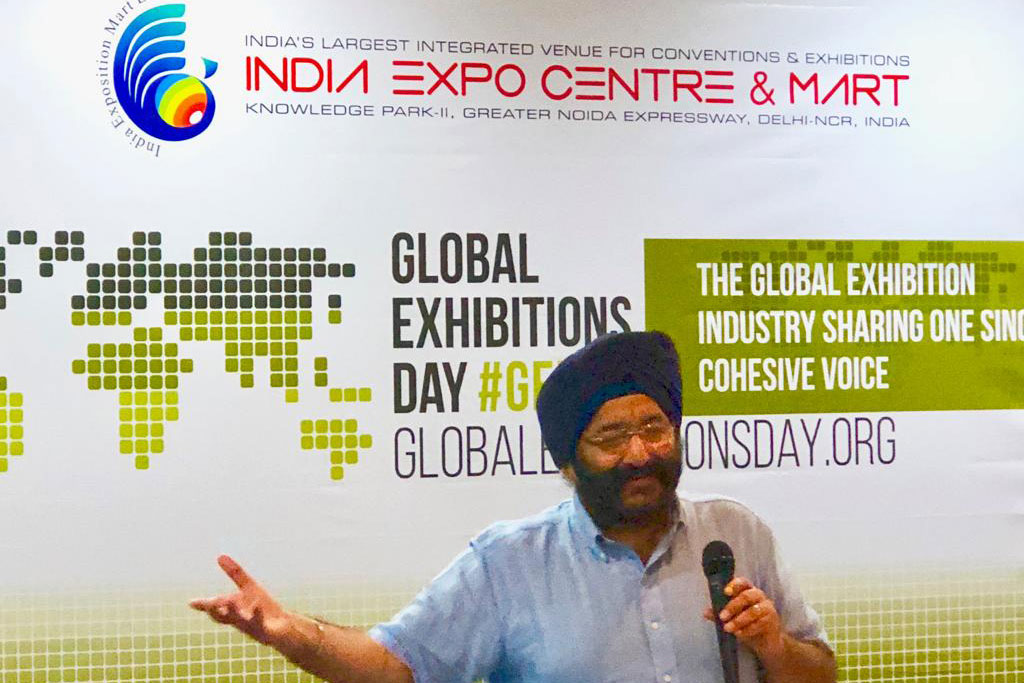 So, how did R.E. Rogers come into being?

“China opened up in the early ‘70s, with the UK government supporting groups taking part in exhibitions there. Five disgruntled employees of a UK forwarding company, sitting in a bar in China, decided to set up an exhibition logistics company in 1975 to service these groups. One of them was R.E. (Bob) Rogers. The true form of exhibition logistics was born right there.

“Bob’s initial expansion was in China and the Far East. Things changed in the early ‘80s, when India opened up. RER UK got appointed for some shows in India and worked with an agent, Continental Carriers, where I was General Manager.”

RER UK later realised it was preferential to have their own India set-up. At that time local laws prohibited foreign equity in the service sector (this restriction has long gone) but Bob Rogers had total faith and trust in Sethi. Indeed, ‘fate’ and ‘trust’ have been key watchwords for Sethi throughout his illustrious career.

He confesses that with no real business background at the time he was hesitant to take the step. “But, with a bit of persuasion, I formed a 100% Indian company in May 1986, with me, my wife, and father as the key promoters.”

It didn’t take long for RER to become a force to reckoned with and market leaders in India.

He says all credit for him being referred to as the ‘King of Logistics’ goes to his “great team”.

“I’ll be seen as being prejudiced in saying it but they’re the best in the world and I’m so proud to captain them.”

The captain, today, has more than one string to his exhibition bow, of course, and is a founder member of the IEIA (Indian Exhibition Industry Association). 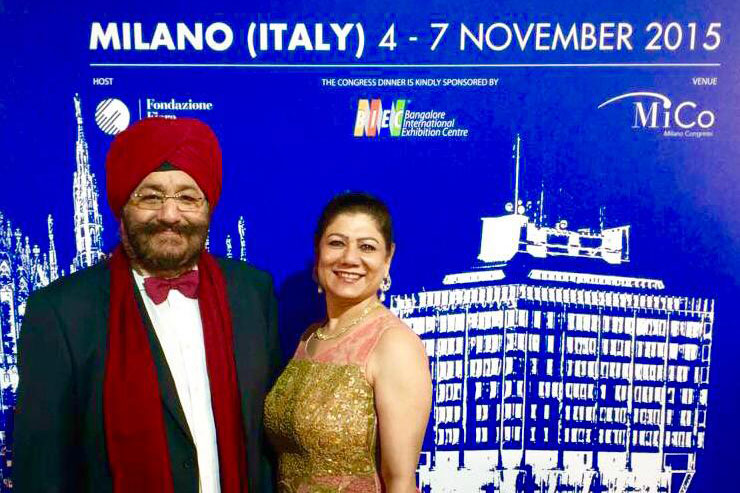 As he built the organisation, Sethi said a goal was to ensure new entrants didn’t get bogged down with bureaucracy and logistics. “It wasn’t easy. We evolved new rules and systems in play with government support – to make it less bureaucratic. At the same time we introduced the Western site logistics concept. In fact, we perfected it.

“But, at the macro level, something big was lacking. Some years had passed and I saw that organisers, venues and service providers were not acting together in doing things for our industry.

“That is when a few of us got together and formed the IEIA. With my global exposure, I was able to attract several inputs to bring about a right association mix for our needs.”

He has clearly spent a lot of time, effort, and money on the IEIA over the years. Why?

“One simply had to invest back into the industry for us all to benefit,” he says.

Sethi is also active in UFI, AFECA, IAEE and more, and is often referred to as India’s global industry brand ambassador.

“My initial involvement in global associations was limited to networking and picking up bits and pieces of knowledge,” he admits.

“That changed fast when I saw the extent of negativity about India at these forums. My patriotism would get the better of me.”

Sethi has been flying the flag strongly ever since, giving presentations, bringing in delegations, and, of course, holding top positions in global associations.

He was on UFI’s Executive Committee and now chairs its Industry Partners Working Group; he is on the AFECA Board and is one of its Vice-Presidents; is prominent in the IAEE and its Indian activities; and is IEIA Vice-President. 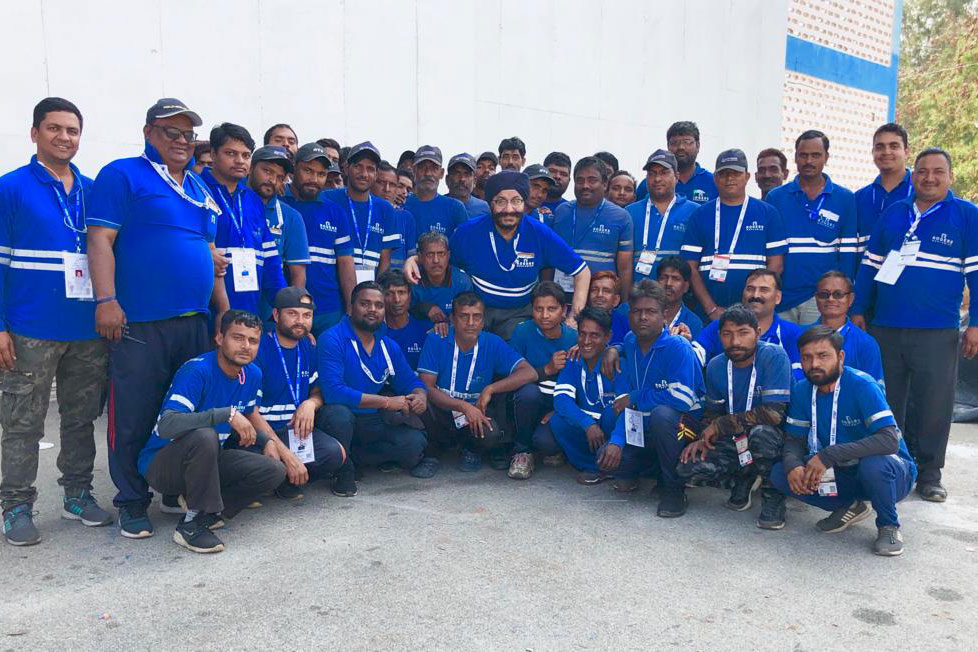 “In the initial years, I was literally the sole proponent of India. Things have changed. We now have the IEIA upfront at these forums, and Anbu is soon to become UFI President.”

There are no signs of slowing down, however. Sethi still attends most relevant global forums.

Sethi also plays a key role at IELA, (International Exhibition Logistics Association), which, he says, “has grown in numbers, spreading from being a European-based group years ago to becoming a truly global association today.

“We’ve been members for 25 years and ’ve been actively involved from day one; I’ve chaired Working Groups, been on the Board twice, I chair the Committee now, and was Chairman way back in 2005. I’ve proudly done it all.”

How does he view the changing relationship between vendors/organisers, contractors and visitors?

“In the good old days almost every organiser viewed the vendors as their partners. Today, more and more organisers view them as their contractors. Very sadly, we’re moving apart.”

At least standards are an anchor, and RER was one of the the first in the sector in India to achieve ISO certification, although Sethi says he was initially against it. “I only agreed to pursue the certification for marketing purposes. But my thinking changed very fast.

“Today we have the quality, environment, and health and safety accreditations that are being strictly followed.”

Sethi has played a prominent role on the freight side, where his company has helped put systems in place, such as customs procedures, carnet acceptances, site handling systems, etc.

“On the global side, we have used our connections to put the Indian exhibition industry in its correct perspective, be it at UFI, IELA, AEO, IAEE, SACEOS, etc. India today is not the India of many years ago,” Sethi underlines.

The exhibition business is a fast-moving industry and often in the limelight, but which events have given Sethi the most personal pleasure?

“Our main line of business has always been exhibition logistics. Some years ago we diversified further into other select areas - sports, entertainment, and defence projects.

“Handling three editions of Formula One, besides being a huge challenge, was a delight. It was great to rub shoulders with the likes of Vettel, Rosberg, and the grand old man, Bernie Ecclestone himself!

“Over the years we’ve done the logistics for many in the entertainment business and have been backstage with Peter Gabriel, The Stones, Springsteen, Tina Turner, Spice Girls, Enrique and Justin Bieber. But the one who stands out is Bryan Adams - what an artiste and what a gentleman!”

“I would add that handling highly prestigious defence projects gives us a great sense of pride - it’s not only about business here.” 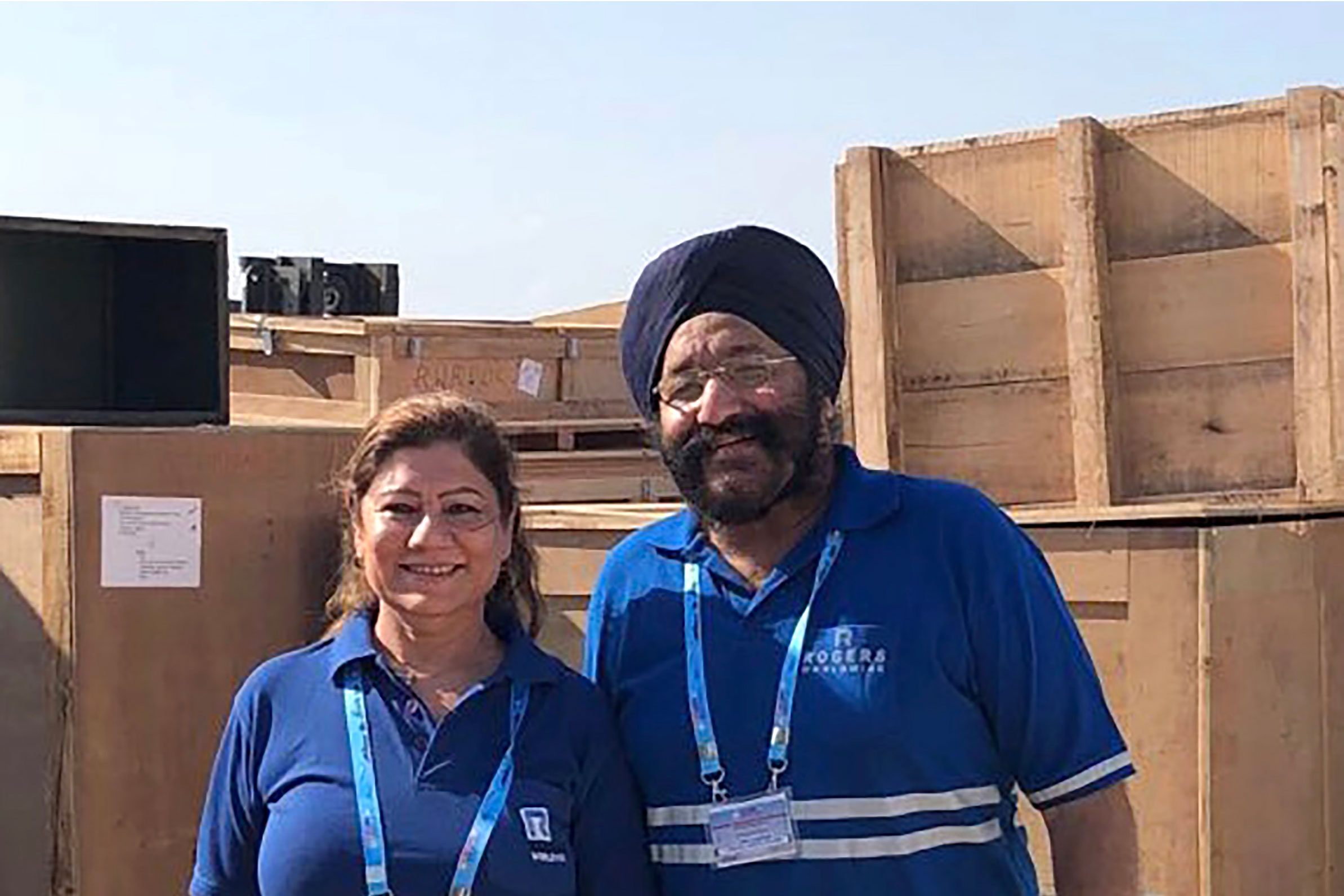 So, what questions should organisers and exhibitors ask before they begin planning an exhibition in India?

“Some of the questions apply to most parts of the world and include issues around customs rules, documentations, time frames, taxation, etc. However, they should pay attention to where in India they are considering doing business, as well as issues of connectivity, geography, culture, weather, cuisines, and language.

“For example, doing an exhibition in Kolkata, Hyderabad, or Delhi could make you feel you are in three separate countries.”

Why does he think there is still no national CVB to advise the international market?

“The Indian Convention and Promotion Bureau (ICPB) does exist and is a strong body with government support. The only issue we have is that they’re only focused on promoting conventions and tourism. Nothing directly for the exhibitions industry.

“The IEIA is, however, taking a lead in getting our sector more recognised in government circles. Things are happening, so watch the space.”

Sethi acknowledges the ongoing challenge in India of the lack of state-of-the-art venues in some key cities, but he prefers to emphasise India’s unique attraction, potential and its democracy.

“We have a young demographic and a mammoth middle-class of 400m-plus people who have tremendous buying power,” he says.

“Not so long ago foreign organisers could not open their own offices. Today, there must be at least a dozen major players with their own set-ups.”

And, a final piece of advice for those considering entering this vast market?

“Patience, patience, and patience,” is the tiger king’s mantra.