London Mayor turns the guns on DSEI at ExCeL 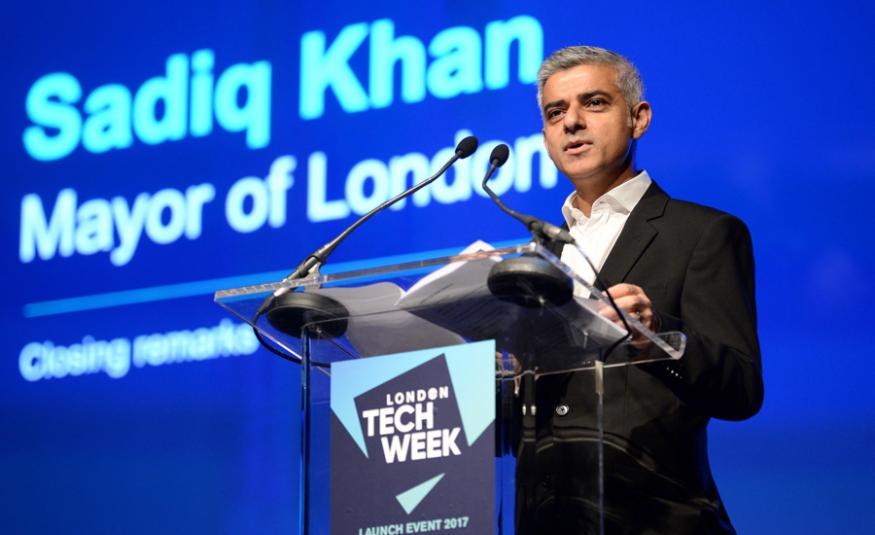 London Mayor Sadiq Khan has told organisers of major arms show DSEI (Defence and Security Equipment International), Clarion Events, that he will ‘take any opportunity’ to prevent the tradeshow from taking place in London in future years.

The Mayor has also told Clarion Events to ‘foot the bill’ for policing costs, which some sources estimate to be almost £1m (US$1.24m).

The Mayor wrote in his letter to Clarion: ‘As we approach DSEI, I have once again heard concerns about the fair raised by the local authority, London Borough of Newham, local residents and Londoners. As I stated in 2017, I too strongly oppose this event taking place in London. London is a global city, which is home to individuals who have fled conflict and suffered as a consequence or arms and weapons like those exhibited at DSEI.’

Khan went on to explain that the DSEI show in 2017 involved over 2,800 police officer shifts over a 12-day period. He added: ‘In order to represent Londoners’ interests, I will take any opportunity available to prevent this event from taking place at the Royal Docks in future years…and in the meantime that you will look to cover the costs of policing the event incurred by the Metropolitan Police’.

The Mayor’s broadside against the event aligns him with protesters who have long campaigned against the event. Clarion has pointed out that its show isn’t just about selling weapons, but has a strong emphasis on security, including defending cities against terrorism.

Khan’s line is at odds with the city’s convention bureau attempts to highlight the significant economic benefits of hosting a show like this. The impact from the show on the UK’s defence industry and economy is a considerable one.

Burgham replied to the Mayor: ‘DSEI takes place every two years at London’s ExCeL Centre, and it is now in its 21st year. DSEI 2019 will showcase a variety of cutting-edge technologies from across the whole spectrum of the defence and security industry and includes military systems and vehicles, training simulators, software, ships, helicopters, life rafts and rescue boats, medical, medevac and air ambulance kit, de-mining and mine detection equipment, disaster planning tools, water purification systems and search and rescue equipment.

“The event serves only the interests of the legitimate defence and security industry, which is the most highly and tightly regulated in the world. Teams from HMRC, BEIS, DIT-ECJU and the other Government agencies responsible for enforcing the law at DSEI are on site during setup and throughout the exhibition.’

A spokesman for Clarion Events added: “DSEI pays for 100% of the cost of the event’s security and policing and always has done. This includes the attendance on site of Ministry of Defence Police, who have a specific responsibility for protecting British military personnel and equipment. Their costs are paid for in full by DSEI. DSEI does not require the attendance of the Metropolitan Police on site.”

A number of protest groups have been running their own events outside of the ExCeL campus, throughout the week (as has been done during previous editions of the tradeshow).

Burgham also pointed out that it was the Metropolitan Police’s decision alone as to whether they attend and what level of resourcing was required to police the event.