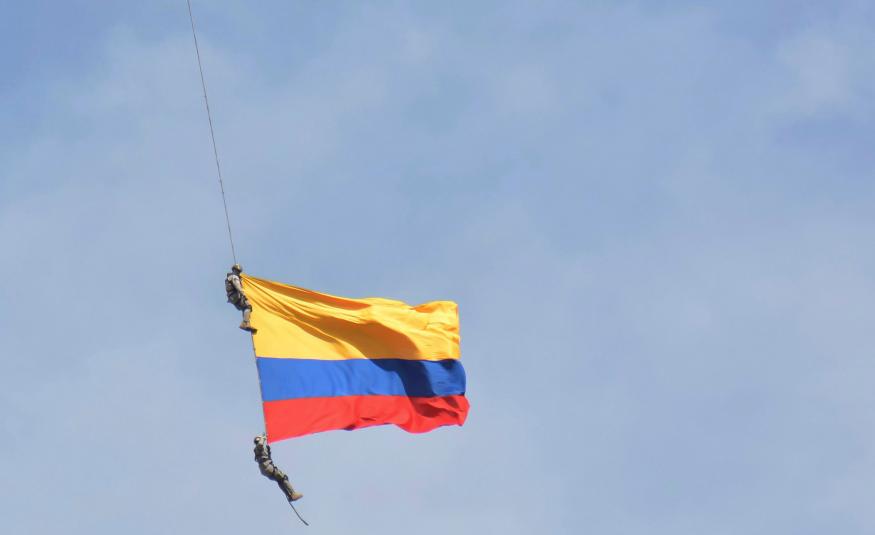 Two members of the Colombian Air Force accidentally died after hanging from a helicopter and showing the Colombian flag over the Medellin Flower Fair.

Jesus Mosquera and Sebastian Gamboa plunged to their deaths wrapped in the flag when a cable hanging from the helicopter snapped during the stunt on 11 August.

Moments earlier the airmen had been clinging to a metal cable and waving to the festival crowd below during a parade.

Colombia’s defence ministry said it was investigating the cause of the tragedy and the city airport was closed.