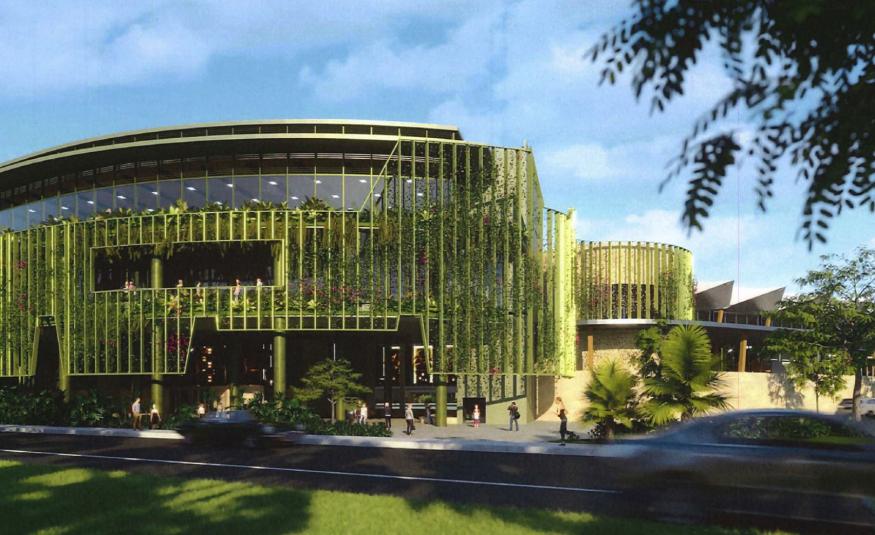 Queensland in Australia’s Premier Annastacia Palaszczuk has announced the expansion of the Cairns Convention Centre will be bigger and better than expected.

Drawings have been released of the new Convention Centre showing a new tropical-themed entrance and Sky Terrace offering views of Trinity Inlet.

“We only get one chance to do this so we’re going to do it right,” the Premier said.

Member for Cairns Michael Healy added the announcement showed the government’s commitment to the Far North.

“The Convention Centre is an engine room for the Cairns economy and as far as I am concerned the bigger the engine the better,” he said.

It’s expected the centre will close between May and October 2020 to begin the works with a completion date of early 2022.

“Not only will it enable the centre to host additional events, it will enhance Cairns’ standing as a world leader in business events and tourist destination,” he said.

The Centre, which has been operated by AEG Ogden since it opened in 1996 and twice named winner of the World’s Best Congress Centre (2004 and 2014), will undergo a refurbishment of existing facilities and an expansion providing an additional 3,000sqm of meeting, banquet  and exhibition space, overlooking The Inlet.

Lister said it was expected the new meeting spaces would add an additional A$30m to A$50m economic impact to the region.

“One of the main selling points will be the ability of the venue to host concurrent events at the same time, ie a basketball game and a convention or two conventions,” he said.

General Manager Janet Hamilton and her team are developing a sales and marketing strategy focusing on national and international clients particularly in Europe, North America and the Asia Pacific region, Lister noted.

“It’s important we continue building upon the momentum being generated at the Centre at present,” he said.

“In 2018, venue bookings generated almost 134,000 room nights and contributed about A$80m in direct spending to the regional economy.

“This upgrade and expansion will allow us to continue playing a significant role in bringing high yielding business event delegates to the region,” Lister said.