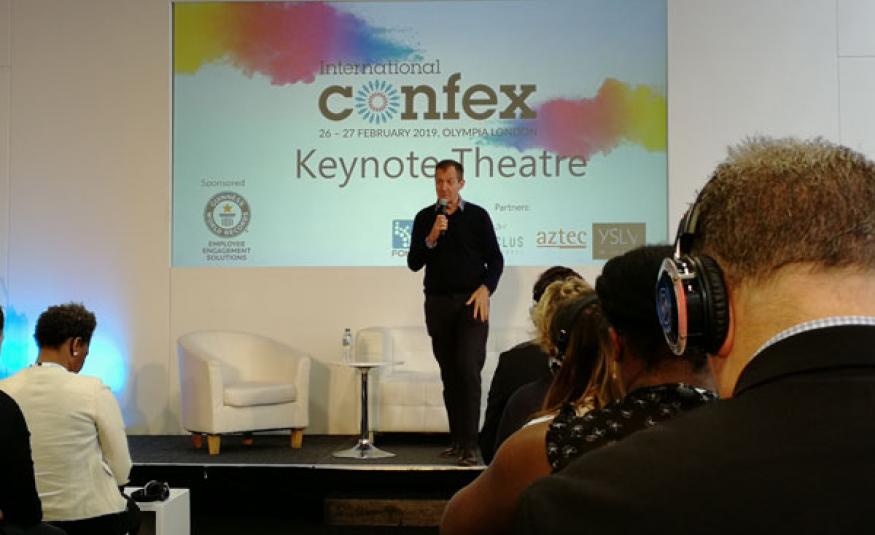 Politician and journalist Alastair Campbell made an appearance on the main stage of Confex 2019, providing a ‘state of the nation’ update on Brexit and other issues.

He began by speculating about the reasons Brexit appealed to so many during the referendum, commenting: “I don’t think Brexit was even about the EU. I think it was to do with the financial crash.

“The people who were hit hardest by it have been alienated from the political and economic elite.”

This, Campbell says, can be traced as the root of the populist politics which have sprung up around Donald Trump, the Leave campaign, and many right-wing politicians across Europe and beyond.

“The media has changed,” said Campbell. “We are connected to things as they happen, and Trump has led us to an age where the media is constantly looking for the next scandal, the next controversy.

“We don’t hold people accountable for things they said or did months, even weeks, ago.”

Campbell also proposed that perhaps populist politics appeal because they connect to voters’ emotions rather than just providing facts.

He also questioned whether democracy, particularly in the UK, is moving too slowly – pointing to the decision to build a third runway in Heathrow taking 20 years, while China has been building new infrastructure left, right and centre.

Finally, Campbell closed by touching on the subject of mental health, which he has struggled with in the past. The events industry, he said, is one that generates immense amounts of pressure.

“I cant imagine living in a world without pressure, and sometimes it can be helpful” he said. “But we need to know when it tips over and affects our health negatively.”