Why cutting-edge Busan is on the rise in South Korea 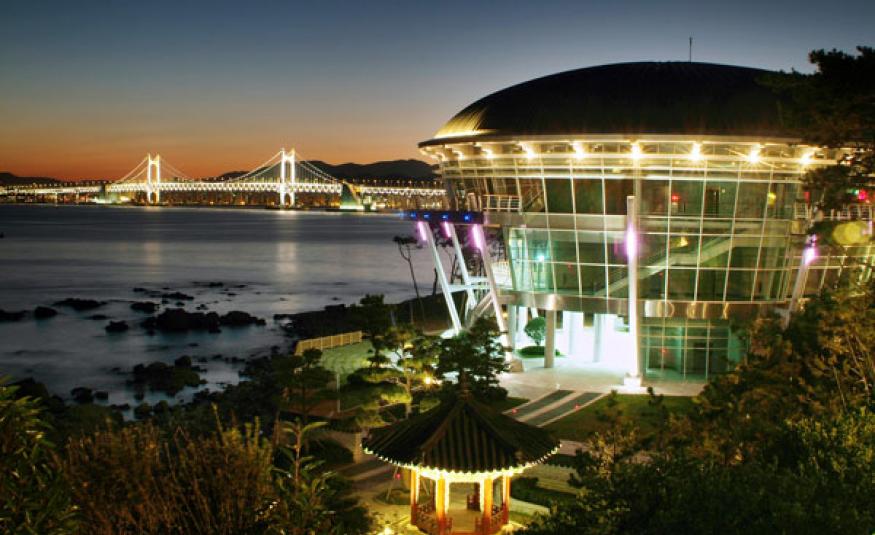 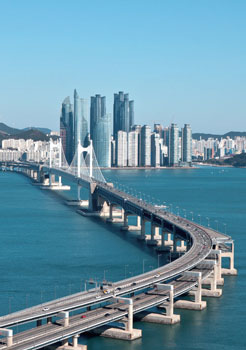 A vibrant port city with a 3.5m population, Busan offers an attractive location, extensive exhibition infrastructure and accessibility. It is also one of the safest destinations in Asia.

If a destination is dealt its geographical position, then government support is not always a given. The City of Busan clearly appreciates the power of events and, in March 2018, announced the ‘Busan Metropolitan City MICE Industry Comprehensive Promotion Plan’. It says the plan can help the city “take the next leap forward and truly become a MICE hub city of Asia”.

The MICE industry has been designated as one of Busan’s five key strategic industries and there are several projects underway in the city, which it is hoped, will help entice more exhibition organisers. They include plans to open more than 10 hotels over the next four years and a colossal redevelopment of Busan’s port, which is expected to be complete by 2020 at the cost of KRW14.7 trillion*.

There is also a KRW 4.1 trillion expansion programme for Gimhae International Airport which should be able to accept 40m passengers every year by 2026  and connect Busan with over 100 cities around the world. 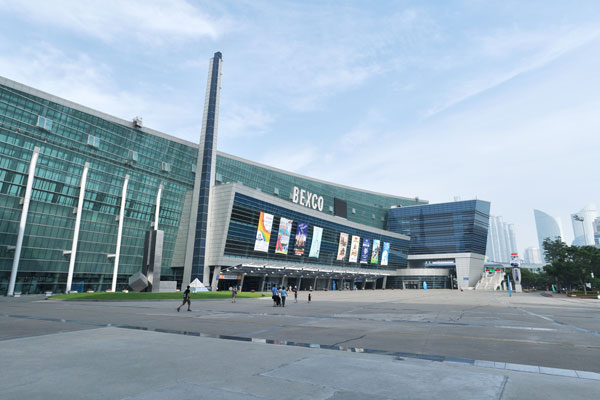 BEXCO has successfully held numerous important large exhibitions and in 2018 conducted an aggressive marketing campaign both at home and abroad to promote its expansion as a MICE platform.

BEXCO’s plans include striving to transform itself into a ‘smart’ exhibition and convention centre and the venue has also installed an advanced smart security system to make its exhibition environment safer.

BEXCO has developed a smartphone application (Smart BEXCO) that uses Bluetooth beacons to provide visitors, organisers and exhibitors with a variety services. The venue also introduced a smart parking system that allows visitors to get information on parking availability in advance before arriving at the parking lot.

In terms of challenges affecting future growth of the Busan exhibition industry, the need to build up more direct international flights into the city figures high. Expansion of the main airport should help this process. 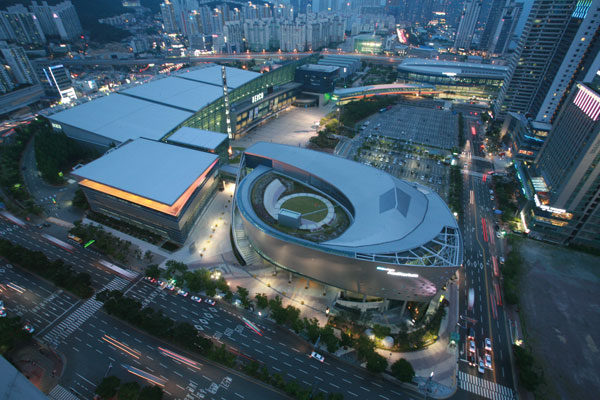 Busan also offers some unique venues including F1963, an old factory renovated into a cultural complex; the Busan Cinema Center, able to host 5,000 outdoors and 900 indoors for events; the venue for the 2015 APEC Summit, Nurimaru APEC House with its stunning sea views, and also The Bay 101, a chic centre specialising in car launches and glitzy events. These are just a few of the more than 40 unique venues promoted by the city CVB.

Of course, the rate of development of the trade fair and MICE sector will also not be possible without long-term support from Busan Metropolitan City authorities and the depth and speed of that support will likely depend to a large extent on the political backdrop provided by relations between North Korea and with China. 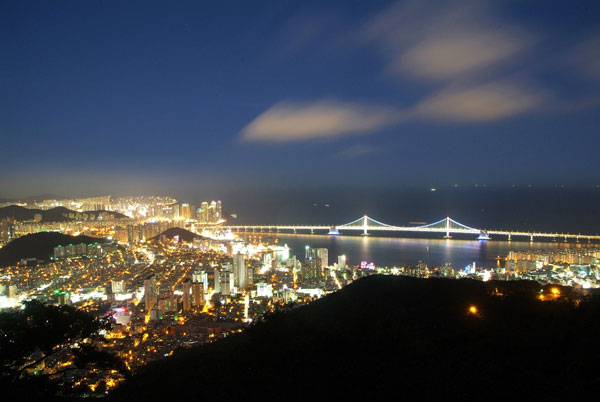 The banning of trips by Chinese tourists to South Korea was illustrative of the negative dimension at play here.

Ongoing competition from Japanese, Chinese and fast growing cities of Southeast Asia will provide other major challenges for Busan, but with South Korea’s aggressive marketing post-Winter Olympics and the interest generated by K-Pop and the wider Hallyu cultural ‘wave’, not to mention the innovation provided by the country’s technology corporations and start-ups, and the Korean chemistry seems set to produce even more value for event organisers.