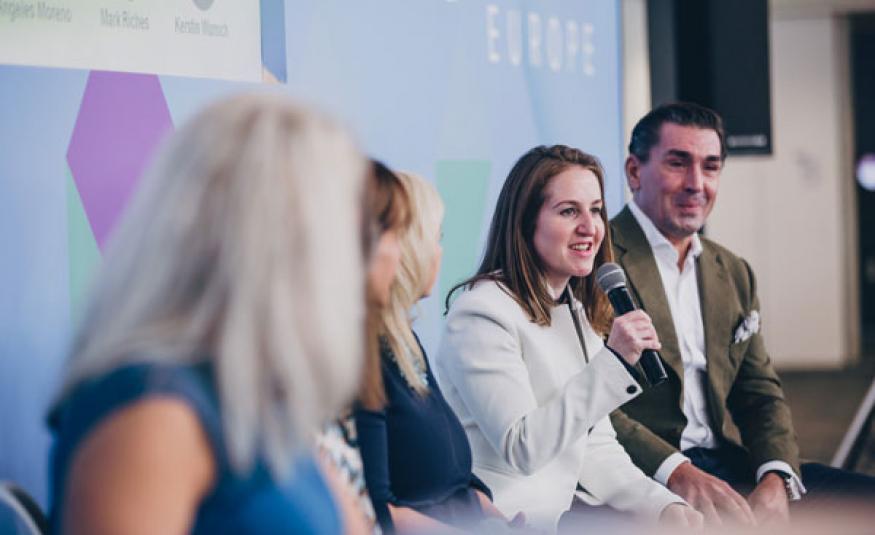 Following a panel discussion on women in events at Cvent CONNECT Europe, Nicola Macdonald sat down with IMEX CEO Carina Bauer to hear about her experiences as a woman in the industry.

What has been your experience as a woman in the business events industry?

Ours is a family business, so I haven't had some of the corporate struggles that some people have had. I’m very aware of that but there’s no doubt that being a senior woman in either the exhibitions or meetings industry, you’re in a minority without a doubt.

Being a young female, you’re in an even greater minority. It’s not so stark for me now, mainly because I have more longevity in the position and I know more people.

My experience over the last 15 years was as much about being a young woman in a leadership position as being a woman. It is that unconscious bias, we all have it, and we as women do it as well. If you picture a CEO of a business what comes into your head?

The starkest thing that I have had to work out how to deal with is in networking situations where you see the surprise in people’s eyes, or they talk to you in a certain way, then they find out who you are and change tack. I’ve had people assume I’m the secretary. That is unconscious bias at its basest level. It hasn’t affected my work and it hasn’t affected my progression because I haven’t been in the kind of company where it would, but it certainly has its own challenges.

Do you think the industry is moving in the right direction?

The exhibition industry is notoriously male-dominated, so it’s great to see more women in leadership positions.

It’s about how you go from that middle management level up to CEO, if you want to. That’s another thing that’s not talked about; some women don’t want to, and that’s OK as well. Part of that is our expectation of leadership.

I think we can change the narrative a bit, so that more women might be inclined to say: “I’ve had kids, and I can't be out every night or work ‘til 10pm every night.” If that’s accepted and we break down those norms I think more women would think, “I can do that.”

We need to understand the shared role between parents; what does a business honestly expect its leaders and its workforce to do; can it really flex or are we just talking about it?

Men want it, too; they want to look after their kids, they want paternity leave, they want to take part, but socially in many organisations and industries it’s not acceptable.

Do you feel the need to be a spokesperson and a trailblazer?

More so now. As this issue has gained traction, I can see how important it is to be visible for other people coming through.

It’s about that unconscious bias; can you see yourself in that position in 10 years’ time? You might aspire to it, but do you believe you can do it? I remember being on a panel years ago and someone put their hand up and said, “I’m in my early 30s, I’m married, I’d like to have a family but my career is important, what do I do first?”

As women we need to see other women who have done that and come out the other side.