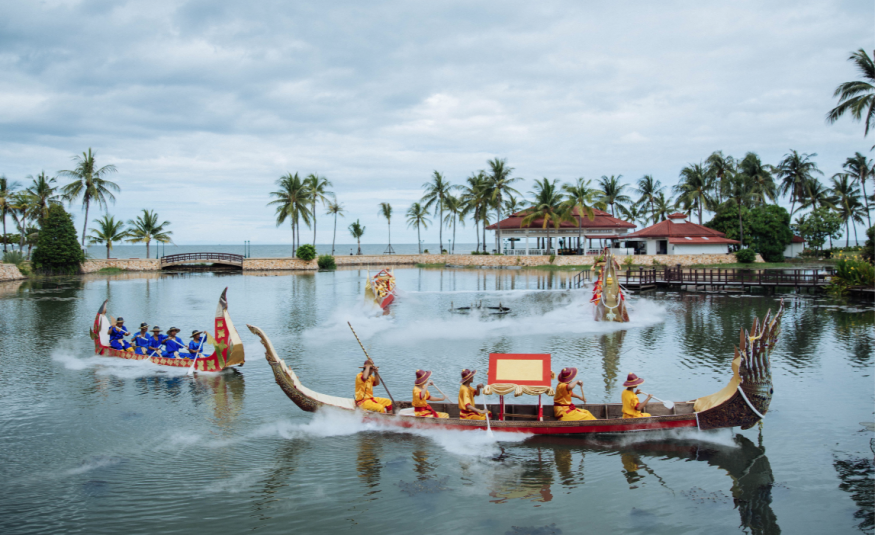 Asia’s continued global dominance as the home for investment and economic growth shows no sign of abating as we approach the third decade of the 21st Century. International momentum provided by the titans of industry such as China, India, Japan, Korea and the ASEAN, gives the continent continued dominance over the front pages of magazines in just about every industry outside of petrochemical production.

Because, while it remains home to almost half the world’s population, the combined production wealth of Asia today accounts for 32 per cent of global GDP.

In the south east of the continent, Thailand’s centrality forms a natural hub connecting Asian economies from north to south, ranging from China to Indonesia, and from east to west, linking Vietnam to Myanmar. 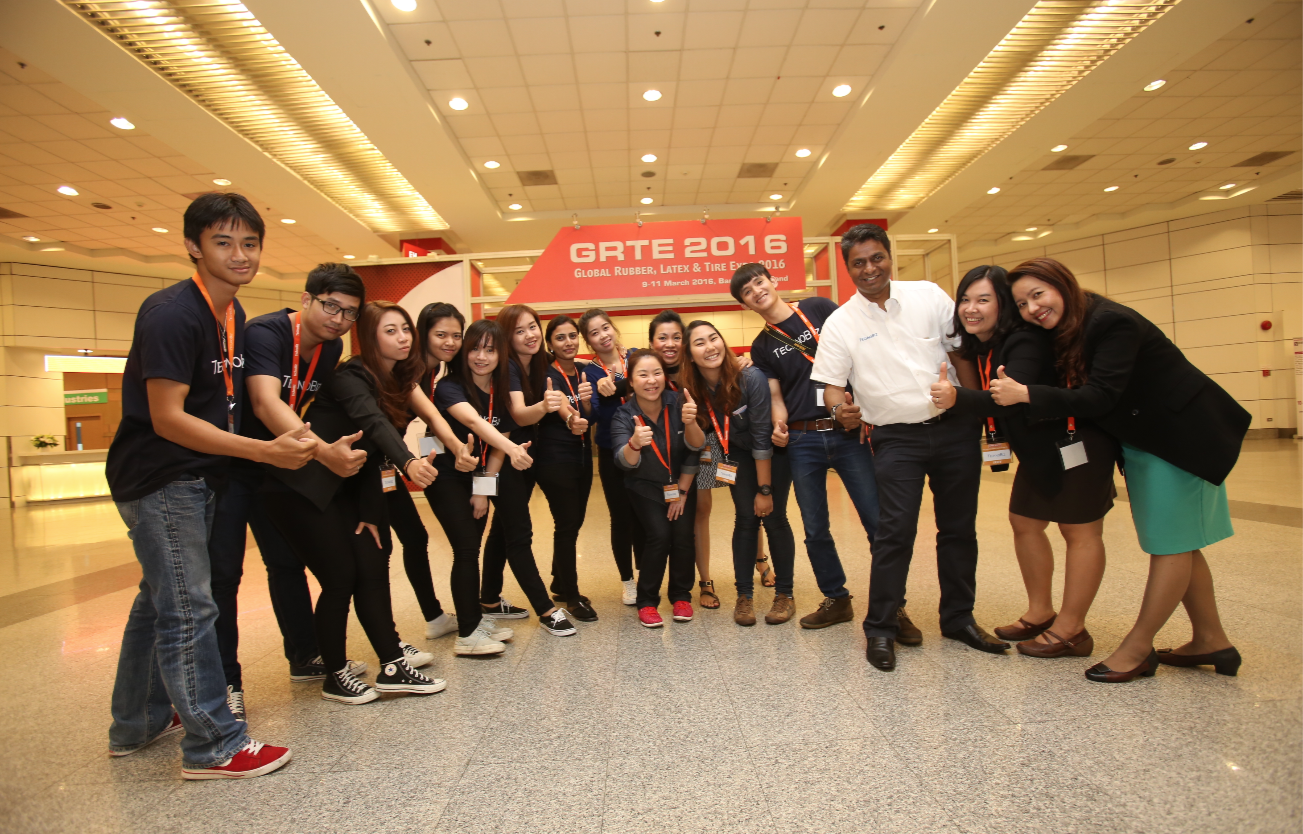 The country is strategically located at the heart of the ASEAN Economic Community, an attractive centre for regional production, trade, export and transportation. Surrounded by the world’s fastest growing economies, CLMV, Cambodia, Laos, Myanmar and Vietnam, Thailand presents perhaps the best investment destination in ASEAN.

Today however, the focus is very much on the country’s infrastructure and industrial development on its eastern seaboard.

For more than 30 years Thailand’s eastern coastal area has been the centrepiece of Thailand’s economy, linking trade and investment with the rest of the world and rightly earning a reputation as one of the wider region’s major industrial areas.

It is, for example, a major global production base for motor vehicles and electronics, a product of its integrated deep sea ports and modern facilities, with petrochemical investments that rank among the top five in Asia.

The region is rich with energy sources and materials for manufacturing, as well as an important provider of professionals and some of the most skilled labour in the ASEAN.

Today the Eastern Economic Corridor, a US$45 billion development project covering an area of approximately 13,000 square kilometres, is being pitched as the ASEAN region’s future centre of industry, the ideal place for regional HQs for multinational companies in the coming decades. 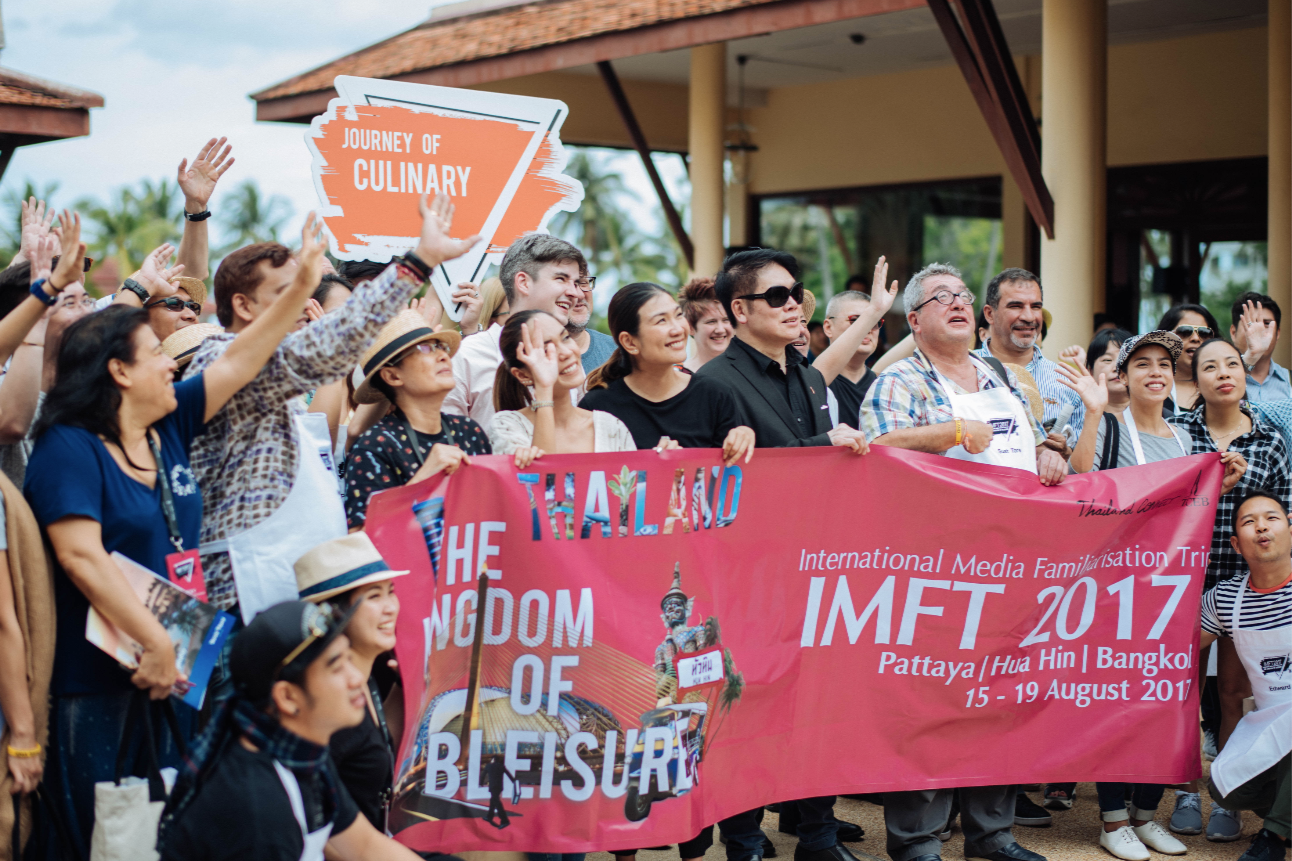 Speaking at the recent TCEB International Media Familiarisation Trip conference, economist Dr Cholachit Vorawangso Virakul said that the development will be the flagship project of the Government’s Thailand 4.0 project, an investment-led transformation tool for the evolution of Thailand’s economy.

“The EEC is a pivotal initiative for Thailand as we progress towards our economic and social goal of Thailand 4.0. It will be the most complete and special economic zone in Thailand, containing commercial metropolises of the future and providing a investor’s gateway to Asia,” she said.

It is, however, not the only story of infrastructure development that organisers can look forward to in Thailand. 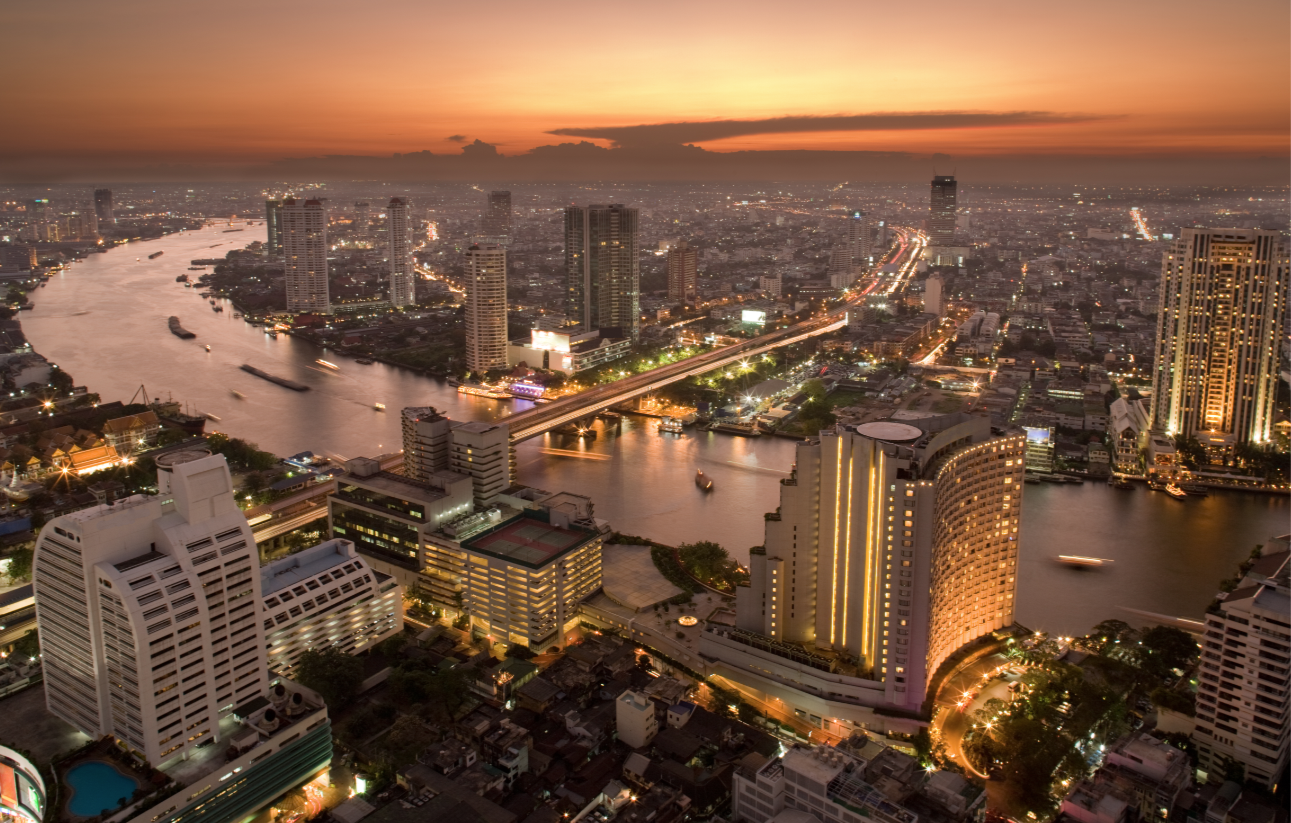 A new centre for Thai trade

Thai logistics firm Best Group and the Shenzhen (China) property company Hydoo International have raised US$3 billon to finance a giant financial technology, trade and logistics centre on the Gulf of Thailand, south east of Bangkok.

When complete, the centrepiece of the 2.5 square kilometre Trust City World Exhibition and Trade Centre will be a towering 100,000sqm exhibition hall, topped by meeting and seminar rooms. The development project, earmarked for a site near Suvarnabhumi Airport, has already begun taking shape and is expected to be completed by 2020.

Speaking at a launch event for Trust City in September, the Thai president of the joint venture Sittichai Charoenkajornkul claimed the hub would become the largest exhibition centre in the world; a single venue capable of hosting all Thailand’s export industries.

In addition to an exhibition venue, the project will also accommodate more than 20,000 wholesale shops, 5,000 business-class hotel rooms for traders and tourists, 6,000 less expensive rooms for employees, as well as serviced apartments and 30,000 car parking spaces in a dedicated ‘automotive zone’.

“Trust City will open Thai trade and commerce prospects to the world like never before,” commented Charoenkajornkul.

Not all developments for exhibition organisers in Thailand are made of brick and mortar, however. 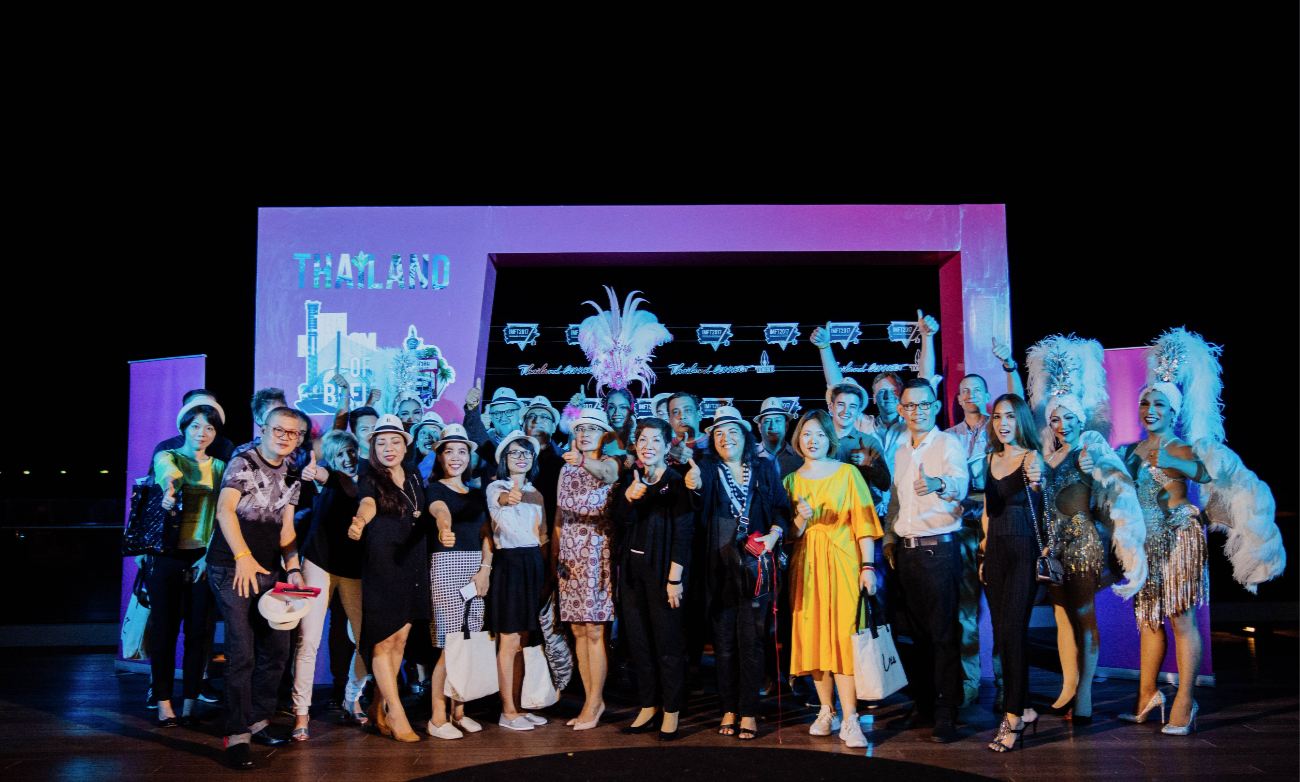 International employers with operations in Asia have in the past been obliged to undergo the cumbersome task of drafting ‘work rules’ (a handbook, essentially) and filing them with local labour authorities. This is common practice in Taiwan, Japan, and Korea, but as of this year organisers employing local labour can remove Thailand from the list.

Perhaps the catalyst for this particular development was Thailand 46th ranking on the World Bank Group’s Ease of Doing Business rankings out of 190 countries. The council may have felt that changing perceived onerous requirements was necessary for Thailand to increase its competitiveness and become a more effective investment hub for overseas investors. 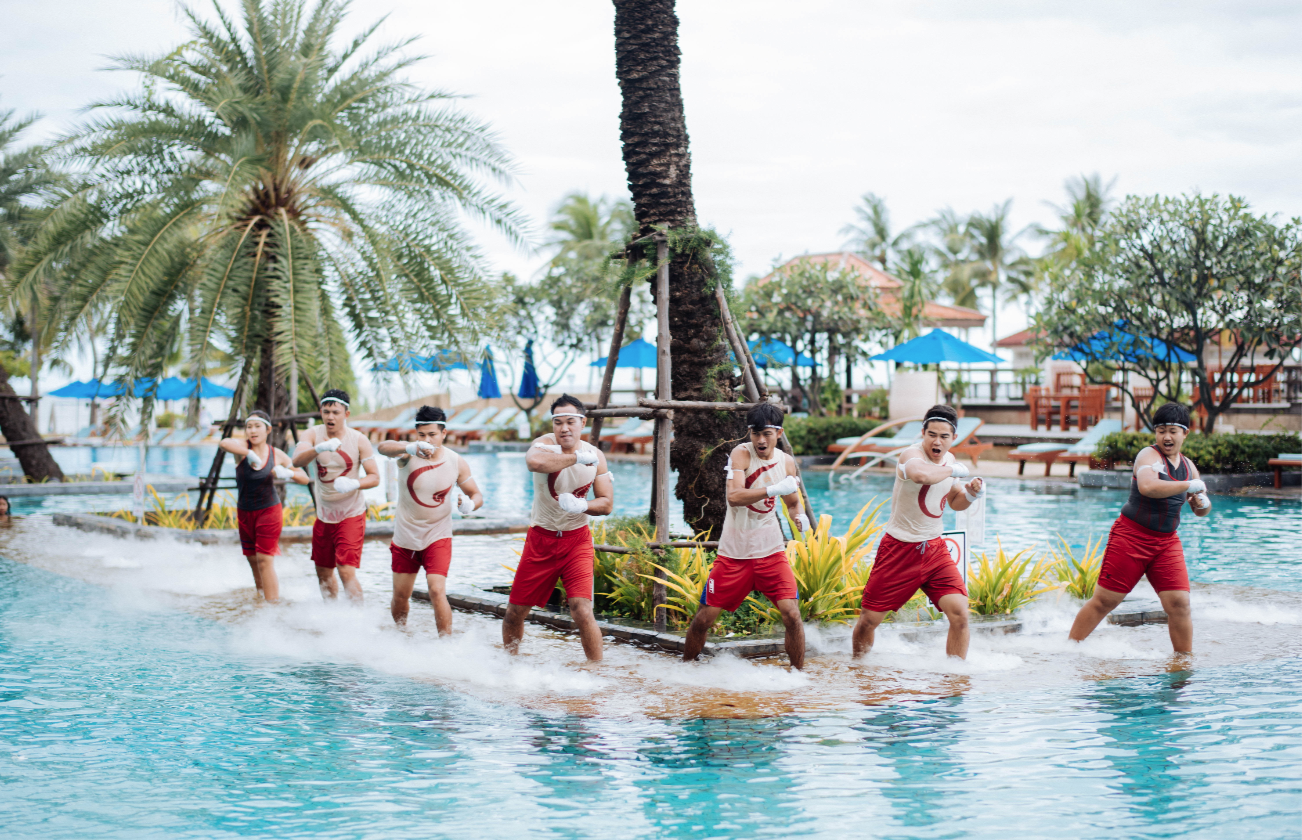 Thailand has made great efforts to reduce its dependence on imported and fossil fuel energy in recent years, doubling its production of renewable-energy to 30 per cent by 2036. The government aims to reduce greenhouse gases by 25 per cent in the same period, a bold commitment given Thailand’s fast growing – and power hungry – middle class.

It appears that they already are. Sustainable Energy and Technology Asia, which also took place at Bitec in March, and Asian Utility Week, which next takes place at Impact in June 2018, are other key events flying the flag for modern, clean energy in a region increasingly dependent on locally derived power.

The automotive sector is another of Thailand’s key growth sectors. According to the International Organization of Motor Vehicle Manufacturers, Thailand is the 12th largest automotive producer and the sixth largest commercial vehicle producer in the world. The country produces more than 1.5 million commercial and personal vehicles every year, and is home to the operations of global automotive giants such as Ford, Isuzu, Mazda, Mitsubishi, BMW, General Motors, Honda, Mercedes-Benz, Nissan, Tata, Toyota, Volvo and SAIC.

And today it is also a major buyer of these vehicles. These brands are all on regular display at – among other events – the Bangkok International Motor Show, which reached its 38th edition in April.

Energy and automotive are just two examples of the many industries Thailand can provide a launchpad for in South East Asia. And good industry links are just one facet of a successful exhibtion destination. A diverse approach to attracting business events is evident in Thailand’s new campaign ‘Bleisure’; which attempts to balance professional accomplishment with a vacation experience for business event organisers. By engaging in ‘business-leisure’ as the name suggests, organisers can foster a professional atmosphere for events while retaining the sense of playfulness that comes from a short break at a vacation hotspot.

Three hotspots were singled out by TCEB this year to showcase Bleisure in action: Pattaya, which sits 143 miles south of Bangkok, another tourism-based destination Hua Hin on other side of the gulf, and the capital itself; three vibrant destinations that demonstrated the country’s ability to host events that satisfy both business and leisure needs.

So who is Thailand looking to attract? It welcomed 8.5 million international business events travellers in the past decade, generating 782,594 million baht. Interestingly almost five per cent (417,000) of these travellers were from Japan, making its national MICE contribution to Thailand’s economy 34,788 million baht.

But Japan is one of many investors. To succeed in bringing business to Thailand in the first place, there must be a genuinely compelling case, and this year that case is being made not only in the shape of large scale redevelopment, fresh enterprise and connectivity on Thailand’s eastern seaboard, but in exhibition industry development on many counts. EW