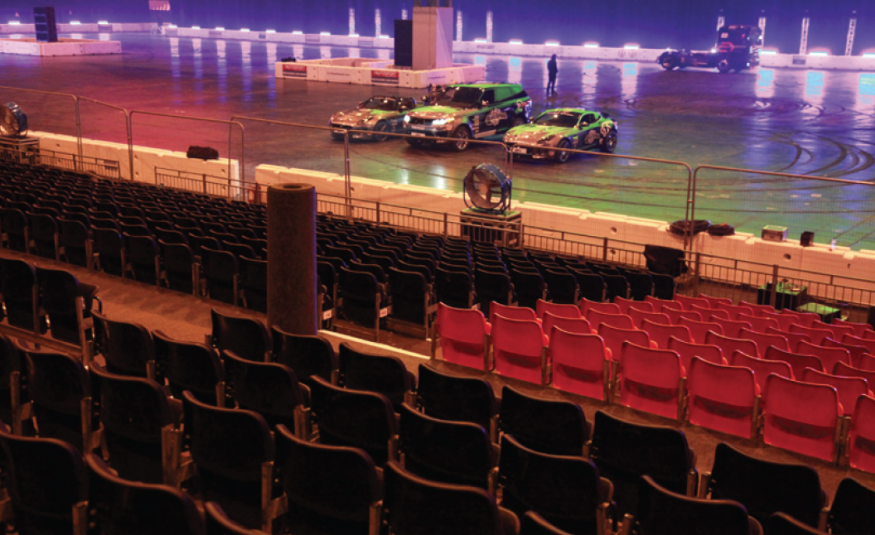 AutoSport International called upon Arena Seating for the 16th year running to supply a 4,361-seat grandstand at the NEC Birmingham, 14-17 January.

In addition to the tiered seating, Arena Seating also installed three platforms into the Live Action Arena; one control platform, one VIP platform and a disabled viewing platform. The 22 Arena crew installed all the equipment into the venue within three and a half days.

The adrenaline-fuelled motorsport event showcased everything from go-karting to Formula 1, collating everything a petrol head could wish for under one roof, attracting enthusiasts and professionals alike. The first two days opened to trade audiences only, then the general public joined for the concluding two days; taking place alongside the Performance Car Show exhibiting high-performance machines.

Clark said: “Such a fantastic sporting event is testament to the dedication of the Arena crew.”