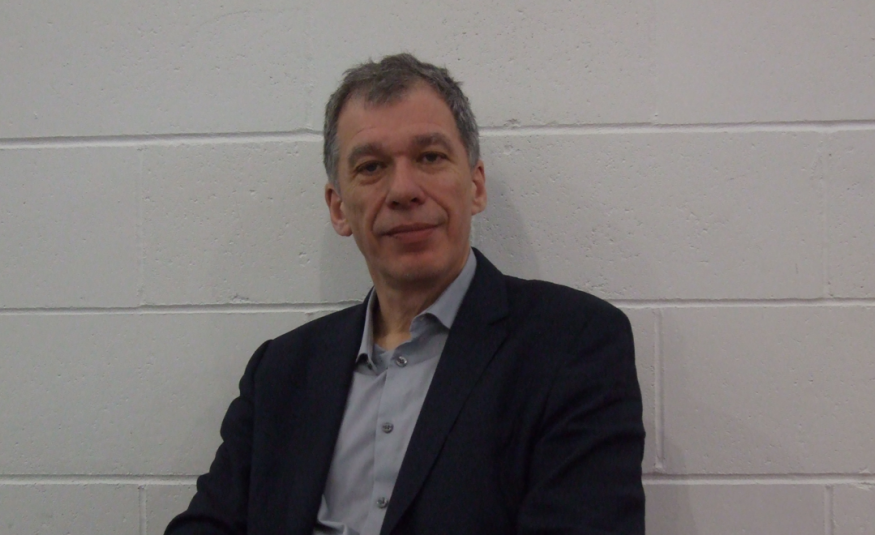 First off, the long awaited news of the sale of PR Newswire to US company Cision, a global provider of PR software and services, for US$841m which represents a historic EBIT multiple of 11.2x. As I suggested in a previous column, around 40 per cent of proceeds will return to shareholders as a special dividend and the rest will be earmarked for further bolt-on exhibition acquisitions. Given that UBM generally buys at lower multiples than this, it’s a nice piece of business.

For a while now, there’s been a nagging concern that Google, or more likely eBay, might be tempted by the live events sector, manipulating their endless data sources to pose a real threat to traditional exhibition organisers. UBM Asia is the first organiser to turn this threat to their advantage, tying up an alliance with Chinese e-commerce giant, Alibaba Group.

The starting point will be introducing Alibaba B2B business unit’s online secure transactional platforms and portals for companies participating in UBM Asia trade fairs such as the Malaysia International Furniture Fair, Finefood Shanghai — part of Hotelex Shanghai and Materials Manufacturing & Technology and Fashion Access in Hong Kong. Cross promotional marketing, match-making services and audience development of the two company’s brands and networks will be another key aspect in working towards creating the next generation of on and offline trade experiences.

It’s a clever move from UBM that might prompt a US-based digital giant to start looking at what the offline world might offer. 2015 saw 60 acquisitions compared to 75 in 2014. The main areas for the drop-off were China, Mexico, India and Turkey where the number of transactions dropped from 23 to just seven. The main reasons for the drops were the lack of availability of acquisition targets, except for China, which is more complex.

The economic slowdown played a part as did the general nervousness as the CFTC, now operating the new 400,00sqm Shanghai Hongqaio centre, and competing head to head with some of the bigger international shows such as UBM’s Furniture China. The high price expectations of the independent organisers also derailed some acquisitions.

However, looking at the number of deals already in process I expect to see an increase in activity in China in 2016. The growth in the USA together with private equity resulted in an increase in transactions. The chart below, showing the trend in acquisition activity in the USA, China and UK, is a good illustration of what happens when economies turn in different directions. 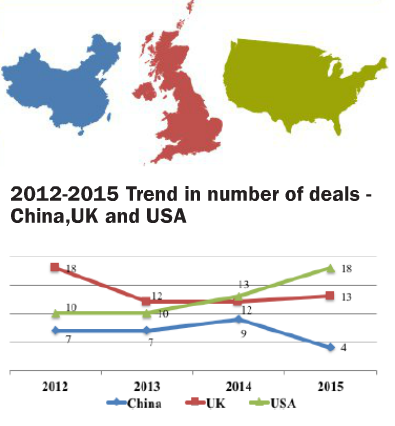 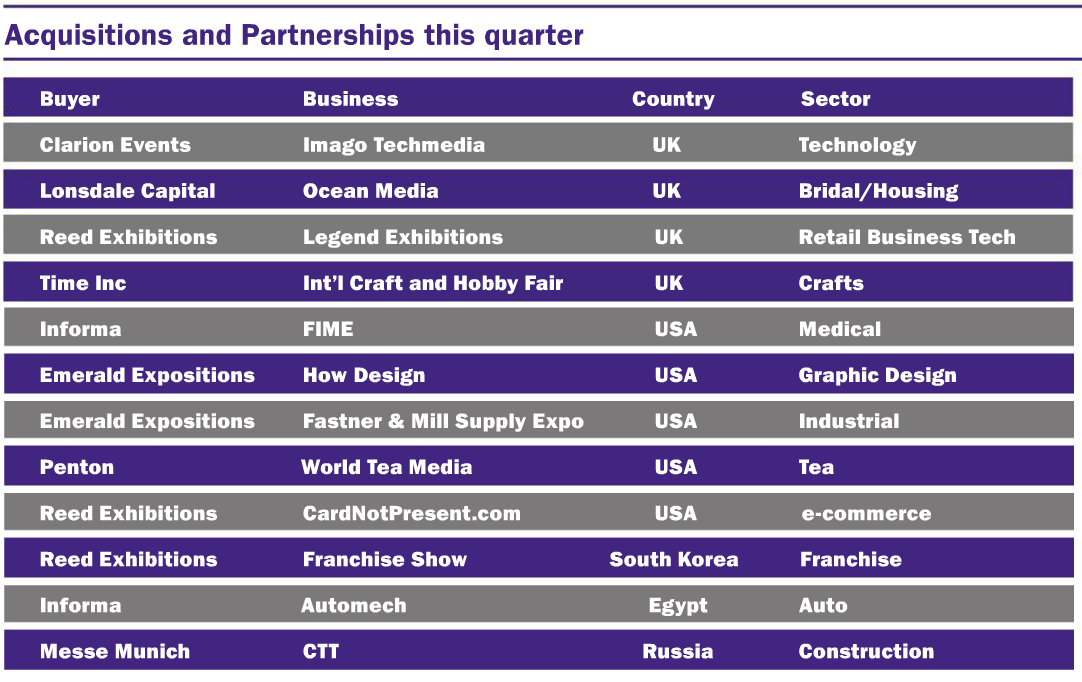